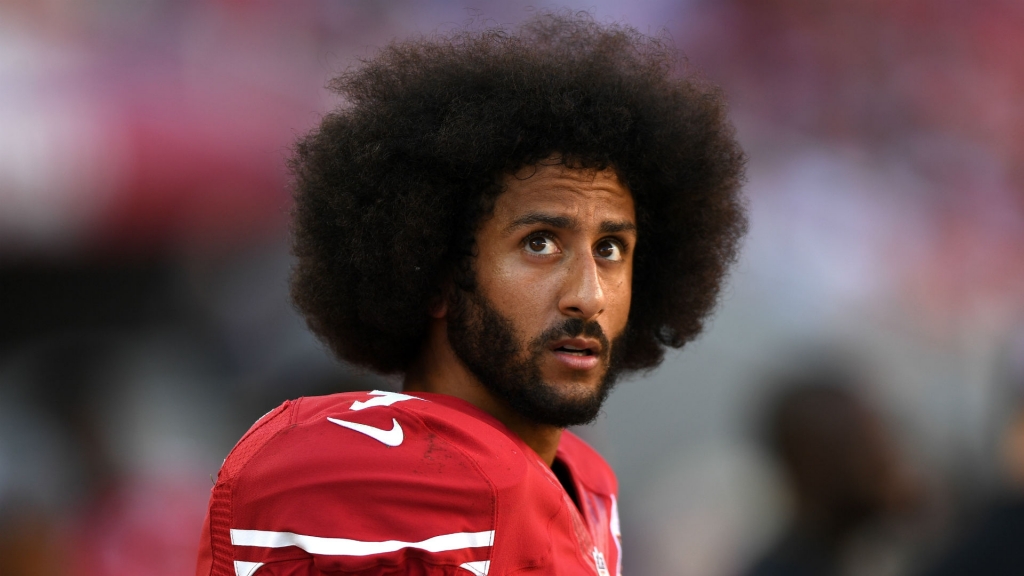 Another New York Giants loss, following the social media beef between quarterback Eli Manning, superstar receiver Odell Beckham Jr. and rapper Lil Wayne, has done nothing to chill the calls for the Giants to bench their future Hall of Fame quarterback.

The Twittersphere has been taking shots at Manning and suggesting that the Giants find another QB because the 15-year veteran is "punch drunk" as Stephen A. Smith called him on First Take and washed up.

ESPN’s Max Kellerman says that Manning has fallen off a cliff and the Giants need to make a move to sign blackballed NFL quarterback Colin Kaepernick who hasn’t played a down in the NFL since he began kneeling in 2016 and sparked the player protests.


Kellerman then wants Kaepernick to be used as a bridge from Manning to the eventual replacement, who will be drafted in the 2019 draft.

It’s not a bad idea, but it will never happen. Former Giants head coach Ben McAdoo did it for one game last season and it caused a fan revolt which led to him beign fired. The Giants don't want that PR smoke again. Besides, NFL owners have come up with every excuse in the book as to why they can’t sign Kaepernick. The longer he’s held out of the league, the less likely it becomes that a team will sign him.

Kellerman makes his living saying things that will make people’s ears perk up and get the Twittersphere mentioning his name. He knows that the Giants, who have had one black quarterback in team history won’t sign Kapernick, but at least he’s keeping the blackballed quarterback’s name alive and reminding folks of how the NFL owners have colluded to keep him out of the league because he sheds light on racism, oppression and social injustice in this country.