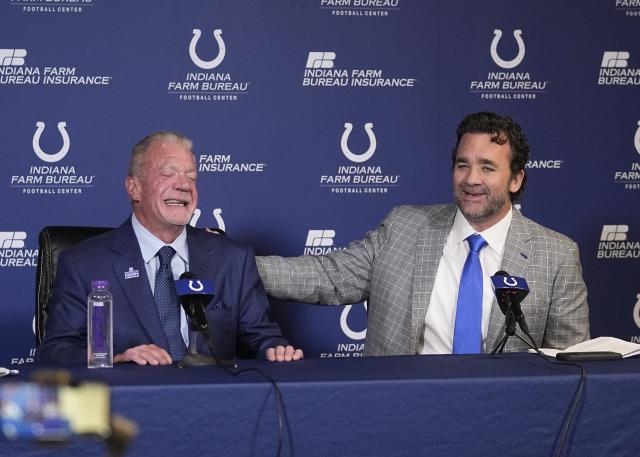 The Indianapolis Colts have had a forgettable few weeks. From benching quarterback Matt Ryan prior to last week’s loss to the Commanders. To firing offensive coordinator Marcus Brady last Tuesday, and now the team has fired head coach Frank Reich. As if the firing wasn’t a big shock, it’s who owner Jim Irsay decided to bring in to replace Reich that has everyone like, huh?

Irsay hired Colts legend Jeff Saturday to be the interim coach for the remainder of the season. That’s strange, because usually when a coach is relieved of his duties, an assistant is put into the interim role, it’s rarely someone who’s not associated with the team daily placed in that role. But that’s exactly what Irsay did, his move further proved that cronyism is still alive and well. In Monday’s presser Irsay said this ….

Irsay’s move is exactly why the NFL needs black ownership. Too many times minorities are overlooked and this is a prime example of that time.

Saturday Only Has HS Coaching Experience: But Louis Riddick Can’t Get A Job?

The aforementioned Saturday is best known for being the center for Peyton Manning during his years with the Colts. And now he’s known for his segments on ESPN’s NFL Live. His only coaching experience has come in high school in Georgia, from 2017-2019. But come Sunday he’ll be stalking an NFL sideline as the interim coach of the Colts. Life comes at you fast if you’re in with the right crowd. And that’s where the words cronyism and nepotism come into play.

Saturday is doing something he has no real experience at, while someone like ESPN analyst Louis Riddick can’t seem to get back into an NFL front office. Something is truly wrong with that and it goes back to lack of black ownership, and owners being comfortable with only those who look like them.

Following the move two prominent sports figures had this to day about the move. FS1’s Rob Parker said this on Monday’s airing of the Odd Couple on Fox Sports Radio

“It’s just a blatant slap in the face to every minority coach in the NFL that’s put in their due, became coordinators, and put in the grunt work. He’s unqualified and does not deserve this job.”

“I like Jeff Saturday and enjoyed working with him at ESPN. This is not a critique of him, but rather an NFL system that constantly moves the goalposts for white coaches, but holds Black coaches to tighter standards. A Black coach would likely never be in Jeff’s position.”

With an owner like Irsay things aren’t looking up for the Colts franchise. He’s the same guy who called for Commanders owner Daniel Snyder to sell his team. When in all actuality he’s done some things himself that make you raise your brow. The difference is he’s in a small market so it’s not frowned upon as much.

But in the end he’s making a complete mockery of the NFL hiring system, and is telling the league to hell with you, I do what I want.