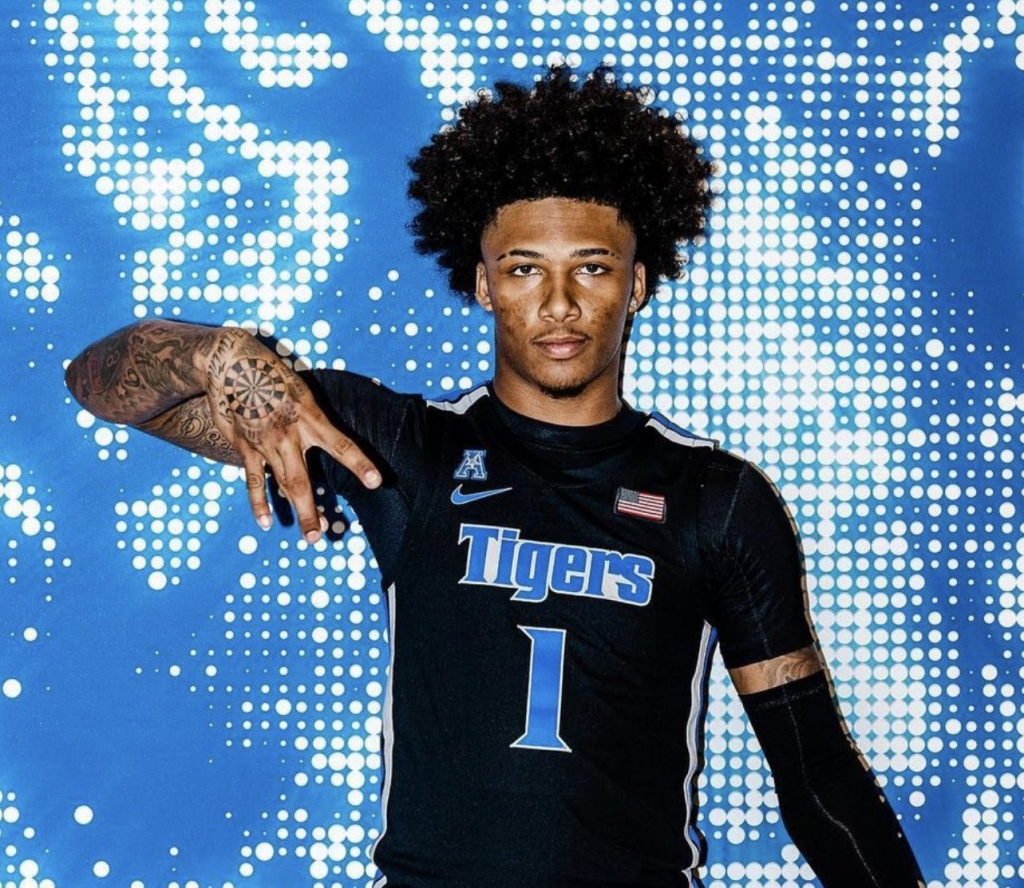 Over the weekend social media sensation Mikey Williams announced his commitment to the Memphis Tigers. The class of 2023 combo guard who took Instagram, Twitter and Tik Tok by storm early in his high school career has seen his stock fall pretty drastically since his junior year of high school. Known for his acrobatic dunks and deep shooting range, Williams wowed crowds everywhere, and he even had stars pulling up to his game.

But since a transfer from San Ysidro high school in San Diego, CA to Lake Norman Christian high school in Charlotte, NC, Williams     dropped in the class rankings and even had one of his stars removed, making him a four-star now.

Now Williams has returned to San Ysidro for his senior season. He’ll be looking to recapture the magic of his first two high school seasons.

“He’s a social media hoops heavyweight, but his one-dimensional game and only one-inch of growth since middle school have submarined his value as a undersized combo guard. Williams social media fame outpaced his game. He’s never been a part of USA Basketball, passed up opportunities to participate in FIBA events that could give a better idea of how he stacks up compared to his peers.”

That breakdown of Williams is totally different than the one he received at the time of his transfer in 2020.

At the time of the transfer Josh Gershon of 247 Sports gave this scouting report on Williams.

“Extremely productive with good size and length. Strong kid for age but not maxed out physically. High level athlete who is an explosive finisher. Has range to perimeter with jumper and is pretty consistent three-point shooter. Has handle and vision to facilitate and play on ball full time. Physical tools to be a good defender. Level of fame at age is current biggest obstacle to overcome.”

Williams Is A Tweener: That Use To Be A Death Sentence, Not Anymore

In this era of position less basketball a player can be undersized and still make a pretty good career for themselves. That’s probably what Williams will bank on as he continues his basketball journey. In three years of high school basketball, Williams skills haven’t changed much or gotten much better, and that’s a cause for concern. He still plays the same way, ball dominant and looking to score at will. While he’s shown he’s capable of running a team as a scoring point guard, he needs to realize he’ll need to become more willing to make others better as he continues to develop.

Can Penny Develop Him Further?

Since his arrival at Memphis in 2018, Hardaway hasn’t had the best of luck with his prized four and five-star recruits. Warriors center James Wiseman played just three games after it was revealed Penny paid moving expenses for his family. The Emoni Bates experiment was a complete failure, as the former phenom has now transferred to Eastern Michigan. The Bates situation was so wild, it nealry had Penny in the unemployment line.

So for him to land Williams and his San Ysidro teammate J.J. Taylor tells me that Memphis is still a hotbed for young, booming talent. It’ll be interesting to see Williams play against high-level competition nightly on the collegiate level, something we haven’t seen him do much in his high school career.