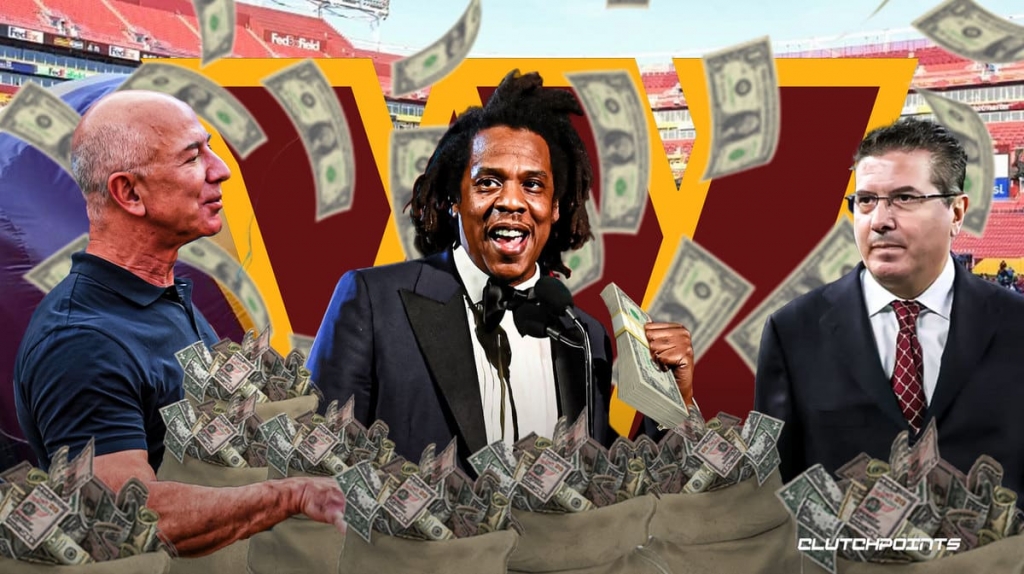 The Washington Commanders are gonna be sold within the next six months, and growing sentiments around the league are Amazon CEO and founder Jeff Bezos is the projected front runner to become the franchise’s new owner. Bezos along with rap mogul Jay-Z could be the ticket to hopefully right the wrongs the once proud franchise has had since current owner purchased the team in 1999. The team is slated to sale for at least $6 billion and could fetch as much as $7 billion.

But there’s one caveat with the Bezos bid for ownership. He and Daniel Snyder don’t have the greatest relationship, and that stems from The Washington Post, a national paper that Bezos’ owns. That same paper was in the thick of things as it pertains to breaking stories of alleged sexual harassment and verbal abuse  indecency amongst the franchise, that Snyder reportedly turned a blind-eye to.

NFL analyst Peter King believes Snyder is looking to sell the entire franchise, despite reports that he may look to hold onto some control.

“What wingnut would be dumb enough to invest, say, $1 billion or more to go into business as a minority partner with the worst owner in NFL history? Not so fast, I heard over the weekend. I kept hearing, if anyone buys a minority stake, there has to be a clear path to buyout Snyder — in a defined number of years. And re: the hot candidate to buy the team, billionaire Jeff Bezos, I also heard this from a reliable executive well-versed on ownership matters: “It’ll never happen. Dan Snyder detests The Washington Post. No way he’d sell to the owner of that paper.”

Would Snyder Turn The Amount Of Money Bezos Could Afford To Pay For Team?

The question that lingers is would Snyder’s disdain for Bezos cause him to turn down upwards of $7 billion to purchase the team? That amount would be nine times the $800 million the embattled paid in 1999 to become the majority owner.

Most find it hard to believe, and say no way he turns down much cash to sell the team, but others are saying he will.

If it were up to the other NFL owners they’d love to have someone of Bezos stature amongst the ownership fraternity.

Can Amazon Still Air Games With Bezos As An Owner?

With Amazon buying the rights to air NFL games on Thursday, the question of will that continue if Bezos becomes owner has come up time and time again.

During an appearance on Toucher & Rich The Sports Hub, Albert Breer of MMQB had this to say about that …

“They think it’s less of an issue now that he’s stepped down as CEO. Okay. He’ll be able to do it. There’s been a perception out there that Bezos is interested in buying an NFL team and it would wind up either being Washington or Seattle. Seattle could go for sale in the next two years, too.”

But again it comes to down to Snyder’s willingness to sell his prized keepsake to Bezos.