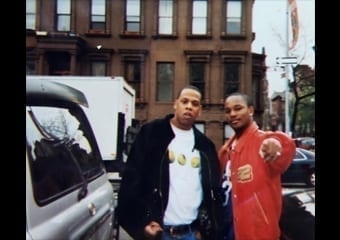 Juelz Santana Reflects On Rock-A-Fella, Cam & Jay-Z Beef: “We Felt Like Outcasts Of The Family”

Dipset artist Juelz Santana offered some insight about the past beef between JAY-Z and Cam'ron and how their "funny" relationship made Dipset feel “unwelcome” during their time on Roc-A-Fella records.

During a recent spit session with VladTV, Juelz explained that while he and his Dipset collective were officially signed to the label, tension between Hov and Killa Cam prevented them from feeling like “true” Roc-A-Fella artists. According to Juelz, the Harlem rappers felt like “outcasts” at the Roc.

The world pretty much saw the tension that was going on,” he said. “Jay and Cam never really — I’m not gonna say never got along because that’s a weird word, we not kids. But they had a funny relationship. They never really clicked and meshed to where it felt like we were truly Roc-A-Fella artists.

“Dame always showed us that love and we were cool with State Property, but we just never felt like we were like truly welcome over there. We felt like the outcasts of the family, like we gotta fucking knock the cake over to be seen and heard.”

He added: “But I think it worked out, I think it was all in God’s plans. You know, you got what you got from the situation.”