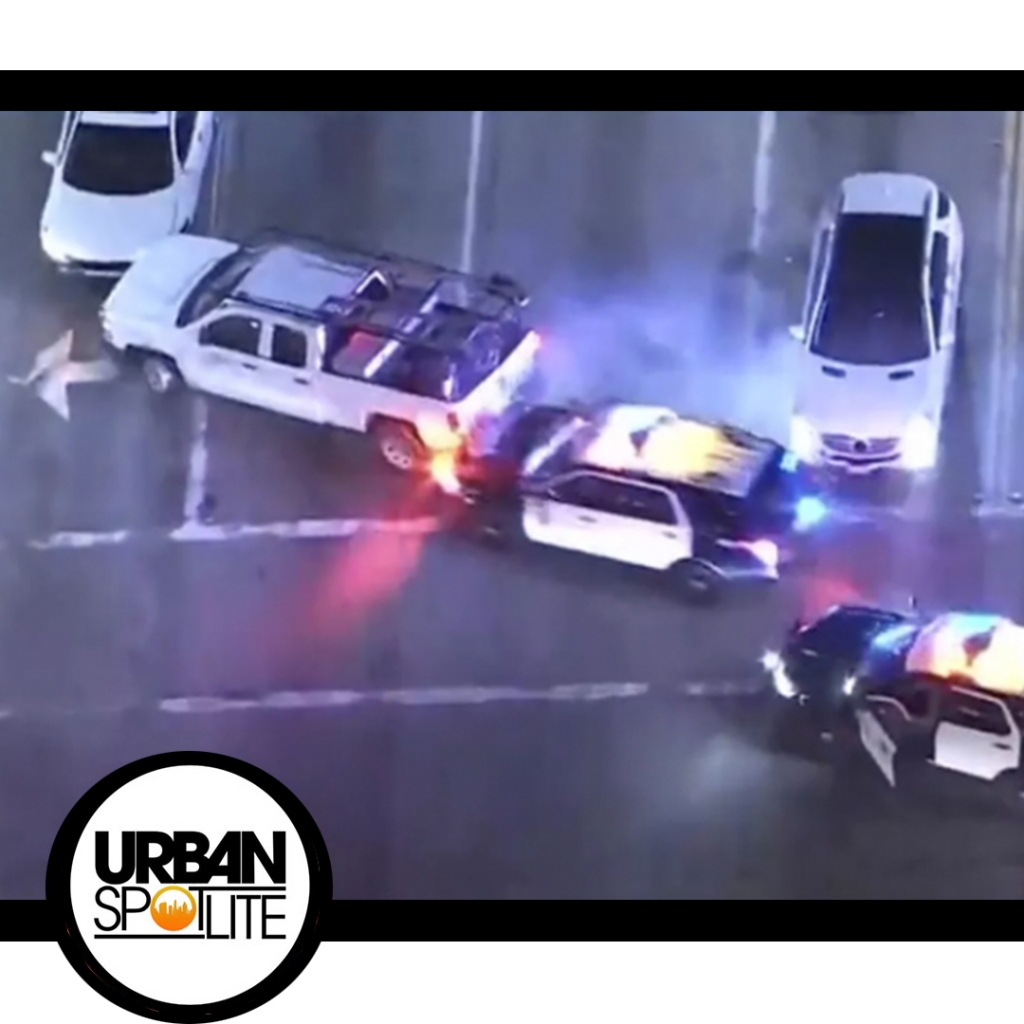 When I tell you LA is wild, well here is an example of how wild it is. A high-speed chase in Los Angeles was caught on video, with a suspect carjacking multiple cars, breaking into somebody's home, and finally ramming a police car with one of the stolen vehicles. Having fun yet? A driver failed to yield after being flagged by police and it led to a high-speed chase that had him driving recklessly in the La Mirada area, even driving on the wrong side of the road and striking several innocent drivers. He pulled into a 7-Eleven in Whittier, lost a tire, then attempted to get away on 3 wheels as sparks and smoke filled the air. The van was wedged in between officers' vehicles, leading the driver to get out, he climbed over the van, and ran into someone's backyard. Movie. The driver broke into a home and stole the keys to a truck as the vehicle's owner tried to stop him. The chase continued west on the 60 Freeway in the San Gabriel Valley area, where the driver hit multiple drivers on the road and lost a front tire. The driver reversed the truck into a cop car, having officers fire at the driver, who was pulled from the truck and arrested. It's unclear if the driver was struck by any of the shots fired by officers, but he was seen being moved into an ambulance.