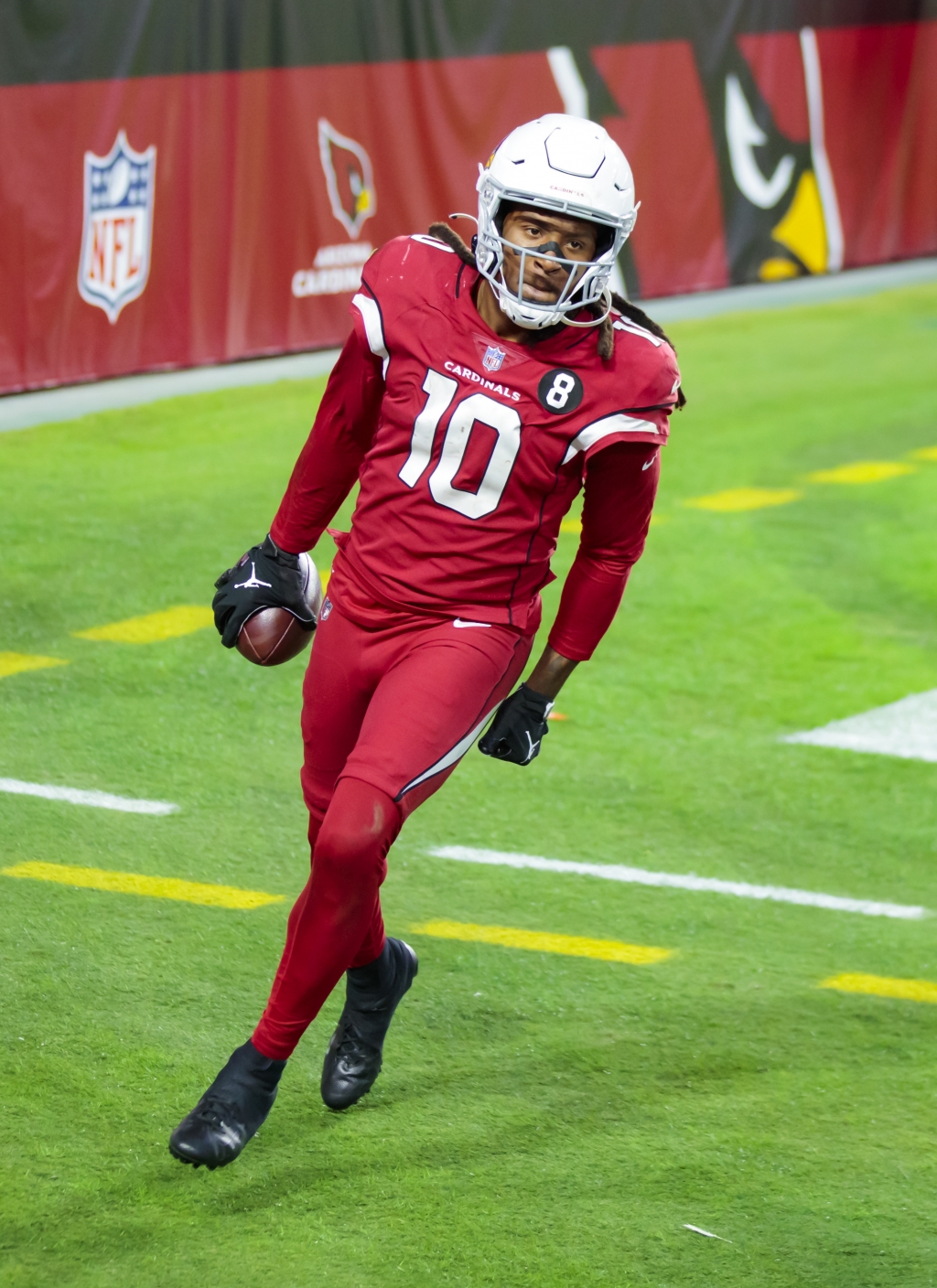 Arizona Cardinals wide receiver DeAndre Hopkins is universally recognized as one of the best pass catchers in the NFL. The 6-foot-3 smooth route-running assissin has been known to put defensive backs in a blender with regularity. He’s also known as one of the best hands catchers the game has ever seen, using his strong vice grips to high point the football against defenses. His career has been on a Hall of Fame trajectory since his days in Houston, and that  didn’t change when he arrived in “The Valley of the Sun.”

Throughout his career, D-Hop has also been durable, avoiding injuries and always available for his team. Prior to last season the former Clemson Tigers standout had only missed two games in the first eight seasons of his career. That is until he suffered an MCL injury which caused him to miss seven games in totality last season including the final four regular season games and the playoffs. In an effort to speed up his return to the field, Hopkins reportedly tested positive for ostarine, a performance-enhancing drug. He was subsequently suspended the first six games of the 2022 season, despite adamantly denying any wrongdoing.

During a recent episode of “Hard Knocks: In Season With The Arizona Cardinals,” while  talking with team’s associate head coach Shawn Jefferson, the topic of Hopkins Hall of Fame worthiness came up. Hopkins could be heard saying he hoped the selection committee didn’t hold that PED suspension against him.

“I can take as many lie detectors from whoever in this world wants to give it to me prove that. So for me, I know by conscious and I know who I am. But obviously, the fear of not being considered for the Hall of Fame that’s in the back of my mind because I feel like I’ve put so much into this craft that I want to get one day what I’m feeling like I’m deserving I feel like.”

“That’s to be in the Hall of Fame and I’m going to play this game until those numbers prove it.”

The aforementioned Jefferson and even Cardinals defensive coordinator, Van Joseph did their best to reassure Hopkins of his post career status. Jefferson was an NFL wide receiver himself and is the team’s wide receivers coach as well, so he gets and up close and personal view of the work Hopkins puts in d daily. Joseph the man who’s job is to make it as hard as he can on Hopkins in practice daily said this.

Hopkins Numbers Speak For Themselves:

Since being taken with the 27th overall pick in the 2013 NFL Draft, Hopkins has amassed 811 receptions, for 10,843 yards and 69 touchdowns. Those numbers scream Canton, now he just hopes a small blip doesn’t hinder the process.