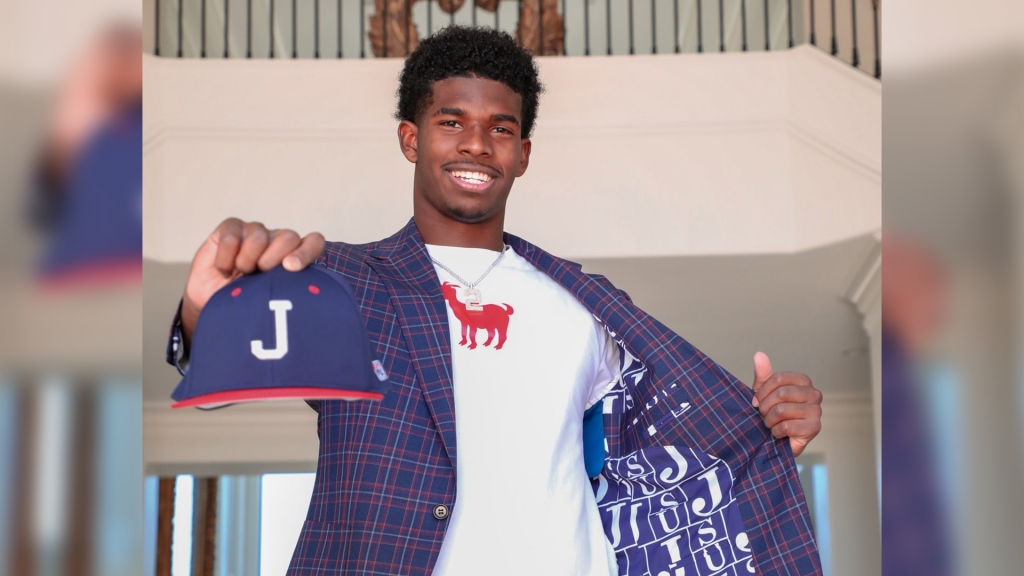 The Jackson State Tigers have been downright dominant this season. Under the direction of the reigning Jerry Rice Award winner Shedeur Sanders, the Tigers have become a juggernaut over the last two seasons. But the griniron isn’t the only place Deion Sanders’ youngest son is making his mark. With the new era of college athletics being dominated by NIL deals, Shedeur has been picking up some big ones left and right. His latest with luxury car maker Mercedes-Benz, comes on the heels of the strong-armed signal caller adding deal with Gatorade, Beats By Dre and Tom Brady Apparel.

It’s estimated that Sanders possesses one of the highest NIL valuations in all of college athletics at $1.3 million. In fact his valuation ranks 12th, behind the likes of Bronny James, Mikey Williams, Arch Manning, Bryce Young and others. So it’s safe Sanders is marketable, and possesses that charisma which made his  Pro Football Hall of Fame dad, one of the biggest brands known to man.

Been A Banner Year For Sanders: More To Come?

In January Sanders became the first college athlete to sign with Gatorade. At that time the Walter Payton Award candidate had this to say.

“This whole HBCU thing that’s going on right now is bringing national attention. We got players from Power 5 actually coming to HBCU schools now, it wasn’t like that a couple years ago, so it’s just really exciting to see that competition will go up. Everything’s going to go up, and honestly, other players  in HBCUs should get deals also.”

Sanders was onto something as other HBCU athletes have been able to land different NIL deals to their portfolio. As for Sanders, his portfolio has grown tremendously, and that’s a product of his play and being the son of an all-time great in Deion.

One season after lighting up SWAC defenses to the tune of over 3,200 yards passing, 30 touchdowns and just eight interceptions. Sanders has had an even better encore season with nearly 2,900 passing yards, 31 more touchdowns passes and just five interceptions, as the Tigers sit at 10-0 and champions of the SWAC’s Eastern division for the second consecutive season. They’ll finish their 2022 regular season campaign next week versus archrival Alcorn State, before turning its attention to the SWAC title game which will be played at home again.

A win in that game, and they’ll earn another trip to the Celebration Bowl, but this time against the North Carolina Central Eagles, winners of the MEAC conference.

Either way a healthy Shedeur, who left Saturday’s 27-13 win over Alabama A&M a bit banged up, and his guys will be ready and prepared.