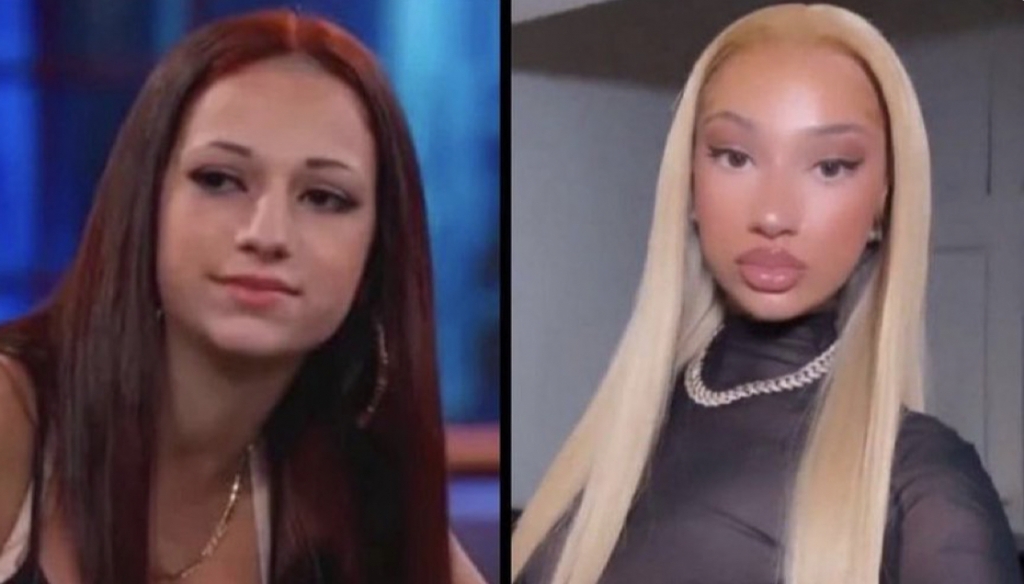 Rapper Bhad Bhabie has gone too far with her affections for Black culture. Because she was white and ghetto on Dr. Phil the culture mebraced her and elevated her to celebrity status on social media. Not sure what her goals are or actual contributions to improving the culture is, but she's been quite the culture vulture on her way up the ladder.


In her latest spotlight moment, the "Catch Me Outside" icon has been accused of "blackfishing" after sharing a brief video clip in which she appears to have significantly darker skin. The 19-year-old, born Danielle Bregoli, posted an Instagram story on Sunday that showed she had switched her usually brunette curly locks to blonde, though it was her skin tone and full lips that became talking points across social media.

As the seconds-long video was circulated on Twitter, many users on the micro-blogging platform accused her of blackfishing, which such stars as Iggy Azalea, Jesy Nelson, and the Kardashian sisters have also been accused of over the years.


The term blackfishing has been credited—at least in part—to hip-hop journalist Wanna Thompson, according to NBC News. In 2018, Thompson shared a Twitter thread of a string of non-Black public figures who had used makeup, visual effects, and cosmetic surgery to appear Black or mixed race.

It has been compared to blackface, the racist, centuries-old practice of a non-Black person wearing dark makeup, often to mock Black people.

"Is this not Bhad Bhabie blackfishing?" one Twitter user said above a screenshot from the clip. "Thought I was looking at a Black woman on my timeline."

She keeps doing it and doesn't feel any remorse.


Noting the apparent difference in her features, another asked: "What happened to her face??"

Blending the names of Iggy Azalea, who is white, and Black rapper Megan Thee Stallion, another wrote: "What the Iggy Thee Stallion cosplay is this?!!"

"This was her last month," tweeted another, who shared a photo of the musician looking notably paler during her appearance at Oxford University.

Bhab has made a killign appropriating Black culture and she's not goign to stop because people keep her in the limelight.