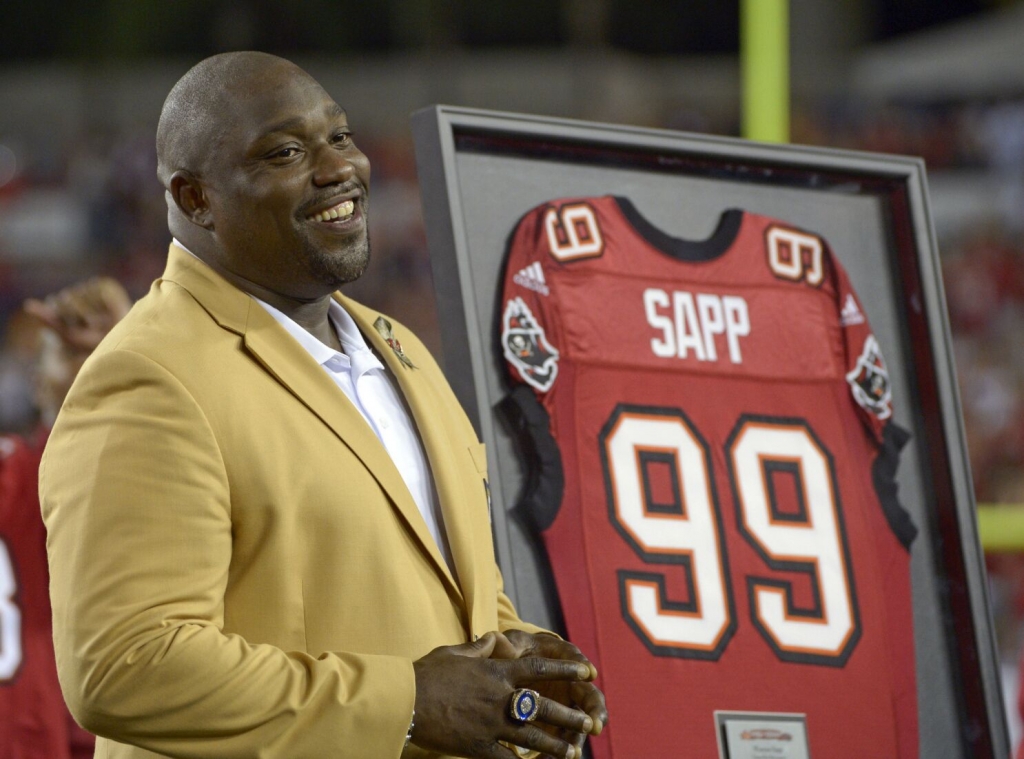 When you think Tampa Bay Buccaneers the first name that should come to mind better not be Tom Brady. It should be Pro Football Hall of Famer Warren Sapp who’s play and leadership under them head coach Tony Dungy changed the culture in South Florida during the late 1990s and early 2000s. Sapp was the immovable force that offenses had no answer for upfront, and his play dictated one of the most dominant “Tampa 2” defensive schemes we’ve ever witnessed. But for every positive of what Sapp did to make the Bucs one of the best defenses ever, comes the downside,  which is post football ailments.

In a recent phone interview the loquacious and always outspoken Sapp, told Rich Stroud of the Tampa Bay Times this …. talking about how he forgot directions as he went to visit a friend in Miami but couldn’t remember where it was located

“Scared me so much, I turned around and went home. I turned that car around, got home on my couch, turned the TV on and just sat there. I didn’t know what that was, but it didn’t feel good.

“I sat there for the rest of the day almost in tears.”

Unfortunately Sapp’s story has become all too familiar with former NFL players. CTE is a problem and no matter how much the league tries to cover it up or shrug it off as not as big an issue, the more prevalent it seems to become.

Sapp Says He Jots Things Down So He Won’t Forget:

Following this scare Sapp says he became a bit paranoid about not remembering things. In an effort to make sure that didn’t happen Sapp told Stroud that he writes more than he ever has. It helps him retain information he may now forget.

“Now I fill up my phone with notes and say it out loud. You’ve got to. You’ve got to prepare yourself for the possibility you’re going to forget.”

That has to be scary to go from being able to remember things with ease to all of a sudden nothing. You feel for Sapp and so many others who gave their all in between the lines, and are now battling this debilitating disease.

Sapp Wants To Be Proactive In Helping Against CTE:

While Sapp or no one for that matter can be diagnosed with CTE while living, he’s pretty sure he has it. The 13-year veteran wants to do all he can to help make the game safer and protect today’s player better. In 2017, of the 111  brains scanned for CTE, an astounding 110 came back with it found.

“This is the thing. We can’t diagnose it. But I’ve got 19 years, from high school to pros of playoff football.”

In Sapp’s case and many others the hope is they can still manage life as best they can, as their memory and brain battle to stay together daily.