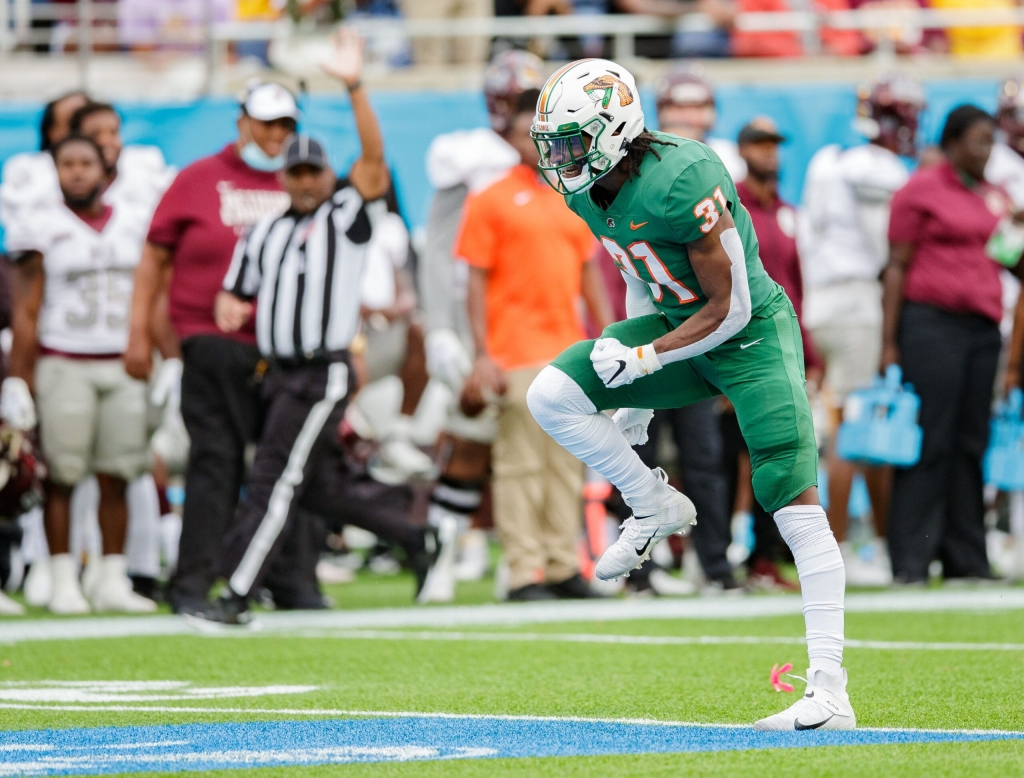 The 2021 NFL Draft wasn’t good to the HBCU world, as no players from Black College Football programs were drafted. That changed in 2022 as four were taken in the seven round draft, and while that still isn’t enough it’s a far cry from none hearing their name called the year prior. A lot of this is a direct result of Jackson State head coach Deion Sanders pushing for visibility and exposure for HBCU student-athletes. One of the first ways to get eyes on a prospective draft pick is having that player chosen to participate in the Reese’s Senior Bowl. That wasn’t something that happened often prior to last season, and it’s happening this year for two of the best defenders in the SWAC and all of FCS football.

Land and Miller both made the Senior Bowl preseason watch list, so this doesn’t come as a total surprise. But it’s still good to see the top players from HBCUs getting the opportunity to perform against their peers in front of NFL scouts.

Isaiah Land Is A Difference Maker Off The Edge:

The speedy edge rusher is the reigning Buck Buchanan Award winner, given annually to the top defensive player in Football Championship Subdivision football. Last season Land wrecked offensive gameplans, en route to 25.5 tackles for loss and 19.0 sacks, which were the most in all of college football. This season Land has accrued six sacks in nine games.

Upon learning of his making the game, Land who entered the transfer portal this past offseason before returning to FAMU, had this to say.

“It feels good. I feel like I just put the work in for it and it feels good that I stayed put at FAMU and reaped the benefits of my labor. I am just happy it all worked out.”

Aubrey Miller Jr Is The Catalyst And Enforcer For JSUs Defense:

Miller is a proud member of that juggernaut down in Jackson under Coach Prime. The athletic inside linebacker has 54 tackles, five tackles for loss, one sack,  three forced fumbles, and one fumble returned for a touchdown. But Miller’s numbers don’t tell the entire story. His ability to play in space and sideline to sideline has helped the Tigers defense pretty much suffocate opponents. Replacing 2022 Detroit Lions sixth-round pick James Houston was tough, but Miller has done it seamlessly. He’s been so good that Deion even commended him following the team’s big win at Texas Southern.

“Aubrey is one of the guys that we can hang our hats on in the middle of the defense; making calls, getting to the ball, flying around, and really setting the tone and the tempo. Not just on gameday, but in practice as well.”

The belief is both of these star players will hear their names called at some point in the April 2023 draft. Just like Joshua Williams, DeCobie Durant, Ja’Tyre Carter and the aforementioned Houston did in the 2022 NFL Draft.