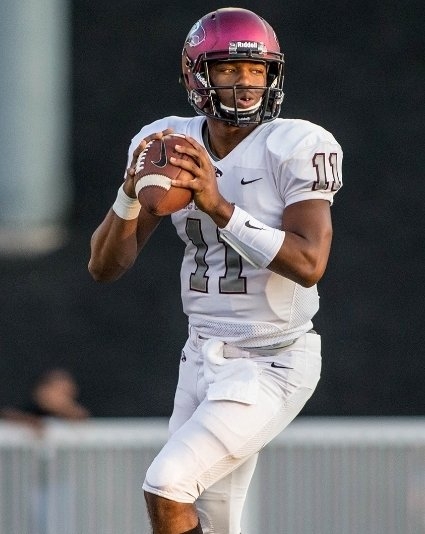 Led by Davius Richard, the top dual-threat signal caller in all of Black College Football, the North Carolina Central Eagles are the 2022 MEAC champions. The Eagles will represent the conference in next month’s Celebration Bowl, against the highly plausible SWAC champion Jackson State Tigers.

The Eagles have been building their program into a consistent winner, and now with a mature and experienced Richard leading the way their headed back to Atlanta. Richard, the Belle Glade, Florida native does it with both his arm and legs, and he’s been so dynamic this season he’s earned the unique distinction of top dual-threat QB in HBCU football. Affectionately known as “Pee Wee,” despite his 6-foot-3 stature, Richard was still in high school when the Eagles lost to Grambling State 10-9 in the second annual Celebration Bowl in 2016.

The Eagles start and end with Richard, who’s leadership has thrust the program to the cusp of a de facto Black College Football national championship.

At Glades Central HS, Richard a junior at the time, had an epiphany. I’m tired of being third on the depth chart. With his team struggling and Richard feeling he was better than those ahead of him, he requested a chance to earn the starting nod. After getting the opportunity Richard didn’t disappoint, and eventually became the Palm Beach Area Offensive Player Of The Year.

In a recent interview he recalled how that moment came about and changed the trajectory of his football career.

“I just got tired of being third string and pulled my quarterback coach aside and asked him what I had to do to get some playing time or get a chance.

That type of want to has carried over to college and Richard doesn’t take any of it for granted. He’s consistently gathered receivers and backs together for workouts to create synergy and team comraderie.

“Sometimes I would be just chillin, and get a last-minute thought and send a message to meet on the field in 10 minutes. I’ve been hit up by my wide receivers at like 9 o’clock at night or even almost 11 PM asking. Do you want to get some throws in?’

“I would be like, Bro’ it’s almost 11 o’clock. But I didn’t have anything to do other than workout.”

Through the air Richard has passed for over 2,300 yards, 24 touchdowns and just eight interceptions. On the ground he’s been just as effective rushing for over 1,200 yards and 12 more touchdowns. Barring a huge upset, he’ll have his chance to go toe-to-toe with Jackson State’s Shedeur Sanders in next month Celebration Bowl.

As football fans we can only hope.