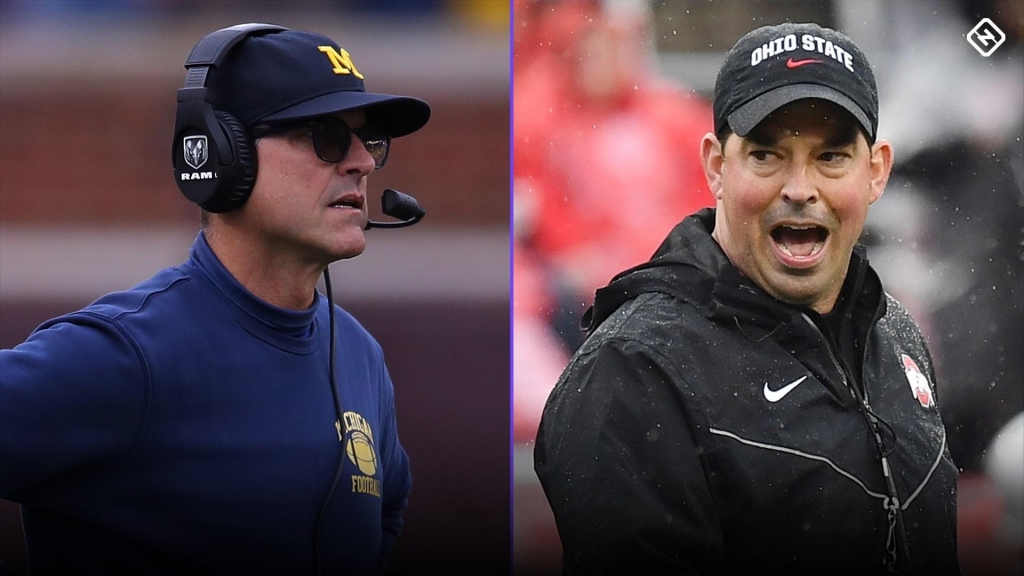 Michigan Wolverines head football coach Jim Harbaugh is sort of walking back comments he made about Ohio State head coach Ryan Day after last season’s win over the Buckeyes. Following the Wolverines first win in nine years, and Harbaugh’s first in the series over the archrival Buckeyes, Harbs made some rather scathing comments about his situation at Michigan as compared to the situation that Day walked into after replacing Urban Meyer.

“Born on third base and think they hit a triple.”

What Harbaugh was saying wasn’t really incorrect, as he did inherit a much tougher situation than Day, but that’s not the fault of Day, who was hand chosen to replace Meyer after the 2018 season.

In his interview, Harbaugh was quick to note that he didn’t make the comment about the Buckeyes being soft. And he even rehashed his  baseball comment, and what it means if anything heading into Saturday’s top-five clash in Columbus.

While both Michigan and Ohio State have faced some quality competition this season en route to identical 11-0 records, they’re very aware that neither has faced the competition it will face on Saturday. Harbaugh discussed that this week.

“We’ve been keeping track of them, there are things we do in practice to prepare for them. We know Ohio State is our toughest competition, this will be our toughest test to date.”

He also raved about how good a coach Day is and the respect he has for him.

“The Game” Always Has Meaning

Albeit playing a role in the national championship or just for bragging rights, the Ohio State versus Michigan game has always meant something. And this year will be no different with the winner advancing to next Saturday’s BIG 10 championship game. While the winner will have to sit and wait to see their fate as it pertains to the College Football Playoffs.

That was the case last season as a once beaten Michigan team upset the previously unbeaten Buckeyes to advance to Indy and the BIG 10 title game.

It’s a contrast in styles with Michigan playing physical dominate the line of scrimmage football, with Heisman candidates Blake Corum toting the mail. And Ohio State led by their gunslinging Heisman candidate C.J. Stroud and his plethora of receiving options.

Something has to give, almost time to see what does.