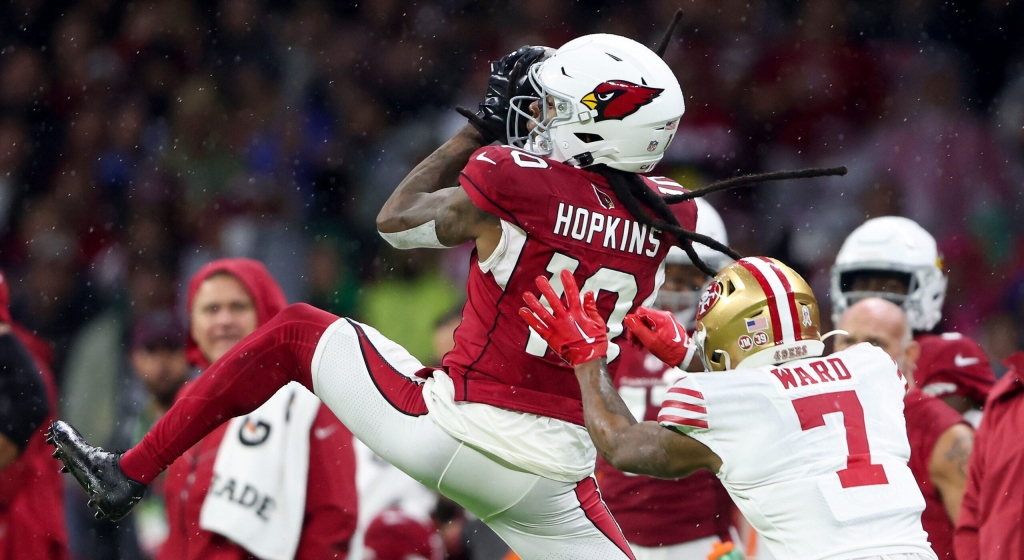 San Francisco 49ers cornerback Charvarius Ward took a bit of a cheap shot at Arizona Cardinals star wideout DeAndre Hopkins following Monday Night’s tense matchup in Mexico City. The two players had their share of verbal fisticuffs throughout the game, but following the game Ward took things a hit further with his comments directed at D-Hop.

“D-Hop thinks he’s a tough guy. He thinks he’s still one of the best receivers in the league and he really not.”

“He was getting locked up. He was doing the some dirty things. He tried to clip me, he grabbed me by the throat. He grabbed my facemask on one play, so I don’t respect his game, that’s steroid boy.”

The “steroid boy” comment is a shot at Hopkins who was suspended the first six games of the season for violating the league’s performance-enhancing drugs policy. Something than Hopkins had vehemently denied over and over. And while that was to no avail, Ward shot was a tad below the belt, especially in the spirit of competition.

Hopkins Has Consistently Denied Any Wrongdoing

In July, Hopkins told reporters he did nothing wrong and didn’t believe he should’ve been suspended for having a trace of Ostarine, a banned substance by the league.

“It’s hard to know when something gets contaminated at a trace amount when you’re not working at the manufacturing company.”

Hopkins recently expressed his concern over how the Pro Football Hall of Fame committee looks at suspensions for PEDs, and if they’ll hold that against him when that time comes. In an interview with the Arizona Republic, Hopkins said this.

Hopkins definitely has the HOF numbers, but this hiccup could hinder him from being induced into Canton. But that’s still no reason for Ward, a solid player in his own right to us against Hopkins.