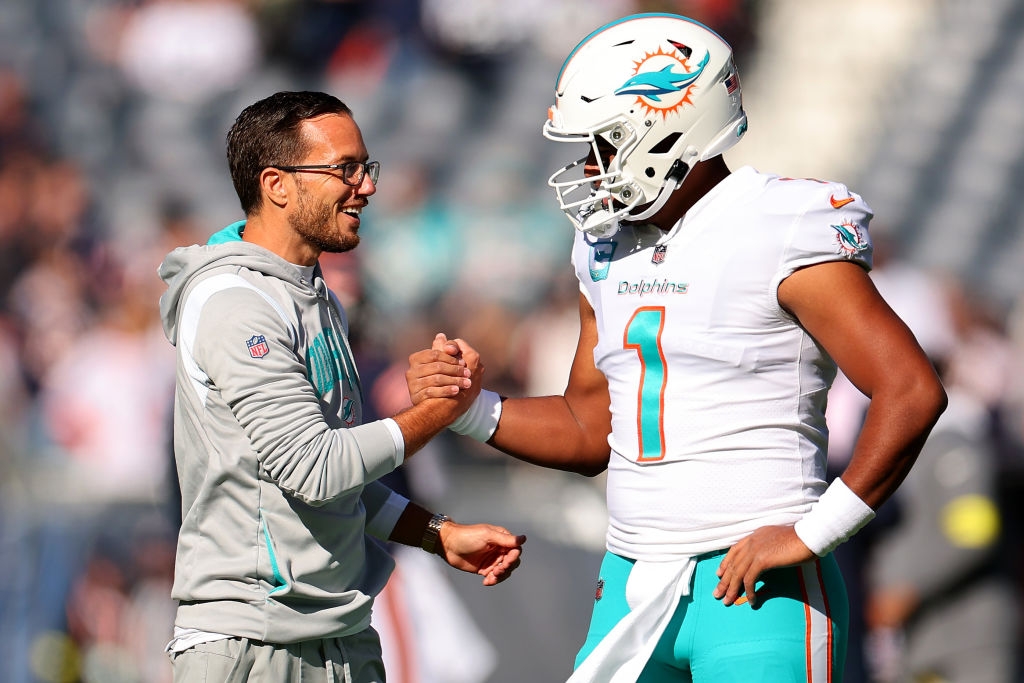 Tua Tagovailoa is enjoying an MVP-level season. This is totally different than Tagovailoa’s tumultuous 2021 season under then head coach Brian Flores, who’s coaching style made Tua question himself as a player.

No one,  and especially Tua could’ve imagined that with how things went last season for the former Alabama Crimson Tide star. The Dolphins signal caller has lead the team on two winning streaks of three and five games, in fact the Dolphins haven’t lost a game that Tagovailoa has started and finished this season going, 8-0.

Reports are at times last season, Tagovailoa asked himself …

That’s a huge no, but the way he was treated by Flores made him think it.

Flores reportedly berated Tagovailoa on numerous occasions, even telling him he should’ve taken other quarterbacks instead of him. Despite that treatment Tagovailoa still managed to post a 15-8 record as a starter in his two seasons under Flores. Not bad considering how devoid of weaponry the Dolphins possessed both seasons.

The hiring of former Niners offensive coordinator Mike McDaniel as the team’s new head coach, was a godsend for Tagovailoa. From day one McDaniel made it a point to forge a strong bond with his QB and it’s worked. The two are joined at the hip and have a great working and off-the-field relationship.

CBS reporter Aditi Kinkhabwala said McDaniel even “put together a 700-play tape to show him how good he actually is.”

When asked about that gesture, Tagovailoa had this to say ….

“Well, I thought it was cool. I think anyone can here can attest to someone believing in them and how that changes how they see themselves but also things around them, so perspective. But it was awesome. There’s a lot details that entail me sitting down with him and other things as well, but it’s awesome. It’s really cool.”

That type of stuff is the exact reason Tagovailoa has flourished this season leading the league in multiple categories.

If his season thus far is any indication, he and the Fins can make a nice long playoff run and would be a matchup nightmare for any team