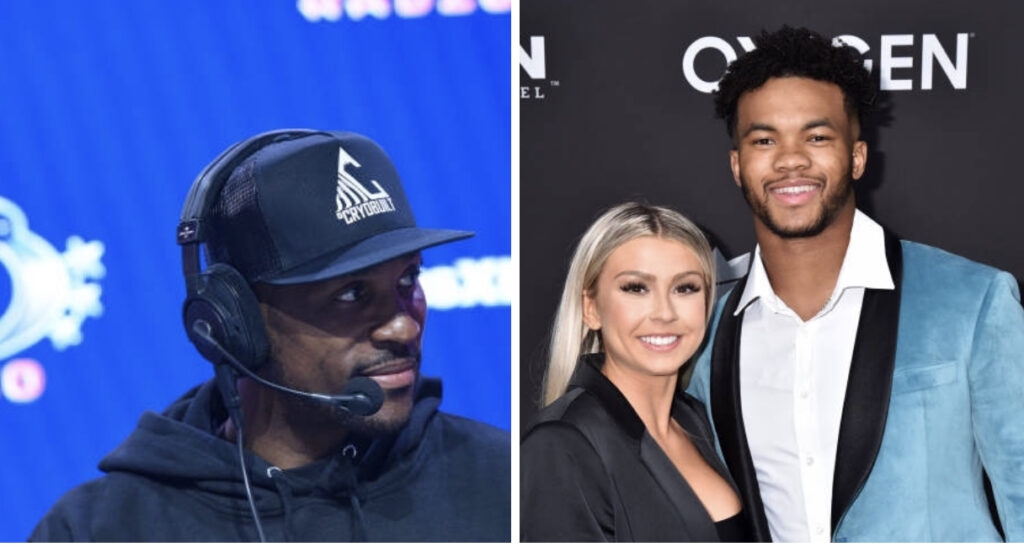 Kyler Murray has been in the news for just about everything you don’t want your so-called leader to be in the news for. This time former Cardinals teammate Patrick Peterson is questioning Murray’s team-first mantra. During a recent appearance on “The All Things Covered” podcast, Peterson went in on Murray and his selfish ways.

“Kyler Murray don’t care about nobody but Kyler Murray. That’s just the matter of the fact.”

Peterson didn’t hold back on his feelings towards Murray, and before anyone says he’s hating because of how things ended, a lot of what he’s spewing could be possible based on Murray’s sideline tantrums.

Early Wednesday evening, after getting wind of Peterson’s remarks, Murray took to Twitter to tell him this.

“Peterson, got my number, if you really felt like this as a “big bro” or “mentor” you supposed o call me and tell me, not drag me so your podcast can grow.”

Teammate DeAndre Hopkins even chimed in with this sort of vague tweet.

Or is Hopkins indirectly agreeing with Peterson?

Murray has had his share of sideline tantrums and blowups with head coach Kliff Kingsbury, and even one with DeAndre Hopkins. And while all parties have continuously downplayed the incidents, it still isn’t a good look for the team or Murray. His actions reek of what Peterson said, and in his blowups with Kingsbury, it’s been ever so obvious. On Sunday, he threw Kingsbury under the bus when asked about his  first half interception on a fourth and one.

Peterson Says Kingsbury Will Take The Fall For Murray:

Kingsbury and Murray need to be better but if anyone believes the head coach is the only problem in Arizona, they know nothing. Murray has been average at best most weeks and his pouting and body posture aren’t a good look. Peterson even said Murray’s lackluster play will cost Kingsbury his job.

“Kingsbury will be the scapegoat for the team’s downfall. And the crazy thing about it is the guy who hired will still have a job.”

That guy is GM Steve Keim who made the decision to move on from Peterson following the 2020 season. This after Peterson demanded a trade in 2018, only to renige on it. Peterson also missed six games for PEDs in 2018, which happened to be Kingsbury first season. So in essence PP sounds a lot like

“the pot calling the kettle black.”