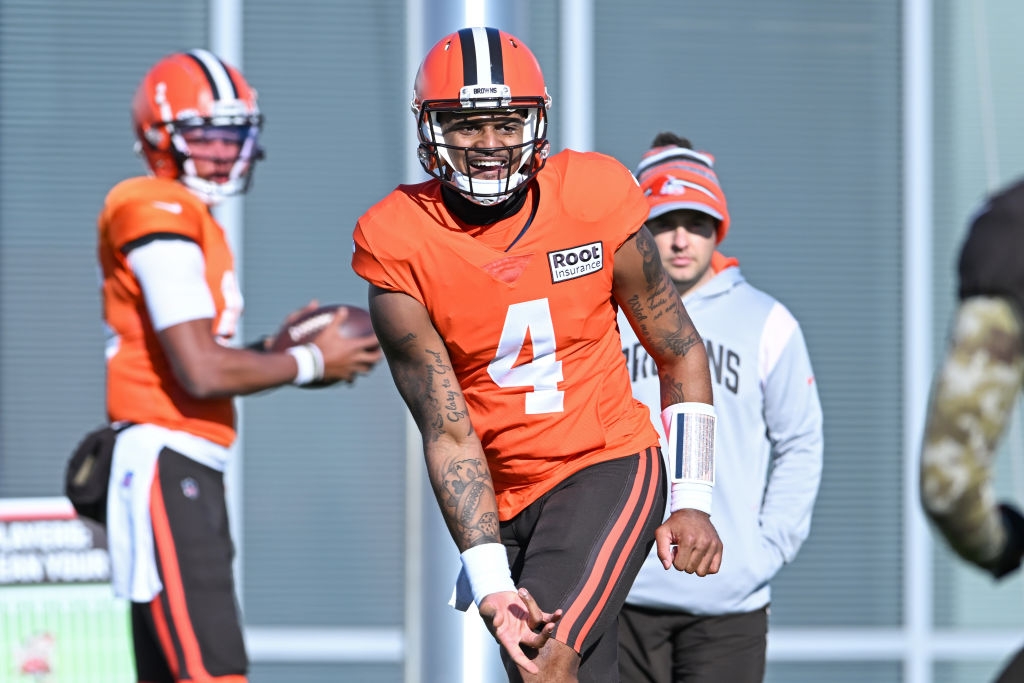 The Deshaun Watson era in Cleveland officially begins on Sunday, as the star quarterback will be under center for the first time January 2021. The last time Watson played a game it was in a Texans uniform and he’d just led the league in passing yards. Since then we’ve gone through nearly two full NFL seasons and a global pandemic. The Browns are 4-7, but not mathematically eliminated. They’re three games behind division leaders Baltimore and Cincinnati, and three games out of the AFC Wildcard race.

The hope is Watson can come in and be what they paid $230 million over five years for, with all of if guaranteed, which is the largest fully-guaranteed deal in NFL history.

What To Expect From Watson The Last Six Weeks Of The Season:

The Browns possess a dynamic running which features Nick Chubb and when used Kareem Hunt. While backup Jacoby Brissett did an admirable job with Watson suspended the first 11 games, he just couldn’t make the plays a healthy Watson can makes. Meeting with the media on Thursday for the first time this season, Watson did his best to answer only Football related questions. Staying away from the questions concerning his suspension which stemmed from accusations of sexual misconduct during massage therapy sessions from more than 20 women while a member of the Texans.

“I understand that you guys have a lot of questions. But with my legal team and my political team, there’s only football questions that I can really address at this time.”

As as far as how quickly the former Pro Bowler   believes he could return to himself on the gridiron, Watson was confidently optimistic but also said this in an effort to quell expectations.

“We’ll have to see Sunday, honestly. It might take time, it might not take time. I just want to go out there and do what I want to do, make plays as much as I possibly can.”

Expect a heavy dose of Nick Chubb running downhill and Watson relegated to more of a playaction quarterback. That’ll be by design because that’s one of the easiest ways to get a quarterback into a rhythm, and especially one who’s been away from the game as long as Watson has.

Watson Will Have Teammates Support As He Returns To Houston:

It’s only fitting that Watson’s return comes in a game at his former Texans team. With a raucous and rowdy crowd expected for the only time this season, Watson will have to do his best to blockout all the negativity and possible protests around him and just play. The aforementioned Chubb, had this to say about the dynamic Watson returning.

“He’s special, he’s a differentiator. He puts the ball exactly where it needs to be. The guys like that, they’re excited, we all are. We are ready.”

It’s exciting for sure. We’re a diverse team and Watson brings a different aspect to the offense, not a different system, but it diversifies it.”

There will reportedly be 10 of Watson’s accusers on hand Sunday in H-Town, per their lawyer Tony Buzbee, it’s just a statement to Watson and his legal team they’re still around.