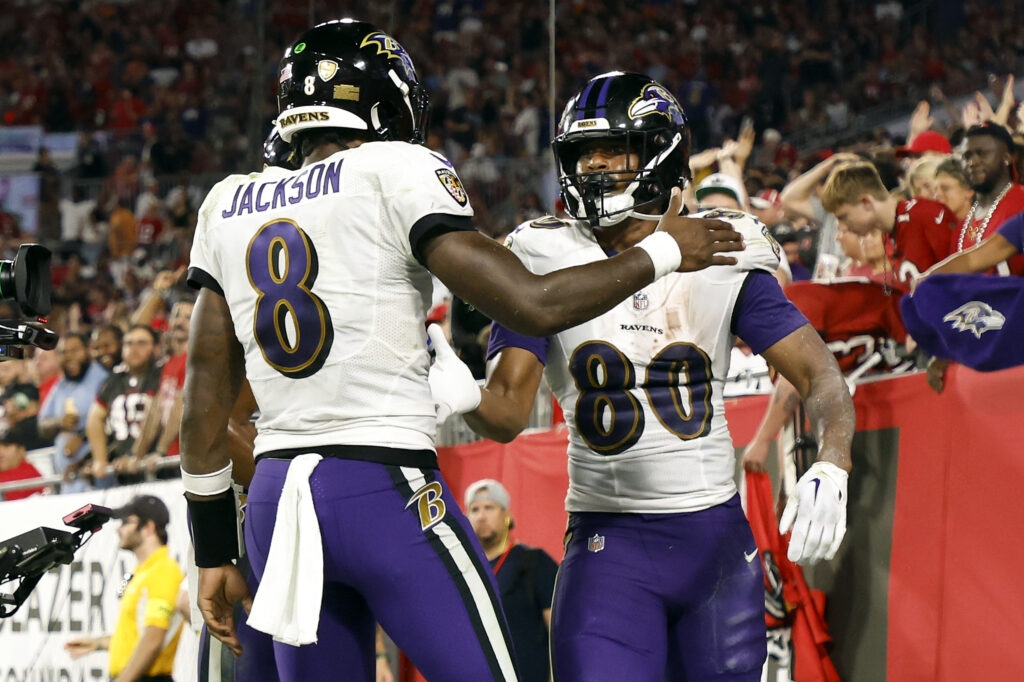 Ravens quarterback Lamar Jackson bet on himself coming into the 2022 season. And on Sunday that wager may have went up in smoke. The star signal caller was injured during the team’s ugly 10-9 win over the hapless Broncos. Following the game Ravens head coach updated reporters on the severity of Jackson’s injury.

“It’s going to be a number of days to weeks. We’ll see. We’ll see if he can go back this week. If not, it’ll be sometime after that shortly.”

Jackson walked to the locker room under his own power, but in visible pain, detailing somewhat the extent of the injury.

Jackson Bet On Himself This Season:

After not receiving a contract offer to his liking during the offseason, Jackson came into the 2022 betting on himself. Sort of like what his predecessor Joe Flacco did in 2012, and all Flacco did was go out and lead the team to the Super Bowl while being named the game’s MVP basically writing his own check. If that was Jackson’s intentions he’s gonna have to get healthy and play much better than he has as of late.

The 2019 NFL MVP and only the second unanimous MVP in league history is in the fifth and final year of his rookie deal, and the expectancy was he’d sign a long-term extension, but when the Ravens reportedly refused to make it all guaranteed, contract talks stalled. This is the risk Jackson took by not signing the extension in the offseason.

Getting injured does nothing but hurt his chances at that type of lucrative deal going forward. It also confirms the reasoning why owners and general managers don’t hand out those type deals, making the one Cleveland gave Deshaun Watson probably the only one will see of that amount in league history.

Jackson missed the teams final five games last season due to an injury, and the Ravens went from 8-3 to 8-9 and out of the playoff picture.

Tyler Huntley Stepped In And Led Team To Win:

When Jackson was injured, Ravens trailed 9-3. A 91-yard drive capped off by a two-yard quarterback keeper by Huntley with 28 seconds left was the deciding score. While Baltimore didn’t get a win last year with Huntley in relief of Jackson, the former Utah Utes star, played well in his absence. That was no different on Sunday, as he made timely runs and throws, including 8-8 on the final drive to help Baltimore stay atop the AFC North division.

When asked about his preparedness and readiness to step in, Huntley told reporters this.

“Just like every week — just prepare. That’s about it. That’s all to it.”

“He just have so much confidence. You see the way he plays. Things weren’t perfect, but for him to be able to come in — especially that laT drive — and do what he did, and have the composure, that he had, just shows you how good he really is, how much he’s learned. I’m thinking about Lamar, but you have to tip your hat to Snoop Huntley and just how well he played. It’s impressive football.”

The team will rally around Huntley, but if they have hopes of a real playoff run, they’ll need the former Heisman winner healthy and whole.