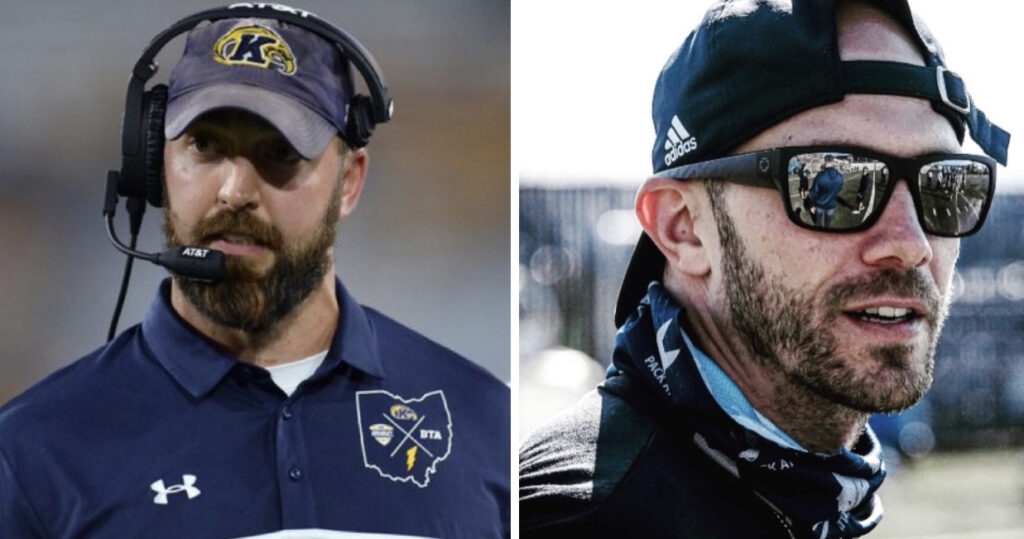 As Deion Sanders new coaching staff at Colorado begins to take shape, a noticeable name hasn’t been mentioned. Jackson State offensive coordinator Brett Bartolone who led the top offense in the SWAC seems to be on the outs after it was reported that Sanders has hired Kent State head coach Sean Lewis to be his offensive coordinator. While that may come as a surprise, it really isn’t all that surprising. Prior to joining JSU Bartolone was an offensive analyst and assistant quarterbacks coach for Nevada.

Meaning Coach Prime was the first to give Bartolone a chance to call plays. So him not being the offensive coordinator at Colorado isn’t something anyone should’ve expected, he lacks experience.

Sanders went outside of the JSU program to bring in the aforementioned Lewis to be his OC in Boulder. Lewis has 10 years of head coach and playcalling experience, something Sanders was looking for in this hire. Lewis has been reportedly trying to get out of the MAC conference for awhile now, even interviewing for the Cincinnati job.


Coach Prime told his Colorado players during his initial meeting that he was putting together  a great coaching staff.

Where Are Dennis Thurman And Flea Harrell?

Two other coaches that Deion hasn’t yet mentioned if they’re staying or going is defensive coordinator Dennis Thurman and assistant head coach/running backs coach Gary “The Flea” Harrell. Which is shocking considering Flea ran the team when Sanders was out for three weeks last season dealing with foot and ankle complications. Harrell could be in line to replace Sanders at JSU. Thurman is a former NFL defensive coordinator who’s put together one of the best defenses in all of CFB the last two seasons.

Could see Harrell as HC, Bartolone as OC and Thurman as DC at JSU.

Rumors are swirling that Coach Prime is trying to convince former Vikings head coach Mike Zimmer to become his defensive coordinator in Boulder. Zim is considered one of the best defensive minds of the last 30 years.

Having been the architect of the 1992, 1993 and 1995 Dallas Cowboys Super Bowl-winning defenses and the coach of some highly-ranked defenses in Minnesota, he’d be a huge get for Sanders and the Buffaloes.

Deion wasn’t lying when he said he was assembling a loaded staff.