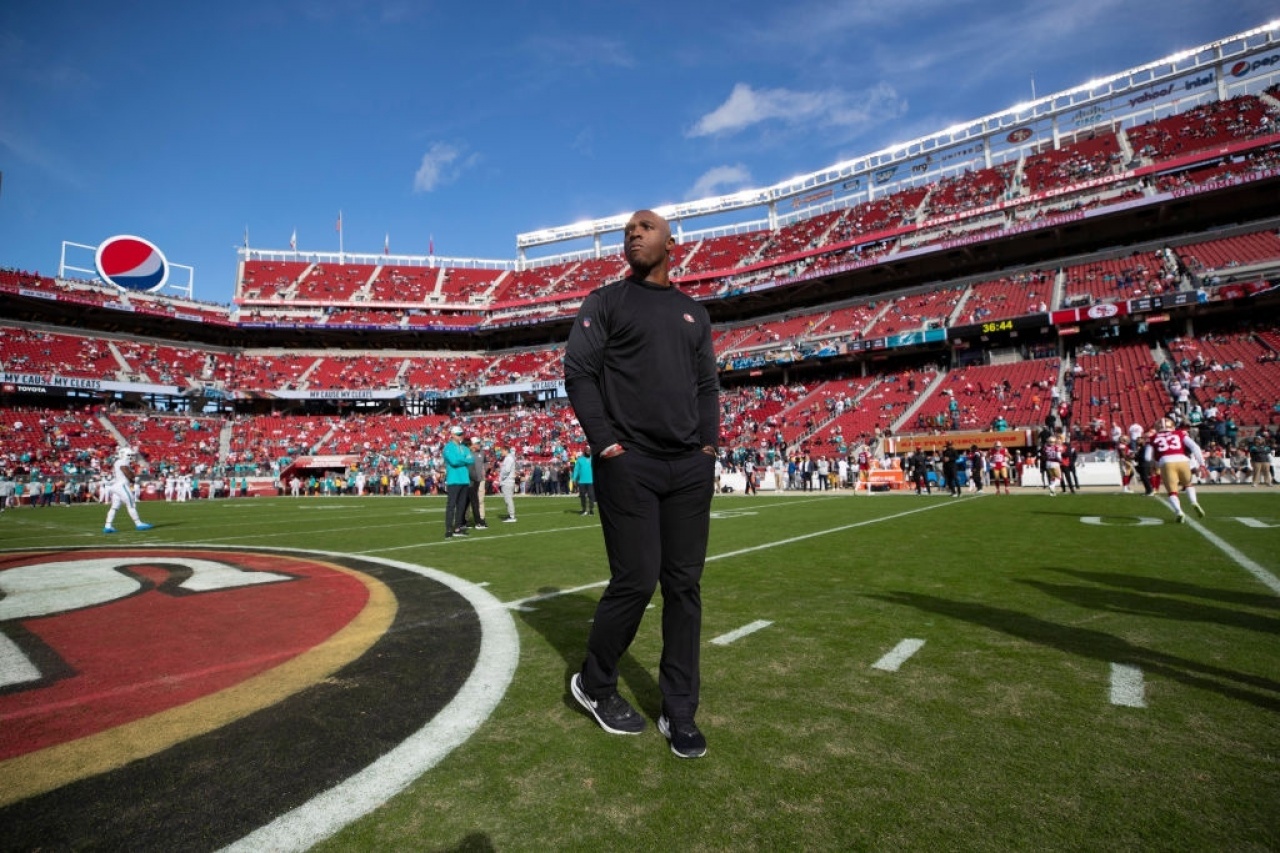 Under the direction of defensive coordinator, DeMeco Ryans, the San Francisco 49ers defense has been smothering teams all season. That has made Ryans arguments the top head coaching candidate in the NFL. Ryans leads a defense that just suffocates its opponents, to the tune of allowing just 64 points during their current six-game winning streak. Not since a 44-23 blowout loss to the Chiefs in late October has a team score more than 17 points agaist this dominant unit.

That type play has ushered Ryans into a serious candidate to lead his own NFL franchise in 2023. Ryans preaches positivity and no energy sappers in or around his unit.

In a recent postgame presser, Ryans was asked how does he handle keeping his unit upbeat and locked.

“I can easily harp on all the negative things, the plays we didn’t make or beat guys up. But that’s not going to allow those guys to come back and be confident and make the plays that they’re suppose to make, so it’s always, for me, it’s always positive energy. No energy vampires allowed. I tell the guys always positive energy, it’s always upbeat, because when they make plays, I want guys enthusiastic about playing football.”

During last offseason’s coaching carousel, Ryans became a hot name. He interview with the Vikings who were looking for a new leader. After an initial meeting where he wowed Vikings brass, the former Alabama Crimson Tide star and two-time Pro Bowler was invited back for a  second interview, but respectfully declined the offer.

While Ryans never mentioned why he did it, the belief is he wanted more experience before venturing into the head coaching world. It’s like piranhas infested waters for a black head coach, who isn’t given anywhere the time their caucasian counterparts are to be successful. So in retrospect it’s speaks of the mentality a and maturity the 2006 NFL Defensive Rookie of the Year possesses.

But this offseason they’ll be no shortage of suitors clamoring for his services, and he may have his choice of jobs as he’s that impressive and that ready to lead men.

The 2019 Niners defense was dominant leading the team to the brink of a Super Bowl victory. That group was led by then defensive coordinator and current Jets head coach Robert Saleh. They allowed a paltry 281 yards per game and just 19.4 points. At that time Ryans was the linebacker coach, but this season as the coordinator the Niners have been better, allowing just 15.8 points per game and 283 yards per game.

And the wildcard in each season has been egde rusher Nick Bosa, a defensive player of the year candidate in both seasons. And Ryans knows how vital he is to their success.

Enjoy Ryans, Niners fans he won’t be around much longer.