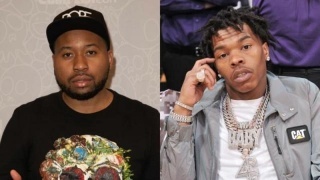 Every day DJ Akademiks is building his legend and pissing off, challenging, checking or degrading the biggest names in the business.

After a brief spat with Yung Miami. Akademiks has reportedly challenged rapper Lil Baby to a fight and is he's down to make it happen with or without a price tag attached to it.

The social media personality called out the Atlanta superstar during a Twitch livestream on Tuesday (December 13), calling him a “retarded rapper” while threatening to “choke him to death.” He also claimed nobody is willing to fight him, despite him calling out other rappers in the past. But of course not because AK has admitted that he would go to the police and snitch on rappers who perpetrated violence.