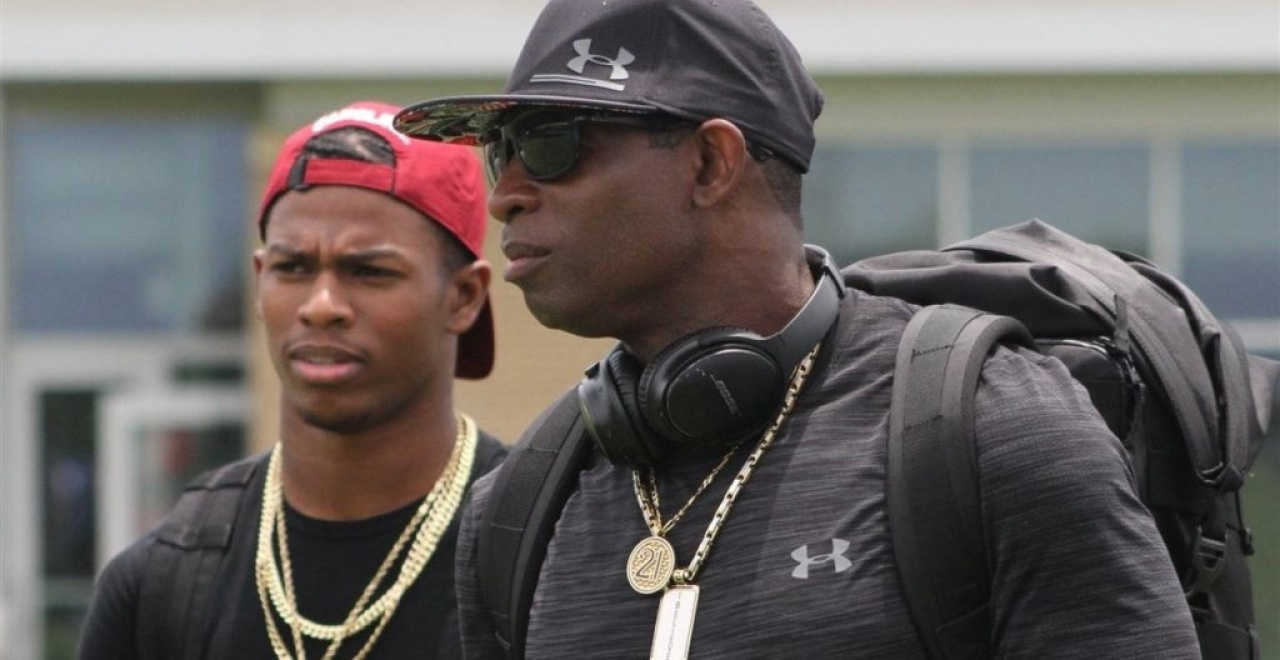 Not everyone in Deion Sanders is excited about the move to Colorado. Coach Prime’s middle son, Shilo, a safety who transferred to JSU from South Carolina in 2021, isn’t feeling the move. In fact, there’s been no word of him even considering another transfer to follow his dad and brothers to Boulder.

As his dad and brothers made their way to Colorado the same night the team had just clinched its second consecutive SWAC title, Shilo was nowhere to be found. There were reports that he and dad butted heads over the move.

According to Jeff Lightsly Jr, a sports reporter had this to say about the tension in the air during an appearance on the “Wildcard” podcast.

“From the intel that I was able to gather while I was there, Shiloh’s upset … Shilo has been invested in the city of Jackson and the school. So when he got the news that his father was moving on to Colorado … apparently him and Coach Prime, his own dad, kind of butted heads.”

After hearing what Deion said about Shilo at his introductory press conference at Colorado,  Lightsly comments seem to have some real truth behind them.

Sounds like a family divided on the move and while Shedeur and Deion Jr, who handles all the program’s social media and videos are cool with it, Shilo ain’t having it.

Shilo even unfollowed his entire his family for the move.

In a video that aired recently, Shilo let Shedeur know he wasn’t happy seeing him where a Colorado hat when JSU still has one more game left. In the video big bro walked up on little bro and told don’t let him catch him with that hat on before again prior to Saturday’s game.

That in itself is even more evidence that Shilo isn’t feeling the move and even more reason to believe he won’t joining the Buffaloes via transfer.

Having already done the big Power Five when he began his collegiate career at South Carolina, Shilo seems to like the small HBCU feel. Also a musician at heart, Coach Prime’s middle son has even joined the school’s legendary, “Sonic Boom Of The South,” marching band.

Shilo Loves Music And That May Be Enough To Keep Him In Jackson:

Shilo is learning to be a drum major and even crossed over to with a name, “Official J-6.” So this is not a fad or just something to do, and the fact that he had mo desire to do it while at South Carolina, tells you all you need to know about the HBCU culture.

Even on team road trips, Sanders has been known to play the piano in the lobby of the hotels as teammates either listened in amazement and sometimes joined in for some karaoke type fun.

Back in 2014 during the show, Deion’s Family Playbook which ran on the Oprah Winfrey Network, Shilo set up a mini studio in his room. There he made beats and sold them to friends and others, he loves music and is extremely talented at it.

He loves what JSU offers him too much to leave.