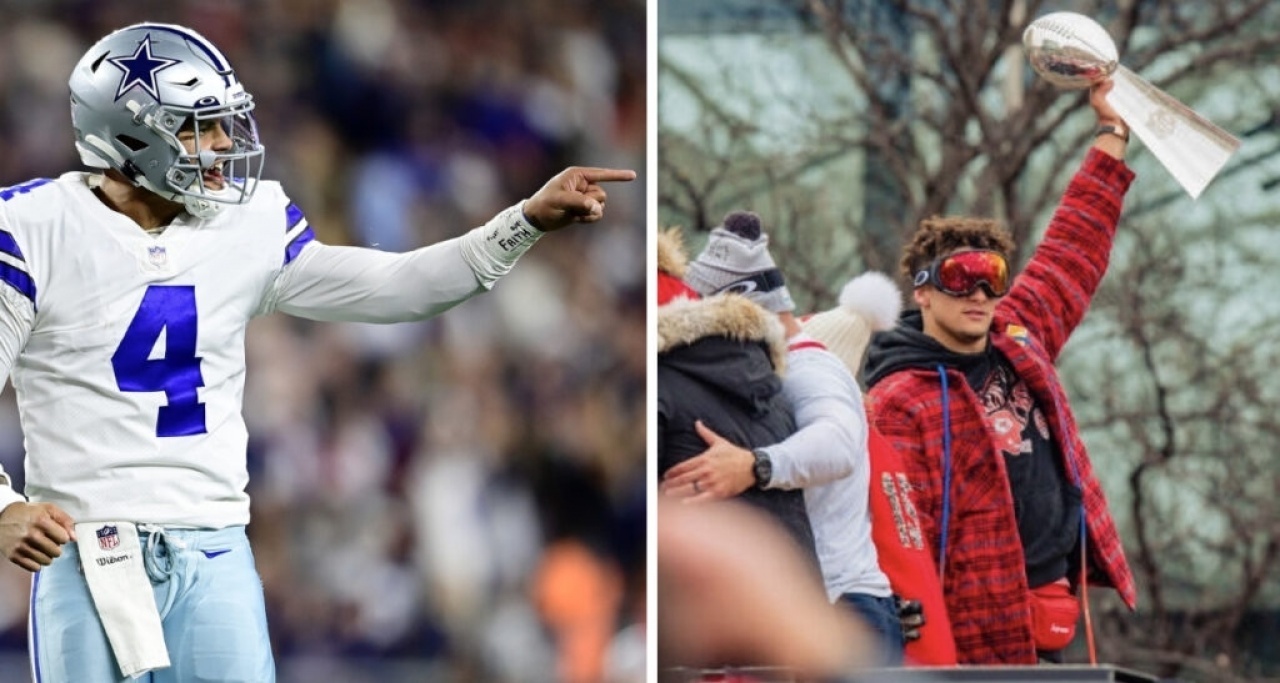 Following Sunday’s ugly 27-23 win by the Cowboys over the Texans, ESPN analyst Booger McFarland inexplicably compared Dak Prescott to Patrick Mahomes. Pretty much calling Prescott elite didn’t sit too well with some. In fact his comments caused ESPN mate Stephen A. Smith to almost lose it on the set of First Take.

During the segment Smith was his usual enthusiastic self as he took McFarland to task for his blasphemous comments.

“How you gonna sit up there and mention Dak Prescott in the same breath as Joe Burrow, Josh Allen, and Mahomes. Booger lost his mind to roll with this brother.”

“I know you do a great job. I ain’t questioning the greatness of the job, but damn it was something wrong with you last night. Dak Prescott does not deserve to be mentioned in the same breath as Patrick Mahomes, Joe Burrow, or Josh Allen just yet.”

“Patrick Mahomes is a Super Bowl champion, Josh Allen been knocking on the door for a little bit now. Joe Burrow was just in the Super Bowl and Dak Prescott is trying to figure out a way to win more than one playoff game. You need to stop it, stop it.”

SAS is speaking truth, stop putting guys in categories they don’t belong. And Prescott certainly hasn’t earned the elite title QB recognition as of yet.

Sometimes Numbers Do Lie: Prescott Is Solid But Not Elite

There’s old adage that says “me and women lie, numbers don’t,” while that may reign supreme in most cases, that can’t be applied to this situation. If you look over Prescott’s career you’ll see a 59-34 career win/loss record for Prescott as a starter. But you must also know that his record versus a usually underachieving NFC East is 26-6. Meaning he’s just 33-28 against all teams outside of his division. And yes being five games over .500 in those games is solid but not elite.

And also Prescott’s career numbers may look as if he’s elite in some ways.

Nearly 24,000 yards, 157 touchdowns and 59 interceptions. But let’s remember he’s also had running back Ezekiel Elliott toting the mail in that same timeframe. All Zeke has done is rush for the most yards, 8,102, in the NFL since 2016, both he and Dak’s rookie seasons. So Dak has never been the focal point of opposing defenses which has helped aid his numbers a bit.

Then there’s the 1-3 playoff record, with two of those losses coming at home as the higher seed, including last season’s loss to the Niners. That’s  where Prescott’s brain freeze didn’t allow the team to get off one final play from SF’s 20-yard line.

QBs are judged by playoff success, and numbers aside, that alone disqualifies Prescott.

Will He Right The Ship This January?

The Cowboys have about as good a chance as as they’ll ever have to at least make the NFC championship for the first time since 1995-96. With a depleted and down NFC, only the Philadelphia Eagles have a better record than Dallas. And this is easily the best defense Dak has ever had in his seven-year career, led by DPOY candidate and reigning DROY Micah Parsons.

But we’ve heard this before only to see them bow out early and disappoint. So until they prove otherwise why should anyone trust that this run will be different? And that’s where Prescott can erase doubters like Smith.