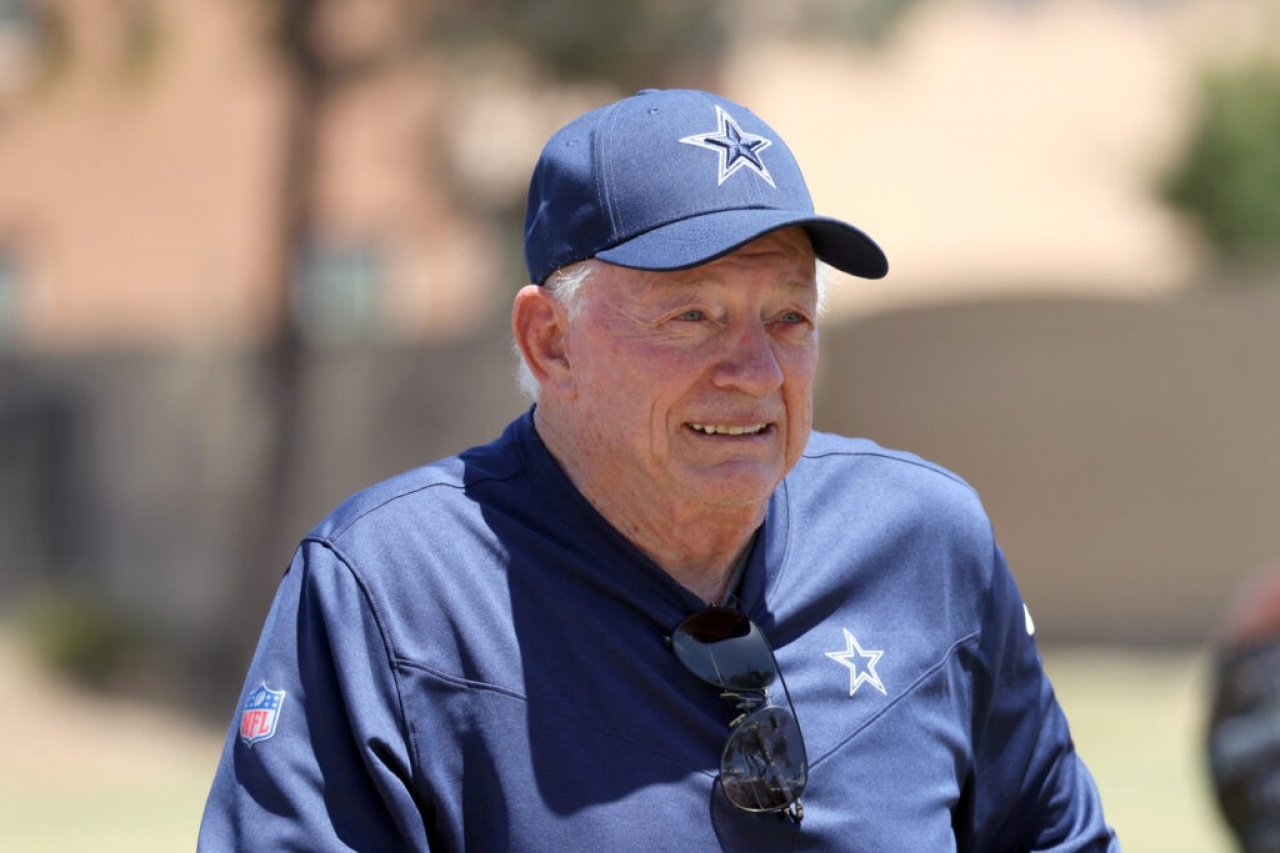 From the sound of it, Cowboys owner Jerry Jones may be ready to sign free agent wide receiver Odell Beckham Jr. After months of jostling, courting and pandering, on Thursday Jones told USA Today Sports this.

“Odell’s going to join us. There’s a good chance he will, with the complete goal of getting ready for a playoff game or two, and then I’ll look at the future. But most of it being about now.”

Jones is singing a totally different tune than  he was  last week. At that time, the longtime Cowboys owner didn’t sound so sure during his weekly radio appearance on, 105.3 “The Fan.”

I’m not confident at all. And, so, that’s the issue. Now, we all realize the issue of health, the issue of availability is here every time. Just this one is very obvious and pointed toward his injury that occurred last year in the Super Bowl. We got a good bead on that. We got a great read on his career.”

To go from that extreme roughly 10 days ago to now say you’re really looking at bringing Beckham in is a bid odd. But it’s Jerry Jones, so you expect anything when he’s involved.

No clue what changed with OBJ, he hasn’t worked out for any of the teams he’s visited,/‘d that’s a for sure sign that he hasn’t totally healed from his ACL injury.

For some strange reason Jones is hoping OBJ can do some magical things for his Cowboys. Even on par with what Pro Football Hall of Famer Deion Sanders did when he arrived in Dallas prior to the 1995-96 season.

But we don’t know if he can even run and cut on his surgically repaired knee, so we?

“I’m hopeful we can get into some important games and have Deion Sanders-type results. Could this be possible to have a great player like that get into two or three playoff games and make some significant plays? I think very much so. That’s not an exaggerated thought at all.”

“The great ones, the extraordinary ones, have an ability to make a play or two in game that can be the difference in a world championship or not. It’s kind of against the principles of all the practices, the repetition that you do for football. It’s against that. But the reality is, it happens. That’s my motivation.”

The first mistake Jerry made was comparing a possible OBJ signing to the Deion Sanders signing back in 1995. That signing helped the Cowboys win their last of five franchise Super Bowls during the 1995-96 season.

Sanders wasn’t coming off of a serious knee injury, and let’s be serious, OBJ Isn’t in the same stratosphere as Deion was as a player.

Do The Cowboys Really Need OBJ?

If Beckham isn’t 100 percent, what can he do for the Cowboys? With No.1 receiver Cee Dee Lamb showing promise. Plus the return of No.2 receiver Michael Gallup, who’s also returning from a torn ACL, getting better every week. And targets Noah Brown and James Washington becoming more of involved, Jones really doesn’t need to add a guy who as of now can’t play. They also signed veteran T.Y. Hilton this week as another sign that they don’t believe OBJ can contribute.

Finally, adding OBJ may cause Dak and offensive coordinator Kellen Moore to feel they need to get him the ball if he did play. And that would be a recipe for disaster, as this team wins with a great defense, and strong running game. One that features Tony Pollard who has 12 total touchdowns, and Zeke Elliott who went over the 1,000-yard plateau for the season again last week.