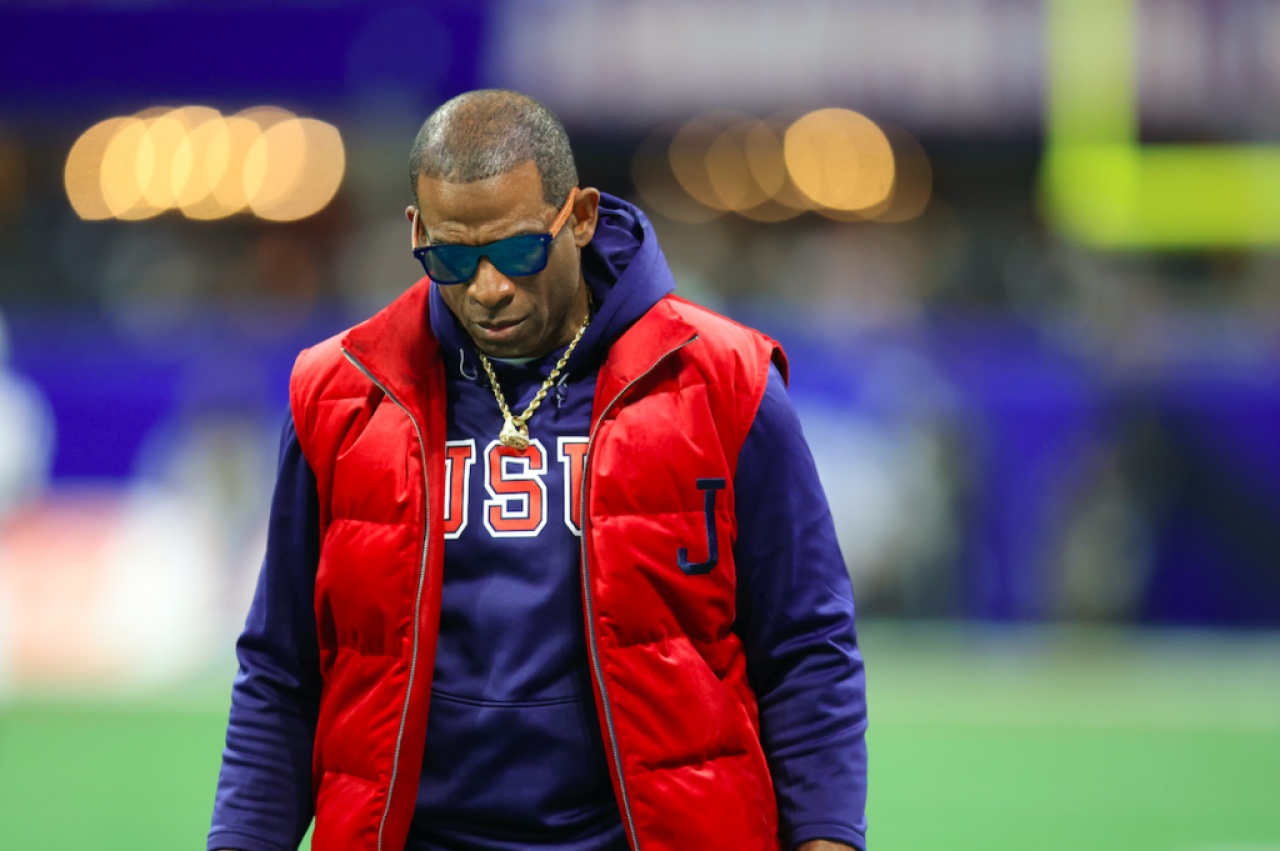 The Deion Sanders era at Jackson State came to an end with Saturday’s heartbreaking 41-34 overtime loss to the underdog North Carolina Central Eagles. The loss was a culmination of a strange two weeks, which saw the Tigers win their second consecutive SWAC championship, and then have Sanders immediately address the team with the news that he was in fact leaving for Colorado following the Celebration Bowl game.

What ensued over the next few weeks had to be strange, even if Sanders and his staff did their best to keep things as normal as they could. There was Sanders touring the state-of-the-art facility in Boulder just a couple hours after he’d led JSU to the SWAC title. Then there was the Colorado basketball game arrival where the entire arena stood up and cheered he and his two sons, Shedeur and Deion Jr.

Then there was Sanders hosting a big recruiting weekend at Colorado where he pulled out all the stops including fancy cars all over the beautiful green natural grass of Folsom Field.

For two weeks Sanders kept saying he was gonna finish what he started at Jackson, by getting a win in the Celebration Bowl. Then he was headed to Boulder for the biggest recruiting weekend leading upto Wednesday’s early signing day, which has replaced February’s national signing day.

Sanders didn’t even show up for the Celebration Bowl presser, instead sending running backs coach Gary “The Flea” Harrell in his place.

So was he locked-in? Or should he have let someone like new JSU Tigers head coach T.C. Taylor lead the team into Saturday’s game.

One will never know, but here’s what Coach Prime had to say after the loss.

“Heck of a game, well-coached, every trick-play they had worked. Our defense didn’t show up by any means. Offensively we got it done.”

Sanders Pregame Speech Was On One: On-Field Play Didn’t Match Though

An emotional Sanders led his final pregame speech, and even got emotional before leading his guys one last time. On the field, NCCU pushed the Tigers around just like the South Carolina State Bulldogs did in last year’s 31-10 Celebration Bowl win. While this score was much closer and it even took overtime, it also took some miracle plays by quarterback Shedeur Sanders and 2022 No.1 overall recruit Travis Hunter to force the extra session. More signs that the Tigers may not have been completely prepared for this matchup.

Coach Prime Is Off To Colorado: Shedeur And Shilo Both Entered The Portal After Game

Not long after the final gun in Atlanta, Sanders’ two sons entered their names into the transfer portal. While Shedeur is expected to join his dad as the QB of the Buffaloes, Shilo was against the move and even mentioned he may stay at JSU. Well that isn’t happening and the belief is he’ll end up in Boulder as well. The aforementioned Hunter is also expected to join Coach Prime in Colorado, as Deion announced earlier in the week.

Sanders other 2022 top-50 recruit Kevin Coleman, made it sound as if he’s staying put in Jackson. Following Saturday’s loss, Coleman took to Instagram saying this.

“Love ya Jackson 4L. We gotta finish what we started.”

That gives new head coach T.C. Taylor something to build around.