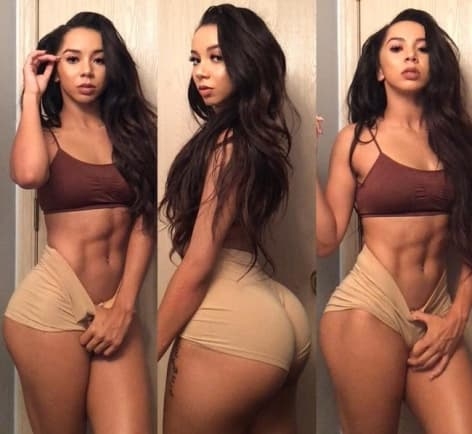 Colin Kaepernick’s love escapades seem to be as controversial, explosive and marketable as his political and social beliefs.

Instagram model and Twerkstar Brittany Renner has released a tell-all book about 7 celebrity men that she's slept with and one of them is the anthem - kneeling king,  who she once referred to as “perfection” in an Instagram post that drew her some critics and some new fans. 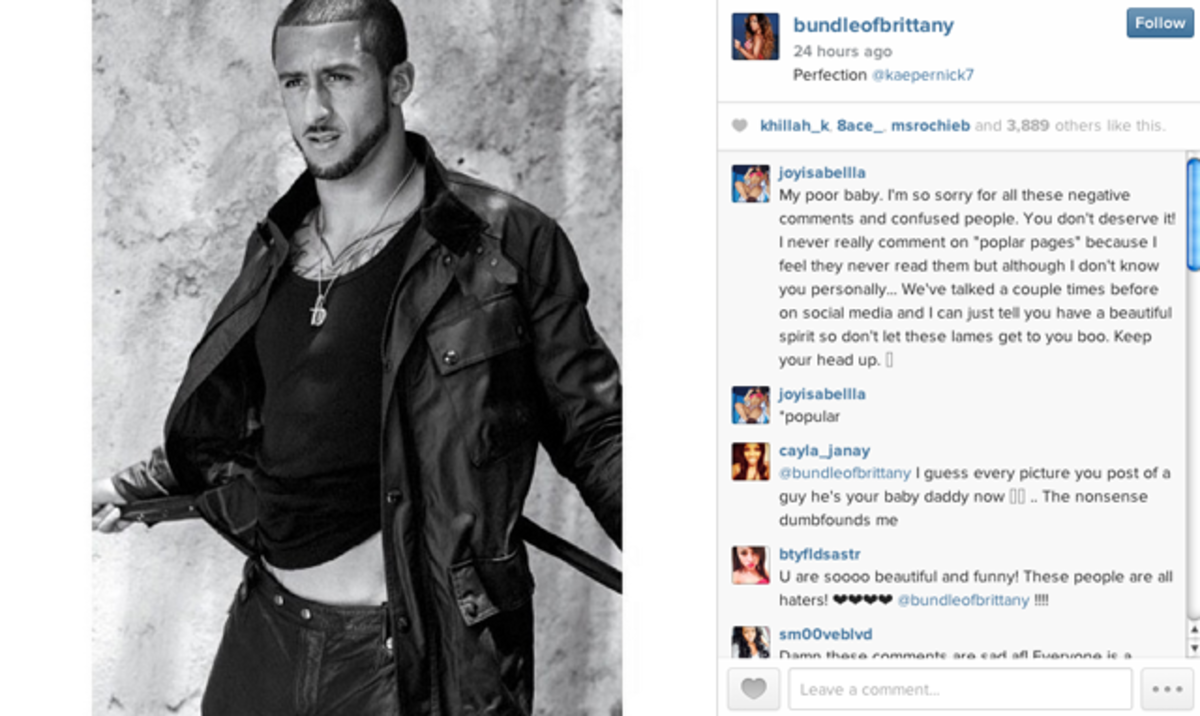 Kaepernick is one of seven famous men the fame-seeker lists in the book, entitled, Judge This Cover. Profiting off of sexual trysts with people of power is a common hustle these days. Renner's obviously broken bread with some big dawg entertainers and world-reknown playboys. Just add Kaepernick to that list.

Here's the book summary below:

A liberating journey through the life and times of Brittany Renner. This book details the experiences of a woman whom some love and others love to hate. It's a behind-the-scenes look into her life. Some may categorize and prejudge without knowing her story, but here is her truth. Written in a raw and real voice with wittiness and humor, Brittany allows you to walk a mile in her shoes. Depending on your appetite for truth and reality, this book may make you laugh, cry, cringe, or all of the above. You should never judge a book by its cover.

Renner uses code names for the seven subjects, but it’s not hard to figure out who she’s referencing in each of the seven stories/open letters to her past boyfriends or flings, one of them being Kaepernick, which is sure to give the book some added juice.

Frank: One and Done (Drake)

Ivan: Use your head (Tyga)

Kaepernick recently signed an historic deal with NIKE and is currently in a legal battle with the NFL to prove that owners colluded to keep him out of the league because he was the catalyst for player protests that disrupted the NFL in the 2016-17 seasons and inspired athletes across the sports landscape to kneel during the anthem (to bring awareness to social, racial injustice and police brutality) .