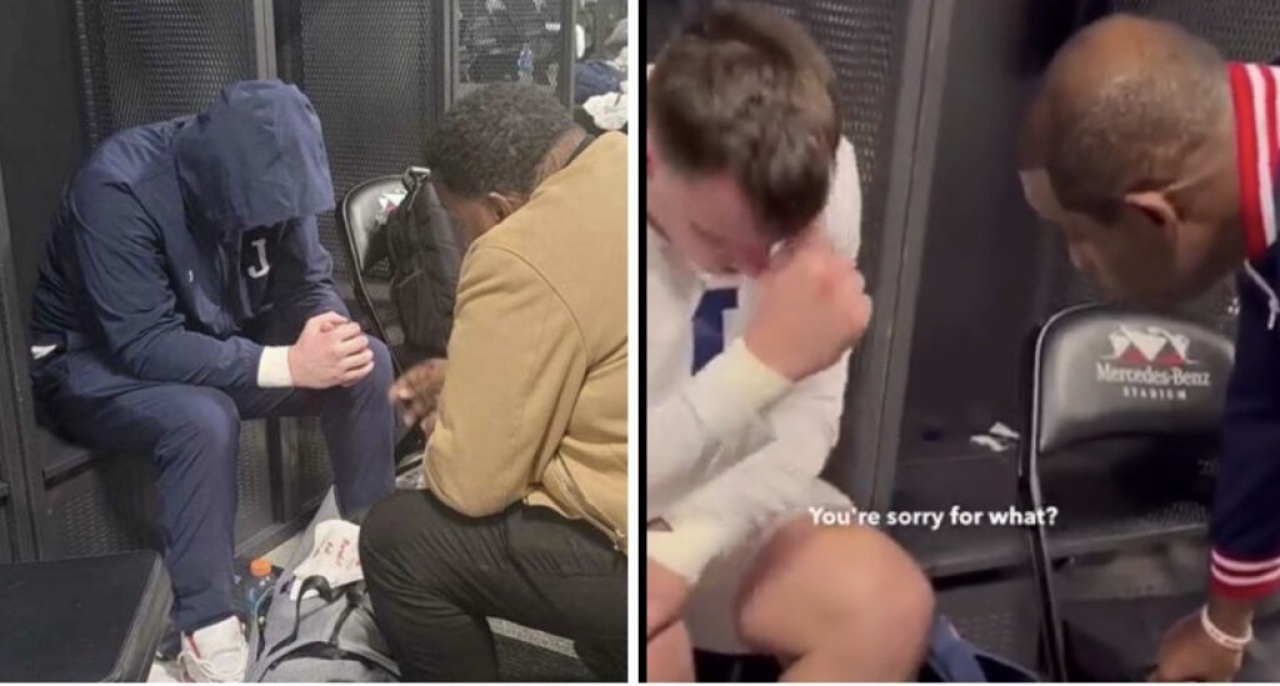 Lost in the shuffle of Saturday’s Celebration Bowl and then head coach Deion Sanders final game was the death threats and online bullying spewed at tight end Hayden Hagler. The talented sophomore dropped a would-be game tying touchdown in overtime of the Tigers 41-34 loss to the highly motivated and well-prepared North Carolina Central Eagles. A visibly distraught Hagler could be seen sitting on the bench at game’s end taking it pretty hard.

In the locker room he had to be consoled by Coach Prime, who let know it wasn’t his fault and he’d done good things all season. In a postgame video, the Pro Football Hall of Famer told Hagler this.

“That ain’t on you, that’s on us. We lost together so you understand that? I need you to fight through this adversity. This is going to prepare you for life …. that moment is going to make you be one of the best for the rest of your life.”

The video showed the side of coaching that tends to go unnoticed. All most see is the yelling and swearing, but this is the side that means the most and Coach Prime handled that the correct way.

Words Could Be Vital Given Hagler’s Family Dynamic:

Following the heartbreaking loss, Hagler’s mom says she and Hagler’s girlfriend received numerous threatening messages which were curated from anonymous sources. She said things were so hectic that they “had to hide in the bathroom till the stadium was empty.”

For Hagler’s mom this hit home even more considering the things she and her family have been through. She mentioned how they’d lost three sons due to depression, and that moment was one Hagler had hoped for, with the hopes of making his family proud.

And to have people send death threats to show their disapproval over a game is disturbing, disgusting and proves that many take sports way too far.

Pastor Prays With And Console Hagler:

E. Dewey Smith, Pastor of the House of Hope located in Georgia says he went to the Celebration Bowl to show support to good friend Deion Sanders. But in doing so he was there to speak life into and console Hagler following these unfortunate turn of events.

“Yesterday I thought I was going to the ‘Celebration Bowl’ to support my brother. Coach Deion Sanders & Jackson State University Football. After the game I realized why I was there…. for this moment! After Hayden dropped a TD pass, he was literally inconsolable for hours! God had me there for yesterday to minister to this young man’s pain and pray for him!!”

“Family, likewise, we should never let one situation destroy our live & futures!! It’s bigger than one moment!! Hold your head up & move on to the next play!!!”

Words of wisdom spewed by Pastor Smith to the young Hagler, but one can see why he was so down. While the drop wasn’t why the Tigers lost, it also stymied any chance to win the title as well.