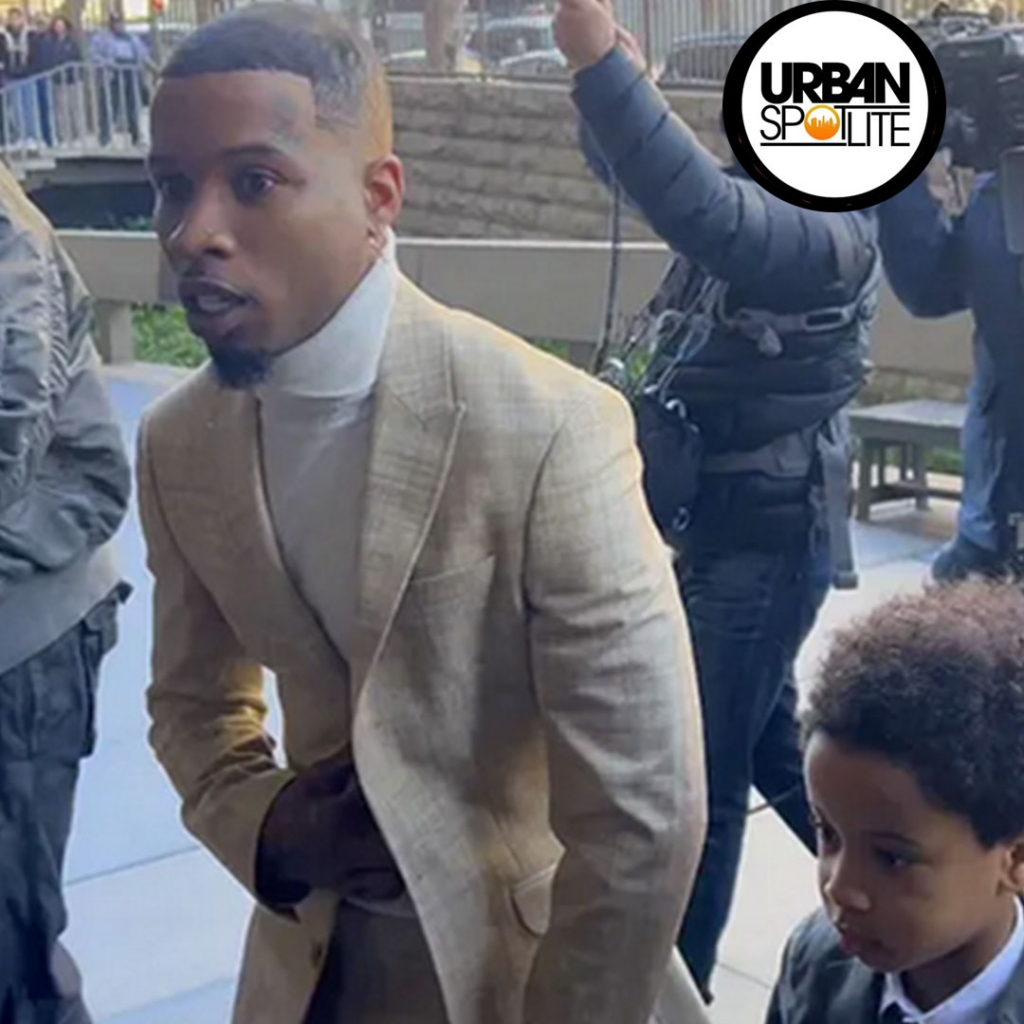 Wow! In a quicker court case than expected, Tory was found guilty for shooting Megan thee Stallion. Tory told the cameras as he entered the courtroom his spirits were high but now....well..a group of L.A. jurors found guilty of all three charges against him. Several members of Tory's family shouted, "This system stands before God!" and called the court system evil. Family members were then escorted them out of the courtroom.Tory now faces more than 22 years in prison, and has not been sentenced yet. More than likely he will be forced to go back to Canada. Tory's actual sentencing is on January 27. There were claims he shouted, "Dance, bitch!"  Tory had the nerve to make a album about the situation and had a sarcastic lawyer who said Megan lied to Gail King and she originally wasn't being truthful about having an intimate relationship with Tory Lanez. Tory's father carried on outside the courtroom after the jury delivered their verdict and Tory left the courtroom in handcuffs. His son was seen crying out loud in the courtroom.
Tags:  TORY LANEZ