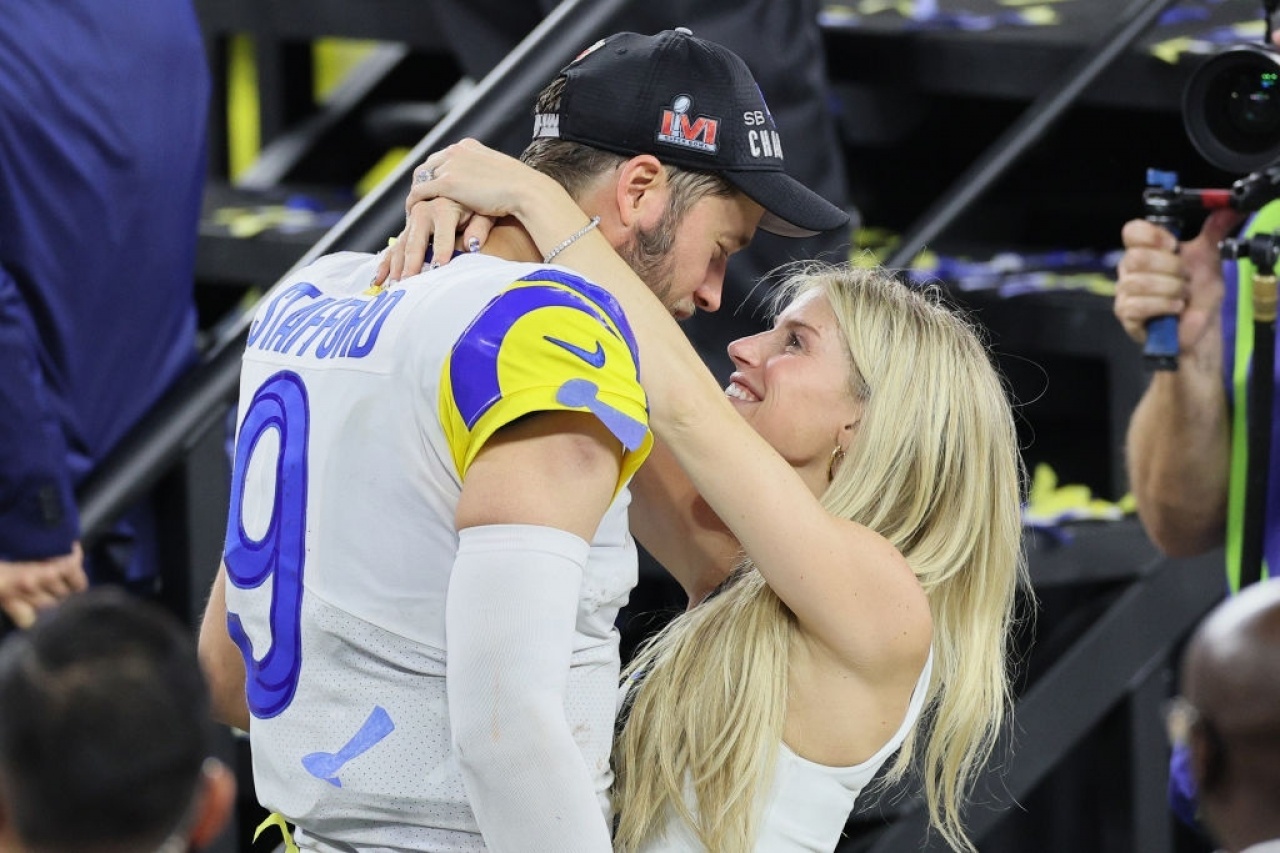 On the heels of leading the Rams to their second Super Bowl win in franchise history, Los Angeles Rams quarterback Matthew Stafford Super Bowl-winning quarterback Matthew Stafford wasn’t having a good 2022 season. That season came to an abrupt end when Stafford suffered a concussion in a Week 10 loss to the Saints. That came just two weeks after he suffered another concussion in a loss to the Buccaneers.

While there have been varying reports as to Stafford’s next move, with one possibly being retirement, the former Georgia Bulldogs signal caller quelled that notion pretty empathetically.

During a recent appearance on his wife’s podcast, “The Morning After With Kelly Stafford,” Matt answered that very question.

“A lot of people are asking this, which I already know the answer to —retirement are you retiring?“

Kelly then responded with the I told you so chatter….

“Okay, thank you. I say it, but no one listens to me. But I feel like coming out of your mouth … I think people are really asking it because I’ve been so emotional on this podcast. So there you go.”

You get the with Kelly with that out of the way she can move on and stop having to answer the question about her husband’s intentions for 2023. But it was a valid question considering all the injuries he’s suffered over his career and having won the ultimate game last year, why would he continue to put his body through the rigors of an NFL season.

Fresh off their Super Bowl win, many believed the Rams had what it took to possibly repeat. That changed opening night as they were manhandled by the Buffalo Bills. From that point things haven’t gotten any better, injuries to key players like the aforementioned Stafford and dominant defensive lineman Aaron Donald didn’t help matters. That with Losing left tackle Andrew Whitworth to retirement in the offseason and seeing edge rusher Von Miller leave his free agency this team, 4-10, has been a shell of last year’s Lombardi Trophy winner.

Following Monday Night’s loss to the Green Bay Packers, McVay said this in his postgame presser.

“I think it’s hard to say that you could. You certainly can’t, but this is the reality we’re in. This is where we’re at. There’s a lot of things to look at it, especially when you get a chance to step back after the season’s over, how do we try to avoid some of these things?”

“My job is to focus on, let’s finish the season with the right competitive spirit, with the mindset and mentality that’s reflective of who those guys in the locker room and who those coaches are and that’s what we’ll do. There’s been a lot of things that I’ve thought about that I think you can make sense of why you’ve gotten here, but it doesn’t make it any easier and it’s a very humbling season, for sure.”

Is Stafford A Hall Of Famer?

In his career Stafford has passed for over 52,000 yards, 333 touchdowns and 169 interceptions. He’s completed nearly 64 percent of the passes in his career, and the only thing that was missing from his potential HOF resume was the Super Bowl. Now with that in tow, he could walk away, but he’s gonna attempt to add to his resume, while hoping to be kept more upright next season.