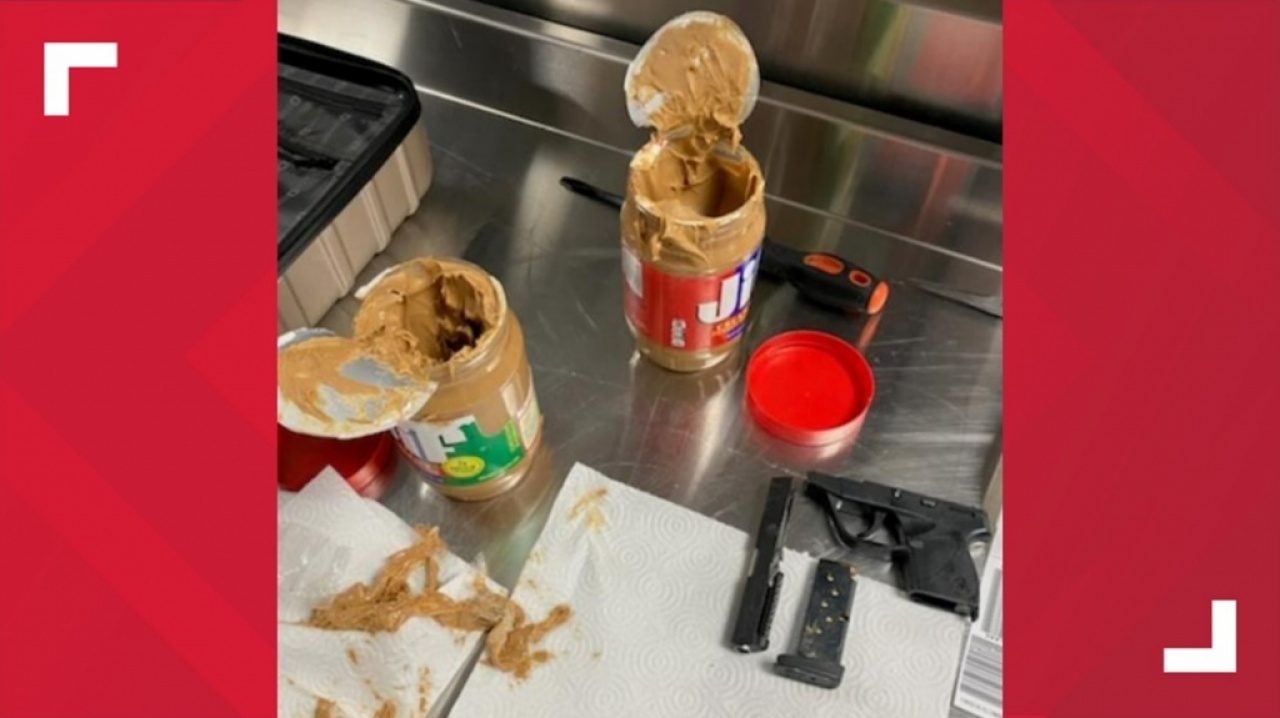 A man from Rhode Island was arrested at JFK International Airport for trying to smuggle a gun and the actual clip inside several jars of peanut butter. How foolish is this? TSA agents scan items through their machine all day long and look for suspicious items. Everything can be detected and if it looks unusal, it will be double checked by TSA. The traveler now has to go to jail for reportedly trying to transport a .22 caliber semi-automatic handgun wrapped in plastic and stuffed inside of two separate jars of Jif peanut butter. TSA’s Federal Security Director said, “The gun parts were artfully concealed in two smooth creamy jars of peanut butter, but there was certainly nothing smooth about the way the man went about trying to smuggle his gun.” “Our officers are good at their jobs and are focused on their mission — especially during the busy holiday travel period.” As we all know, it gets rough traveling during the holiday season and many flights are delayed and cancelled due to weather issues and shortage of crews adding stress to the holiday travel, just be smart when traveling though, that's all.