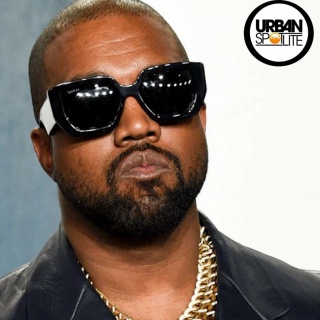 IS KANYE DUCKING BEING SERVED?

Kanye has allegedly been missing in action but for his own personal reasons. His former business manager, Thomas St. John, has been unable to get in contact with im as he was Donda's CEO branding managing operator.The two are said to have had an “aggressive meeting” and a falling out and Yeezy was not returning his messages.

“[St. John] needed a guarantee that [West] wouldn’t abruptly abandon the commercial relationship, in addition to the financial costs and hazards associated with committing to [West] as client. But Mr. St. John offered to settle for a contract lasting at least 18 months,” the lawsuit allegedly states. Thomas St. John is now seeking $4.5 million in damages, which are simply  payments for the months of July, August and September, as well as retainers for the remaining term of the defaulted agreement, which was set to end in November 2023. Kanye has lost many deals due to his vocal opinion on Jews and praising Hitler (which I am personally a bit confused about but hey (shoulder shrug emoji.) I think Yeezy will figure it out and don't see his career declining in the future musically due to his originality and cult-like following which he has now built through his clothing. Yes ladies and gentleman, don't sleep on Yeezy, there are still many people wearing his clothing and sneakers on the low, especially in middle America, don't get it twisted.