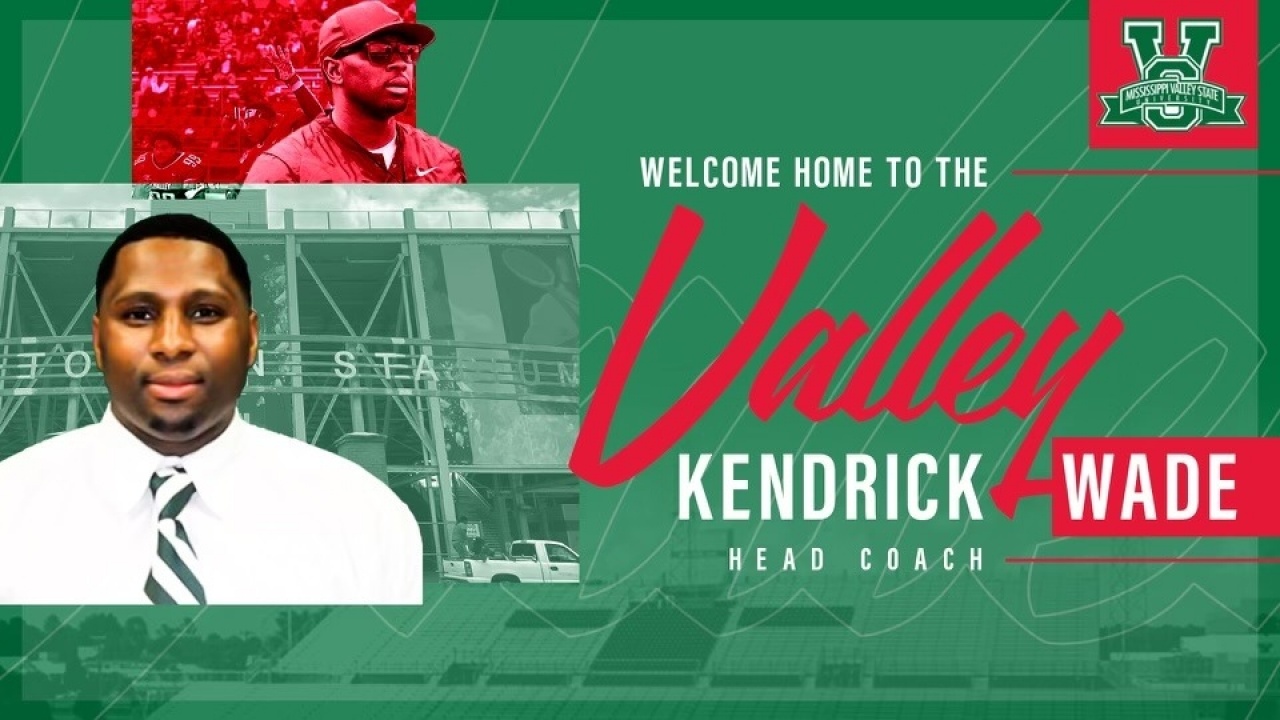 And elated Wade knows he has his work cut out for him, but he sounds as if he’s ready for the challenge.

In a statement following the announcement of his hiring, here’s what Wade had to say …

“I have dreamed of this moment; I saw it before it became a reality. I always felt I would have the honor of returning home to elevate this program to compete for championships, and that’s what we’re going to do. I know it will not happen overnight, but the “Process” of that elevation begins now. Valley, “THE TIME IS NOW”, said Wade.

Following Vancy’s departure, the school promoted it’s defensive coordinator Javier Gonzalez to an interim head coach role. The team then set out to find its next head coach, which happens to be Wade. The school’s athletic director Hakim McClellan spoke highly of his new head coach.

“We were looking for a leader with a vision who could draw people into the program and towards him. Coach Wade has been working hard paying his dues in the high school and college ranks. He has demonstrated proven success as an assistant coach and what he has accomplished working with players over the years, we believe he will do the same coming back home to The Valley,” said McClellan.

During Vancy’s tenure the MVSU went 10-38, but not all of it was his fault. A lot of stems from the revenue challenges the program faces yearly, which in turn makes it difficult to succeed. That will be just one of the many obstacles Wade will face, “down on the delta.”

For as much work as Vandy did, it still didn’t translate to wins on the field.

Wade who’s highly regarded as a top notch recruiter, wide receiver coach and motivator, will need to use that formula to land some of the top players in Mississippi and surrounding areas. If he can do that he could see a difference on the field.

Wade comes from a winning program in Delta State, which is located in Cleveland, Ohio. There he helped guide the Statesmen program

to an 11-2 record and a Gulf South Conference championship. That was good enough to land the program a Division 2 playoff berth.

The addition of Wade to its staff as wide receivers coach paid immediate dividends offensively as the team averaged a shade over 41 points per game and nearly 500 total yards per game. While that probably won’t happen at MVSU right away, Delta Devils fans would love nothing more than to see some of that offensive production in their program.

Shades of yesteryear with when Archie Cooley, was lighting up the scoreboard with his Satellite Express combo of quarterback Willis Totten and Pro Football Hall of Famer wideout Jerry Rice.

Wade Is One Of Three New Hires To The SWAC:

Wade joins, Jackson State head coach T.C. Taylor who replaces the aforementioned Deion Sanders. Alonzo Hampton takes the reigns at Arkansas Pine-Bliff. And down at Bethune-Cookman, the Wildcats are hoping another Pro Football Hall of Famer, Ed Reed, can fix their struggling program.

While Deion’s departure stings a bit, it’s also opened the door for a more competitive SWAC football season in 2023.