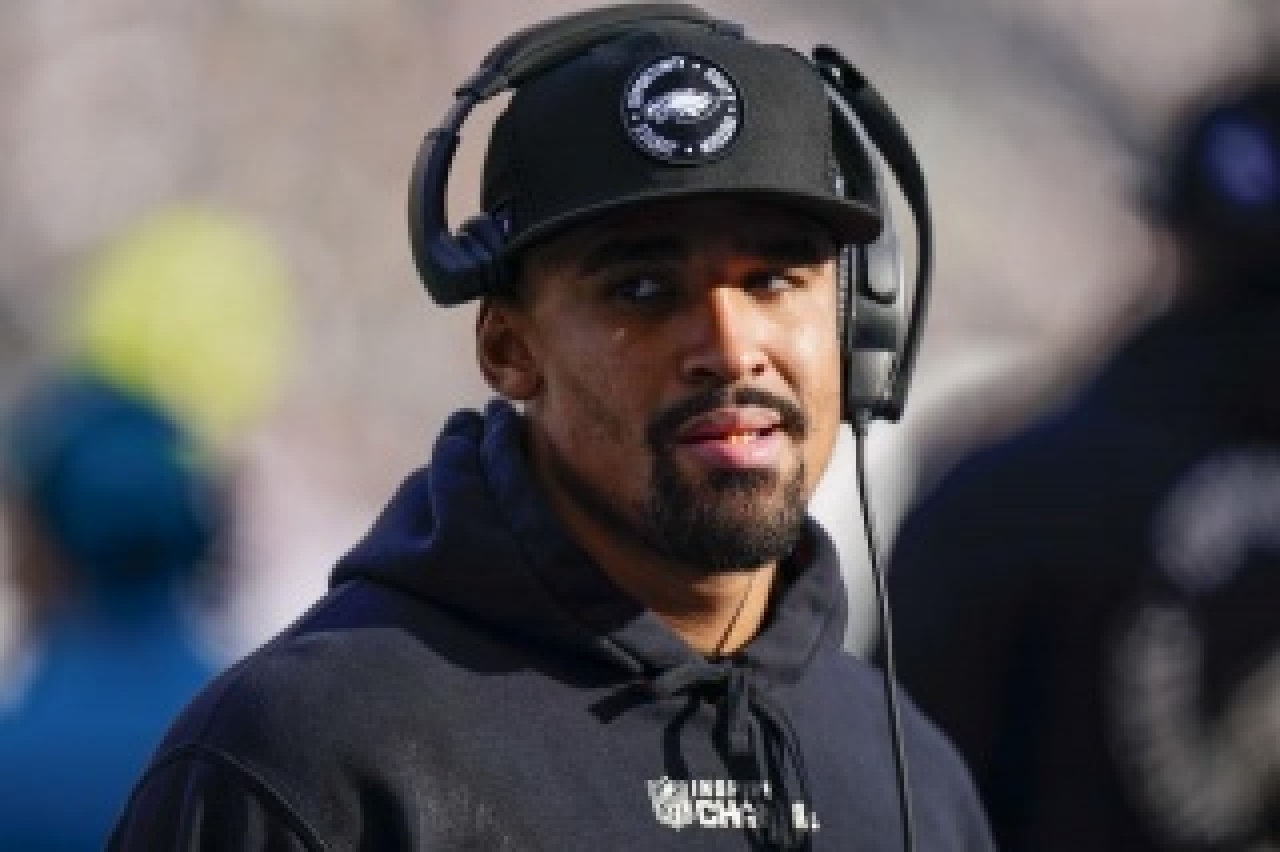 For a second consecutive week the Philadelphia Eagles lost a game without their MVP candidate quarterback Jalen Hurts. The former Alabama Crimson and Oklahoma Sooners star has been sidelined the last two with a sprained right shoulder, which happens to also be his throwing shoulder. In their previous 14 games all starts by Hurts the Eagles were 13-1, and even that one loss wasn’t on Hurts, but moreso his teammates.

Now after two consecutive losses leading to a must win against the Giants next week to win the NFC East and clinch homefield throughout the playoffs. The early season chatter of anyone can play QB in this offense has finally ceased, because it was Hurts dual-threat ability that made it lethal. Without it the last two weeks it’s become pretty pedestrian at times.

As for Hurts availability for next week’s huge tilt against the division foe Giants, head coach Nick Sirianni was pretty blunt and straightforward during his postgame press conference.

“He was close this week. Obviously we will take it one day at a time. I mean, for me to say right now and today that, yeah, Jalen is playing or, no, he is not playing I don’t think is fair to anybody, because so many things can happen in a week. We’re going to evaluate and see where he is. Nothing changes that aspect of it. His health is the No.1 priority and not putting him in a position that is going to risk his health. We’ll evaluate that as the week goes. Obviously if he’s ready to go, he’ll play.”

Sounds like barring any setbacks this coming week, the Eagles will have their leader back under center.

Why Is Hurts So Vital To Eagles Success?

The Eagles offense is built on a strong running game and taking downfield shots to receivers A.J. Brown and DeVonta Smith. Having Hurts at the controls is imperative because of his ability in the zone read game which the Eagles use a lot. With that Hurts can run, handoff or pull it and throw it to a wide open receiver once the defense has committed to stopping one of those three options. It’s a huge reason why the Eagles were so hard to defend when he was healthy.

In complete control of things in this dynamic offensive scheme, Hurts has passed for nearly 3,500 yards, 22 touchdowns and a league-low five interceptions. He’s also rushed for 747 yards and 13 more touchdowns. But somehow folks really believe anyone can run this offense, and these last two weeks have completely proved that to be untrue.

Eagles Are Still The NFC Favorites:

Despite the two consecutive losses Philly is still the betting favorite to represent the NFC in the Super Bowl at (+450), trailing only the Buffalo Bills in the entire league. But in order for that to happen they’ll need a healthy Hurts and his right tackle Lane Johnson as well.

When they were both healthy and ready to go next week, as they need to get this homefield advantage and division title from a psychological standpoint. Having been so dominant all season and to lose all that the last three weeks of the season wouldn’t be a good omen heading into the postseason.