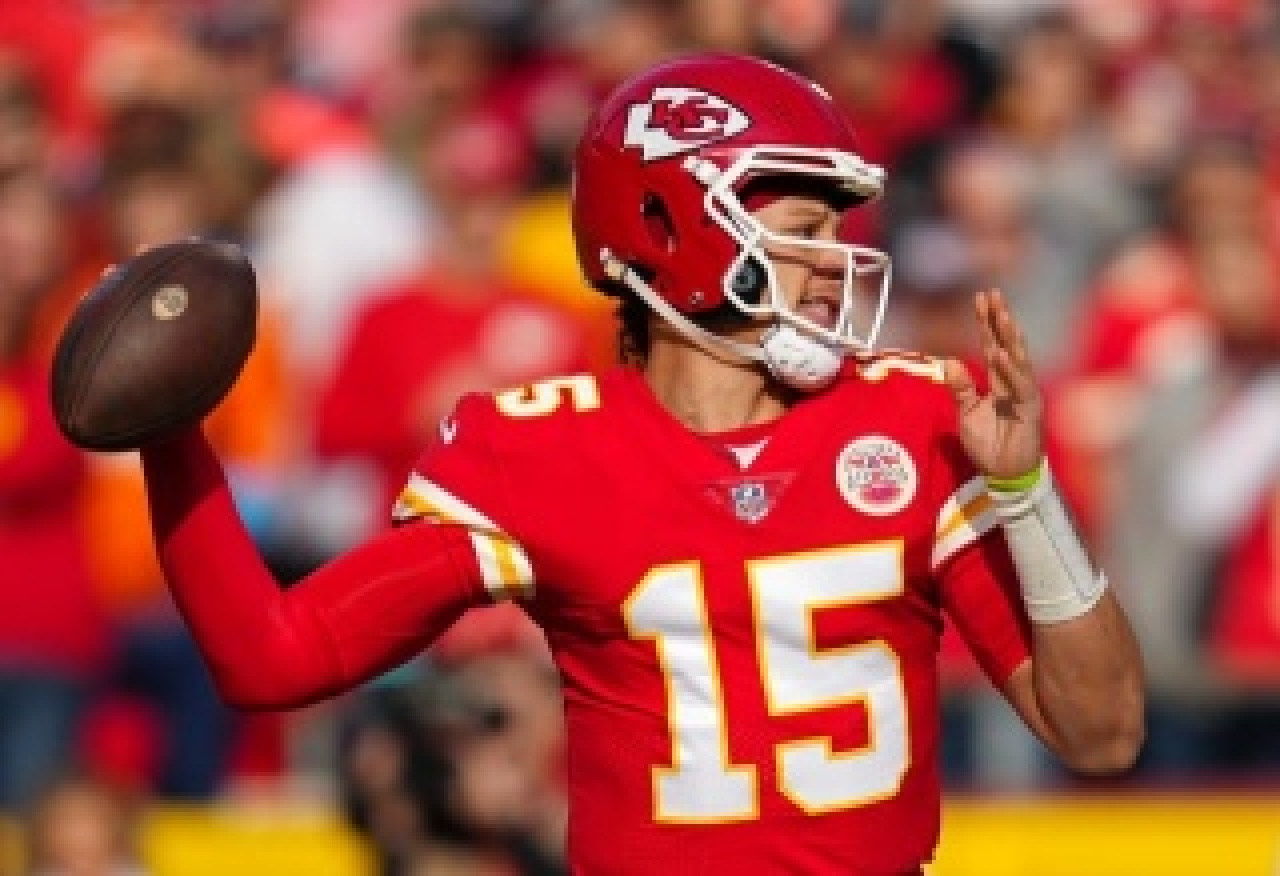 Another week and more accolades for Kansas City Chiefs superstar quarterback Patrick Mahomes. The MVP front runner surpassed the 5,000-yard passing yards mark for the second time in his career. In doing so he joins Tom Brady who has two and Drew Brees who’s  six is unreal, as the only three signal callers to reach this feat. Mahomes has been magnificent all season in leading a flawed Chiefs team to a 13-3 record, it’s seventh consecutive AFC West division title and a chance at the top overall seed in the AFC playoffs.

Sunday’s performance was typical Mahomes he went for 328 yards and three touchdowns in a hard-fought 27-24 win over the Broncos. Following the win a happy, but not so satisfied Mahomes told reporters this ….

“I think we could be a lot better, especially me.”

Mahomes was referring to his lone interception that he was seen stewing about, and even at game’s end following a huge win he still wasn’t happy about it.

Mahomes has two 5,000-yard seasons in just five seasons as the starter, he’s been in the league since 2017, but didn’t play his rookie season.

Mahomes Continues Mastery Over The Broncos And AFC West:

With Sunday’s win Mahomes completed another season sweep of the Broncos, making him 11-0 as a starter against them. In fact, he and former No.1 overall pick and Indianapolis Colts star Andrew Luck are the only two quarterbacks with at least 10 wins and no losses against single opponent in the Super Bowl era. Luck’s dominance came against the Titans during his playing days.

Since becoming the Chiefs starter prior to the 2018 season, Mahomes has gone an astounding 27-3 against the AFC West winning five consecutive division titles as the starter. That’s a 90 percent win clip against teams he faces a total of six times per season.

The Chiefs are a 13-3 team, and let’s face it their defense is just okay. Weekly they get gashed and give up big plays, only to have Mahomes bail them out frequently. When the team traded superstar wideout Tyreek Hill to the Dolphins in March, the belief was they’d take a step back.

Not so fast, as that move actually helped Mahomes to become a real student of playing the quarterback position. Not having the fastest and most dynamic player in the NFL on offense forced Mahomes to take better care of the football and take less risk downfield. Mahomes who was always good throwing the football at every level, has become a surgeon in the short-to-intermediate game this season.

A byproduct of having to dummy things down a bit without Hill taking the top off the defense consistently.

For his efforts, Mahomes is about to win his second MVP. This season he’s passed for 5,048 yards, 40 touchdowns and 12 interceptions

If you ask him he’ll tell you he’d like to keep those interception numbers in the single digits.