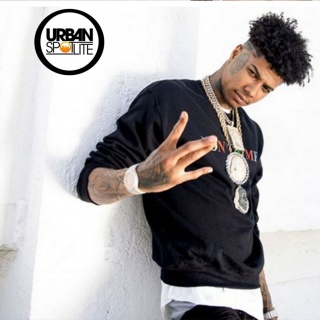 BLUEFACE IN ALTERCATION IN BALTIMORE

Blueface and his ever popular girlfriend, Chrisean Rock, tried to enjoy their New Year’s Eve in Baltimore, but got into an altercation with a lot of people at one time. Blueface simply put got into a fight. Video footage shows the brawl which looks like Blueface getting jumped but it was revealed he was the one who actually knocked the person out in the video. After everything was over, Blueface posted a photo of the person lying on the ground saying, “He was sleepy.” Nobody knows why all of this took place, who knows maybe they were recording for his show.