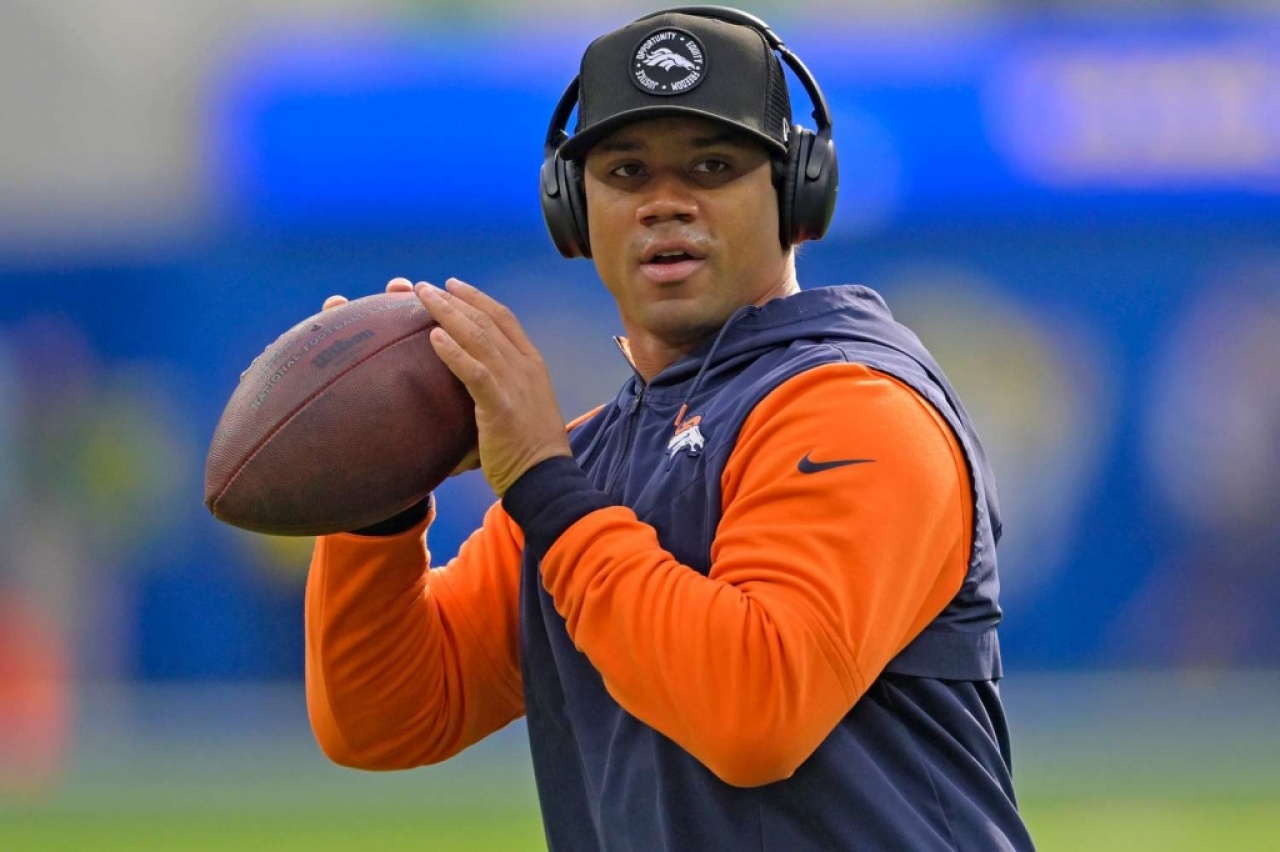 The 2022 season hasn’t been anything like the Denver Broncos expected, especially star quarterback Russell Wilson who’s endured the worst statistical season of his 11-year career. With the team getting blown out on Christmas Day and sitting at 4-11, team brass decided to end the Nathaniel Hackett as head coach experiment just 15 games into his first season. Immediately following Hacketts’s departure, many were calling for Wilson to be gone as, and some even proclaimed he got Hackett fired. Then came the story of Wilson reportedly having a private office in the Broncos facility, and reports of his teammates not really feeling him.

During his postgame presser on Sunday Wilson thanked those who stood up for him.

“It meant the world to me because I give my all everyday. I don’t know anything else. So, I’m grateful for these guys, because they work their butts off, and for them to have my back….” Wilson said before finishing up at the podium.

Those teammates wideouts Jerry Jeudy and  KJ Hamler and offensive tackle Garett Bolles, stood up and voiced their unwavering support for their quarterback.

The former Alabama Crimson Tide star immediately followed that tweet up with his displeasure for the media doing typical media things.

“I’m tired of the media trynna portray something it’s not. Got the whole world fooled.”

“I’m not gonna let nobody talk down on Russell Wilson.”

As for Bolles who protects Wilson’s blindside weekly, he tweeted this in regards to the man he gets paid to keep upright.

While, a lot of the criticism of Wilson is definitely warranted, it’s good to see his teammates stand up for him amidst some of the accusations that have been leaked. Shows that he’s liked among his teammates, which is completely the opposite of what the media has tried to portray.

Wilson Has Been A Shell Of Himself This Season:

In March the Broncos traded the farm to acquire Wilson, they were so sure of the move they even gave the former Wisconsin Badgers star a huge extension that nearly reaches a quarter of a billion dollars. Right now that and the trade looks like a huge mistake, as Wilson

has suffered the worst statistical season of his career. Wilson’s numbers this season looks like this, just over 3,200 yards, 13 touchdowns and 10 interceptions. For a team that saw 11 signal callers following Peyton Manning’s retirement in 2015, prior to Wilson, this wasn’t the expectancy this season. Wilson has also shows some real regression and flaws in playing the QB position. Perhaps, Seahawks head coach Pete Carroll was onto something in making the trade in March.

Broncos are 4-12, and have a top-ten defense that’s been the only thing worth talking about this season out in the Rockies.

As bad as Wilson has been, to land a proven coach like former Saints coach Sean Payton or current Michigan and former Niners head coach Jim Harbaugh, a proven signal caller will have to be in place.

Can Wilson recapture any of that, “Let Russ Cook,” magic from Seattle?

Payton says he’s fixable. We shall see and Payton could be the one to do it.