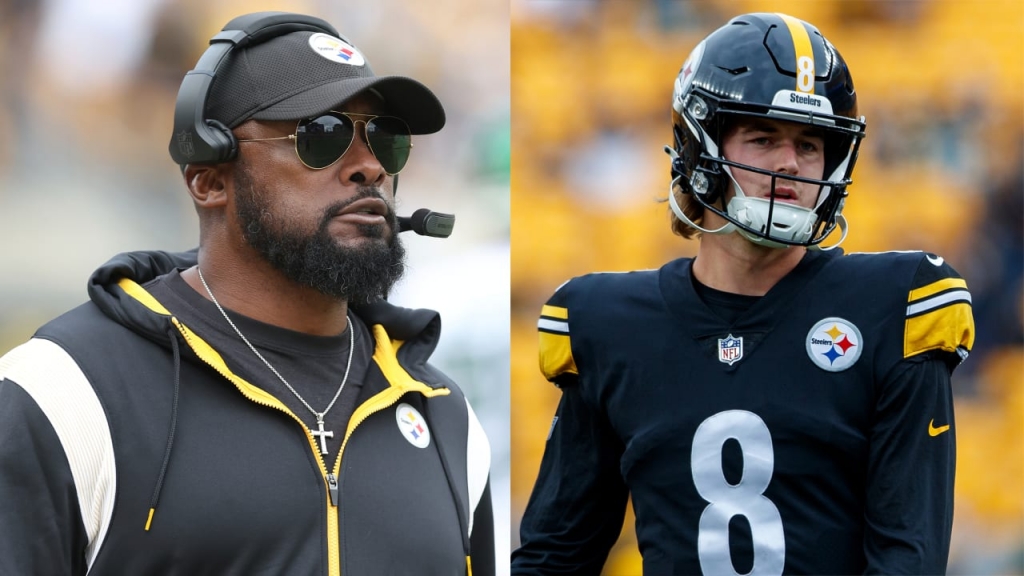 On Sunday night in Baltimore, Pittsburgh Steelers rookie quarterback Kenny Pickett showed why he was the into quarterback taken in the first round of the 2022 NFL Draft. In arguably the most bitter rivalry in the NFL, between the Steelers and Ravens, it was Pickett who shined brightest as the Pittsburgh got a huge 16-13 road win. The win in essence kept their slim playoff chances alive, as well as head coach Mike Tomlin’s record non-losing season streak which stands at 15. Following his young signal caller’s game-winning drive and subsequent touchdown pass to running back Najee Harris, Tomlin raved about him in his postgame presser.

“Can’t say enough about our young QB,” Tomlin said to the media during his postgame presser.

“He smiles in the face of it. He’s always ready to be that guy in the moments we need him to be that guy, and it’s just good to see a young guy.”

While, Pickett’s numbers won’t blow you away, the rookie from Pittsburgh, showed poise and calm in the midst of heavy pressure. He finished just 15/27 for 168 yards and the aforementioned touchdown toss to Harris which proves to the game winner. But it was another throw on that same drive that showed why he was also taken in the first round.

This strike to wideout Steven Sims had everything, touch, zip, accuracy and confidence all in one.

In getting the win Tomlin’s team has battled back from 2-6 to a respectable 8-8. That’s one helluva coaching job by one of the best to ever do it.

Pickett Has The IT FACTOR:

Tomlin chose to start veteran journeyman and former No.2 overall pick Mitch Trubisky to begin the season. That experiment didn’t last long and Pickett stepped into mixed results early and often, but even then you could see he had something to him. The way he carried himself, the way he prepared and how he handled failure early was key. It let Tomlin know he had a mature rookie who understood that this doesn’t come easy or without hard work and dedication to your craft.

That’s one of the reasons Tomlin and Steelers brass chose him over the other available quarterbacks in the 2022 NFL Draft. That and he played in many meaningful games at Pitt, whom the Steelers share their athletic facility. So the familiarity factor also played a role in why they chose Pickett, but the kid can also play and he has a cool and calm about him you crave in a quarterback.

Tomlin Once Again Puts His Elite Coaching Acumen On Display:

Left for dead at 2-6, Tomlin’s leadership has motivated and galvanized his locker room, which in turn has changed results on the field. The same thing happened last season as the Steelers sat in the 13th spot in the AFC at one point, only to rebound and take the final wildcard spot. A masterful coaching display by Tomlin indeed, but this one may be even more impressive.

Because he’s doing this without his stalwart future Hall of Famer quarterback, Ben Roethlisberger who retired at the end of the 2021 season.

But yet in still folks in and around Pittsburgh seem to want this guy gone.