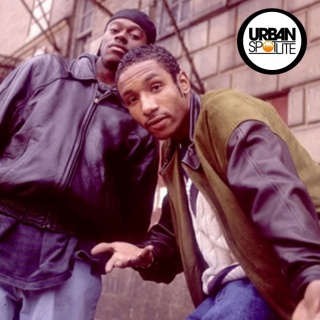 Black Sheep probably has one of the biggest songs in hip hop ever. "The Choice is Yours" (This or That) by Black Sheep has been used in commercials, movies and more, now they have a lawsuit against Universal Music Group over unpaid royalties in relation to a side deal with Spotify. Black Sheep is accusing UMG of owing over $750 million not only to them but their entire artist roster for allegedly breaching contracts with a weird deal with Spotify. Black Sheep is saying Universal accepted both cash and company stock from Spotify in exchange for music from their artists, and then turned around and only counted the cash when it distributed royalty payments.

“For approximately a decade, Universal omitted from the royalty statements Universal issued to plaintiffs that it had received Spotify stock in connection with the ‘use or exploitation’ of Black Sheep recordings.” A UMG spokesperson called the allegations “false and absurd.” “Universal Music Group’s innovative leadership has led to the renewed growth of the music ecosystem to the benefit of recording artists, songwriters and creators around the world,” they said. “UMG has a well-established track record of fighting for artist compensation and the claim that it would take equity at the expense of artist compensation is patently false and absurd. Given that this is pending litigation, we cannot comment on all aspects of the complaint.” Spotify did not respond on details of the $750 million dollar lawsuit.
Tags:  BLACK SHEEP