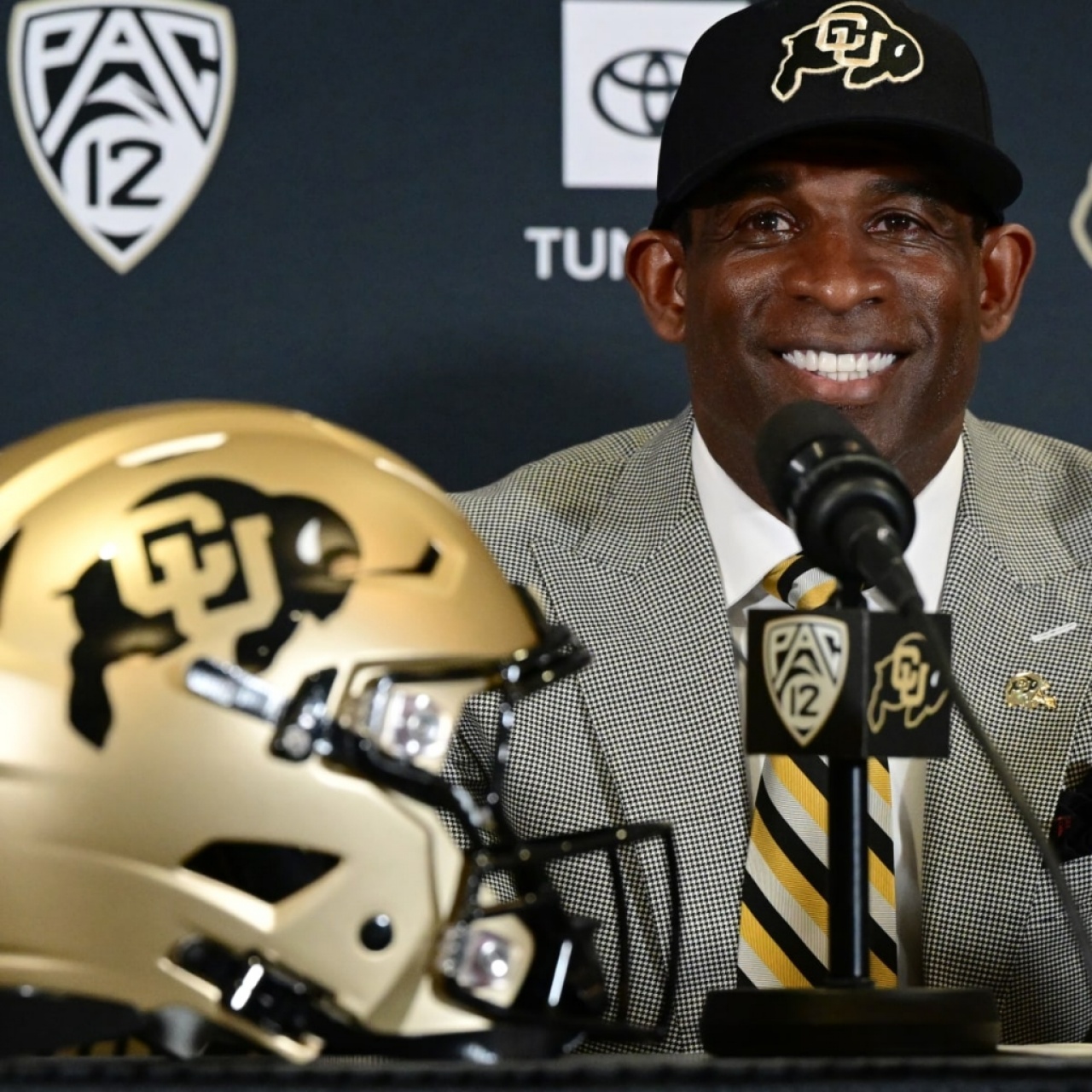 When Deion Sanders took the job at Colorado on December 3rd, giving him just two weeks to land a recruiting class. With the Early Signing Period commencing on December 21st, Sanders had to jump into action to land recruits to Boulder. The charismatic Sanders did just that in accumulating the 23rd-ranked class in the nation. In essence he did it on two weekends, as he still prepped the Jackson State Tigers for the Celebration Bowl.

With Sanders at the helm, the Buffaloes a program that’s gone 5-19 the last two seasons, including 1-11 in 2022, landed 35 players in all. 17 new signees and 18 transfers have agreed to come to Boulder and help Coach Prime attempt rebuild a dormant once proud program.

As he did at Jackson State Sanders added key pieces in both. In the typical do-it-big Coach Prime way, Sanders pulled out all the bells and whistles on those couple of recruiting weekends. The fancy car twist was something most probably didn’t see coming, but it’s Deion.

Sanders said he was coming, it’s safe to say he’s arrived in a big way.

The bellcows of Coach Prime’s 17 new signees are speedy running back Dylan Edwards, the No.11 ranked back in the nation. He’s joined by stud wideouts Omarion Miller and Adam Hopkins. All are four-star recruits who’ll likely see the field early and often in Boulder.

Defensively the cupboard isn’t bare either, as Sanders signed Taje McCoy an underrated edge rusher who’s skillset should afford him playing time pretty early as well. He’s joined on that side of the ball by, cornerback Carter Stoutmire who has the ball skills to play soon, and is capable of playing inside or outside on the corner. It helped that Stoutmire’s dad, Omar, played with Deion and and is good friends with Colorado defensive backs coach Kevin Mathis, in fact Mathis is his godfather.

“Coach Mathis is actually my godfather, so that’s something special right there,” Carter Stoutmire said. I wold say it’s helpful having Coach Prime and Coach Mathis there at Colorado because they’ll create a family atmosphere. Especially going somewhere new to live, it is going to be nice to have that security knowing that you are going to have people that are in your corner.”

Stoutmire was committed to Arizona for the last seven months, but the opportunity to play with Coach Prime and his godfather was too good to pass up.

Upon his arrival to Colorado Sanders told current Buffalo players to jump in the portal because he was bringing luggage, and he even called it “Louis Vuitton,” a high-end fashion designer.

That luggage includes the 2022 No.1 overall recruit, Travis Hunter who committed to and played his freshman season at Jackson State under Coach Prime.

He also brought along a pretty good quarterback in former four-star recruit, his son Shedeur Sanders, who’s already been dubbed the favorite by Fox Sports to win the 2023 Heisman Trophy.

Four-star tight end Seydou Traore is the highest rated transfer outside of Hunter and Sanders, and he’ll have an immediate impact as a safety valve with homerun ability for Sanders in the Buffaloes revamped passing game.

Speedster Jimmy Horn Jr, is another quality pickup in the portal with gamebreaking speed, something new OC Sean Lewis’ offense prides itself on.

In all Coach Prime landed a great first class, and he still may not be done with February 1st signing day still around the corner and the nation’s No.1 ranked cornerback Cormani McClain still available, Sanders could add him opposite the dynamic Hunter.