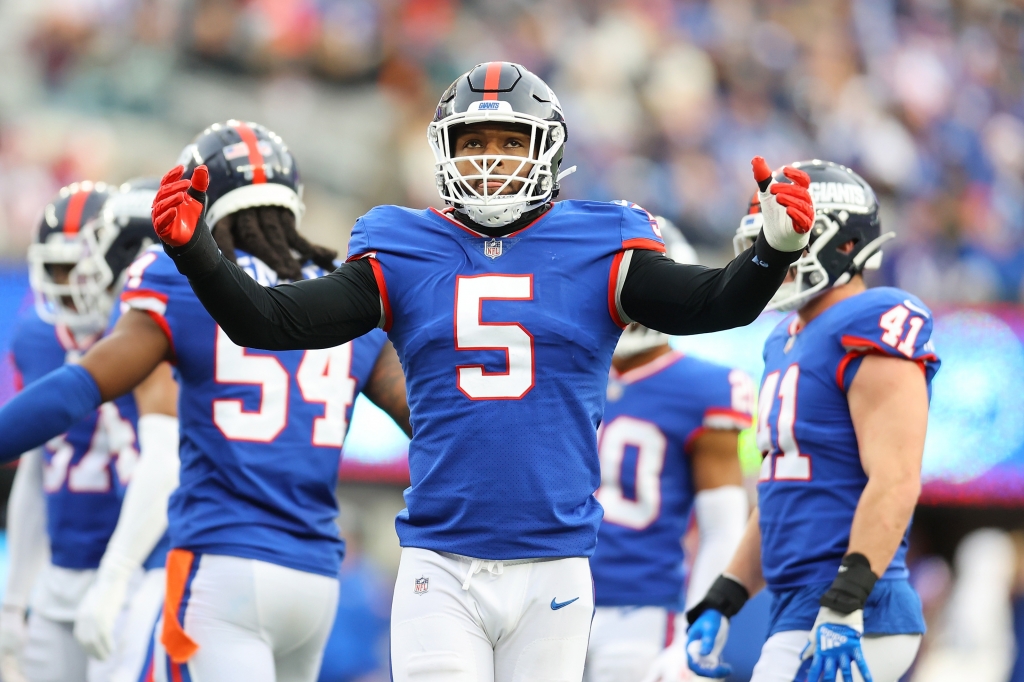 Giants rookie edge rusher Kayvon Thibodeaux is in some hot water for his antics during Sunday’s blowout win over the hapless Indianapolis Colts. In the game Thibodeaux sacked Colts quarterback Nick Foles who seemed hurt, Thibodeaux subsequently began doing a snow angel celebration right beside Foles. Thibs says he didn’t notice that he’d hurt Foles, who eventually walked off under his own power. Following the game, Thibodeaux showed little to no remorse for his actions, and he said he doesn’t even know who Saturday is.

Pro Football Hall of Famer and FS1 personality Shannon Sharpe agreed with Saturday’s sentiments on the No.5 overall pick from Oregon. During Thursday’s episode of “Undisputed” on FS1, Sharpe let his feelings on  the matter he known.

“So, yes I absolutely have a problem with him, and he does know who Jeff Saturday is.”

Sharpe Says Thibodeaux Should Know Who Saturday Is:

A legend himself, Sharpe is big on paying homage to those who came before him, and in this instance he feels as if Thibodeaux should do the same.

He also says what Saturday accomplished on and off the field are more than enough to know  who he is.

“But, that’s your problem, because you don’t do your research and pay homage to the guys that came before you, who made it better, who helped you make more money, because, Jeff Saturday, if I’m not mistaken was on the Players’ Association Committee, and he did  not to make sure the safety of the game and the monetary benefits that Kayvon Thibodeaux  is receiving right now,” Sharpe said.

On the gridiron Saturday will go down as one the best centers the game has ever witnessed. He snapped the football to Peyton Manning in Indianapolis winning one Super Bowl, four-time All-Pro and six-time Pro Bowler was a great player.

While the sack numbers for the former No.1 overall recruit don’t reflect his impact, he’s reeking havoc for a very underrated Giants defense. The four sacks that he has have all been critical ones if nothing else, but the two that standout are his strip sack of Ravens quarterback Lamar Jackson, which led to a Giants touchdown in a come from behind win.

His biggest play to date came in a road win at the division rival Commanders, where he stripped quarterback Taylor Heinicke and scooped it up for a score, it was the difference in a huge 20-12 win with major playoff implications.

Thibodeaux is young, and a bit immature at the moment. His actions didn’t look good, and then he didn’t show much remorse. The NFL has a way of humbling you, the hope is he’ll learn from his mistakes and doesn’t make this type of mistake again.