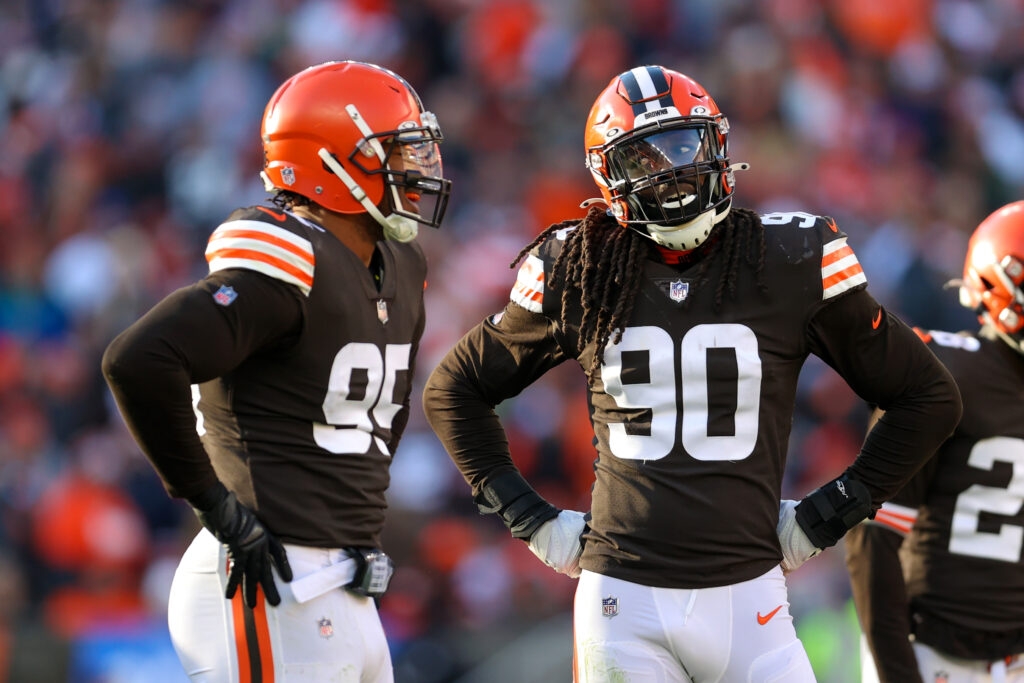 On Thursday, Cleveland Browns edge rusher and 2014 No.1 overall pick JaDeveon Clowney let his frustration be known in an interview with Cleveland.com the former three-time Pro Bowler called out the Browns schemes and how he was being used in them. Clowney who’s never reached the expectations put him, voiced how he thought favoritism was being shown to fellow edge rusher Myles Garrett.

In his interview, Clowney talked about how the team schemed their defense to help the aforementioned Garrett achieve more success.

“You’re all trying to get Garrett into the Hall of Fame instead of winning games,” Clowney said. I don’t even think Garrett notices. I ain’t trying to say it’s him. I try to get along with everybody I play with. Me and him don’t have a problem. It ain’t his fault, and it’s B.S., and I don’t have time for it.”

“We practiced all week, and we get into the game and they want to move me. I’m not doing this s—t, I’m old. I done my job. I don’t have time for that, Clowney told Cleveland.com. I’ve made my money. I’m doing this because I love the game, but keep doing things like that and making me not love the game.”

He also said he’s 95% sure he won’t return to the Browns, citing the aforementioned favoritism towards Garrett.

Clowney frustrations seem to fester around week 7 in a road game against Baltimore. In that game defensive ends coach, Chris Kiffin, said Clowney pretty took himself off the field on first and second downs. That was a change from his original statement to Kiffin that he wouldn’t be able to play non-third downs due to an undisclosed injury. In essence, it sounds like Clowney was loafing or trying to avoid the rigors of it. Unfortunately for someone so talented he doesn’t have the best track record as it pertains to effort and want to.

Clowney’s comments were immediately viewed as detrimental to the team, and embattled head coach Kevin Stefanski didn’t waste any time sending a message by sending Clowney home from practice. Pretty much ending his tenure on the shores of Lake Erie. Stefanski addressed the matter during his Friday post practice presser.

“I’m not going into discussions with any of our players throughout the course of a season,” said Stefanski. “We’re all human. We all have things that come up throughout the season that we talk about, but I’m not going to get into the specifics on this one.”

A Shocked Garrett Spoke On The Matter:

Garrett was one of the main ones who wanted Clowney to return for a second season. He let it be known to Browns brass that they needed to get a deal done and bring Clowney back. They de and he’s tallied a grand total of two sacks and a paltry 16.5% pass rush win rate while never being doubled. While, Garrett is doubled the most in the league at 31.3%, but still has 15 sacks which ranks fourth in the league, and his 27.8% pass rush win rate ranks second in the league.

Clowney told the media this in his post practice presser ….

“If I’m the most double-teamed guy, it’s hard to say I’m getting the most favorable matchups,” Garrett said. What I’ve done speaks for itself. Of course they’re going to put me in position to make plays. But they’re also going to be positions where I’m going to be double-teamed. I move all over the line. Clowney has moved, as well. We’ve both moved to be put in favorable matchups. He’s getting those same looks, at least that’s what I see. And I wish we could’ve talked about it.”

After vouching to have Clowney return this season, Garrett says he doesn’t know about Clowney returning again. Because he wants “volunteers, not hostages.”

He also said if Clowney feels unappreciated, to go somewhere they want, love and appreciate you.