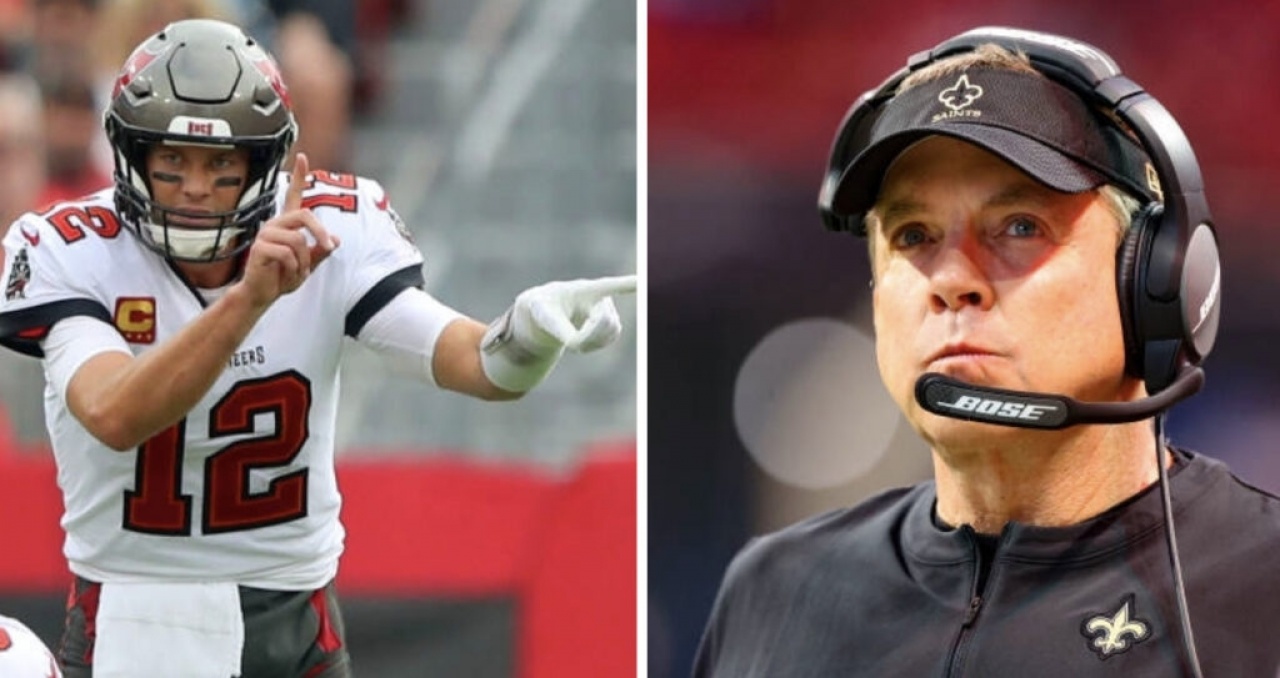 Ever since rumors spread that former Saints head coach Sean Payton was looking to return to the sidelines next season, the pundits have done their best to team him up with different quarterbacks. Names like Russell Wilson, Kyler Murray and Justin Herbert have surfaced. Another name that’s surfaced is the 45-year-old Tom Brady, who’s contract in Tampa is up at season’s end. Just two weeks ago Brady let it be known he isn’t exactly ready to retire, so immediately the Payton/Brady package deal became a thing.

In an interview with Peter Schaefer of NFL Network, Payton was pretty straightforward about the rumors, which are false based on his comments.

“I tell you what,” Payton said. “No, I think that there are a number of things that can play into Tom’s decision, when, I can’t speak for Tom. I haven’t talked to Tom. I’m certainly a big fan.”

Payton also says while he and Brady have a great relationship, and actually share the same agent, in Don Yee, let’s quell the notion of me and Brady together next season.

“Over the years we’ve kept in touch, never worked together. I think there’s too many variables in that equation. If we work together, there’s a good chance it’s going to be with FOX,” Payton said with a smirk.

As great as Brady is, Payton wants to get his hands on a younger quarterback that he can continue to develop and lead. Not one who’s 45, and would have a ton of say so wherever he lands in the next part of this long journey that’s currently at 23 seasons.

Broncos And Cardinals Will Definitely Take A Flyer On Payton:

Payton’s track record as a QB guru is well-documented. He played a vital role in the development of former Cowboys coach Tony Romo, before departing for New Orleans. Down on the bayou, Payton and future first ballot Hall of Famer, made magic happen leading the franchise to its only Super Sunday appearance and win in 2009. They also turned a dormant Saints franchise into consistent winners, and the minute Brees retired, Payton seemed lost and disinterested. In many ways, Payton became spoiled, with an all-time great leading his offense, and when he didn’t have that anymore he stepped away.

Now he’s ready to jump back in the saddle, and with teams like the Cardinals and Broncos in total disarray, Payton could end up in either spot. In fact, the Broncos have already requested an interview with Payton who’s rights are still owned by the Saints, meaning they’d have to give up compensation to land his services. What’s attractive at those two spots? Kyler Murray and Russell Wilson, two talented signal callers who struggled mightily in 2022.

Teams That Could Surprise By Adding Payton:

The Chargers made the playoffs for the first time in head coach Brandon Staley and star QB Justin Herbert’s tenure together. But Staley is no Payton by any stretch of the imagination.

Then there’s the Browns, who have their star signal caller, Deshaun Watson back and may look to move on from Kevin Stefanski.

Last but not least is the Dallas Cowboys and Dak Prescott who under current head coach Mike McCarthy, a Super Bowl-winning coach  is also feeling the heat of needing a long playoff run to feel good about his job security. That despite owner Jerry Jones trying to make us believe he’s safe no matter what. Jones won’t say it, but he feels as if Payton was the one who got away back in the day as an assistant under Bill Parcells with the Boys.

Per reports, Payton also still makes his offseason home in the Dallas-Fort Worth area.