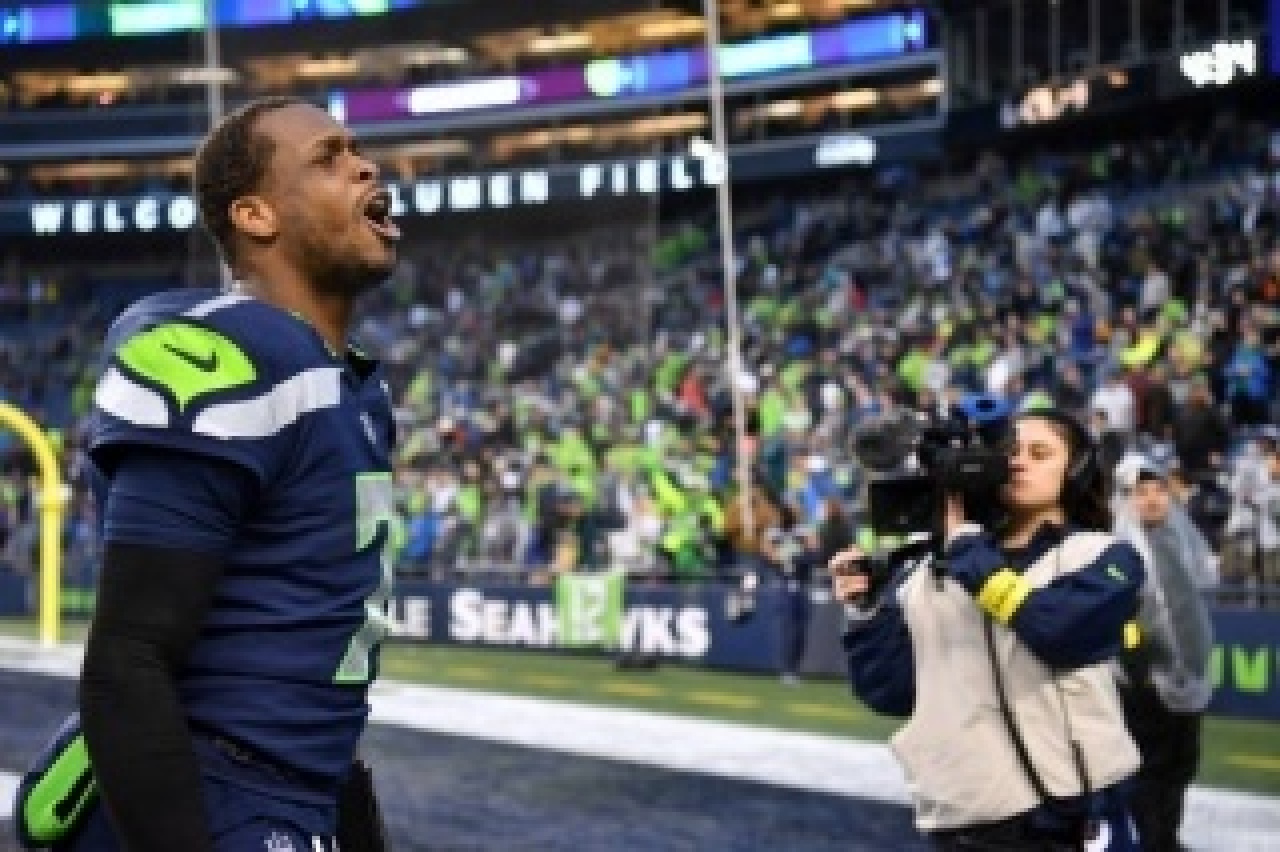 When the Seattle Seahawks parted ways and traded franchise stalwart Russell Wilson to the Denver Broncos in March, the belief was a rebuild in the Pacific Northwest was about to happen. That’s until veteran journeyman quarterback Geno Smith stepped in and helped lead the Seahawks to an improbable playoff run. By virtue of Sunday’s big, 19-16, overtime win over the hapless Los Angeles Rams, and a Lions win over the Green Bay Packers, Seattle clinched the final playoff berth in the NFC.

In a season thought to be one of rebuilding for draft picks, head coach Pete Carroll did arguably the best coaching job of his career, and he started it with making Smith his starter after a QB battle with Drew Lock over the offseason. Smith hasn’t disappointed at all this seasons and following Sunday’s big win the former West Virginia Mountaineers star exuded the raw emotion of his journey.

“It took a lot of heart,” Smith said. “I’m thankful man. Just thankful for God. I feel like I’m about to break down. It’s just team ball, hard fought, crowd was rocking. The Rams played their asses off. We had to pull it out— it was ugly, we found a way!”

This season has been one of historic first and record-breaking for Smith, who broke many of the aforementioned Wilson’s franchise passing records. This season Smith, broke the franchise's single season record for passing yards with 4,292.

All records were previously held by Russell Wilson. For his efforts he was named to his fist Pro Bowl.

His 30 touchdown passes and just 11 interceptions are personal best for Smith, who’s now been a starter three seasons in his career.

Smith Is A Free Agent: Will Seahawks Pay Him?

Is this the Smith you’ll get going forward or is it a flash in the pan? That’s what Seahawks brass must decipher as Smith will be unrestricted free agent at season’s end. The bright side of it is the Seahawks have several ways to keep their newfound signal caller out by Mount Rainier if they fail to reach a long-term deal with him. They have the ability to franchise tag or transition tag him, each would cost the team about $30-32M in pay for one year.

Geno already cashed in on a $1M bonus for the playoff berth and playing 80 percent of the snaps.

Head coach Pete Carroll seems to like the QB situation he has ….

In his postgame presser he told reporters this.

“Well, we have work to do, but our system is really good. The system is really good,” Carroll said. “What were asking these guys to do, for him to come in as a first-year starter after five years or whatever it is to execute like he has done all year long. I think 69.8 completion percentage for the season and all the touchdowns and all the plays he has made and — I think our quarterback position is great.

“But he is going to be a free agent, so we have work to do. We never got a chance to see Drew, but I’ve seen a lot of him, and I like what he does, too. I think our quarterback situation, if we can get him signed, is a great situation going forward. We know what we got.”

For some reason Carroll keeps bringing up Lock, who’s proven on numerous occasions he ain’t it. Sounds like Carroll is drumming up Lock as a ploy for negotiations with Smith. In his own way he’s making it seem like Lock can step in and play well because of the system, if that were the case why isn’t he the starter now? He’s under contract longer.