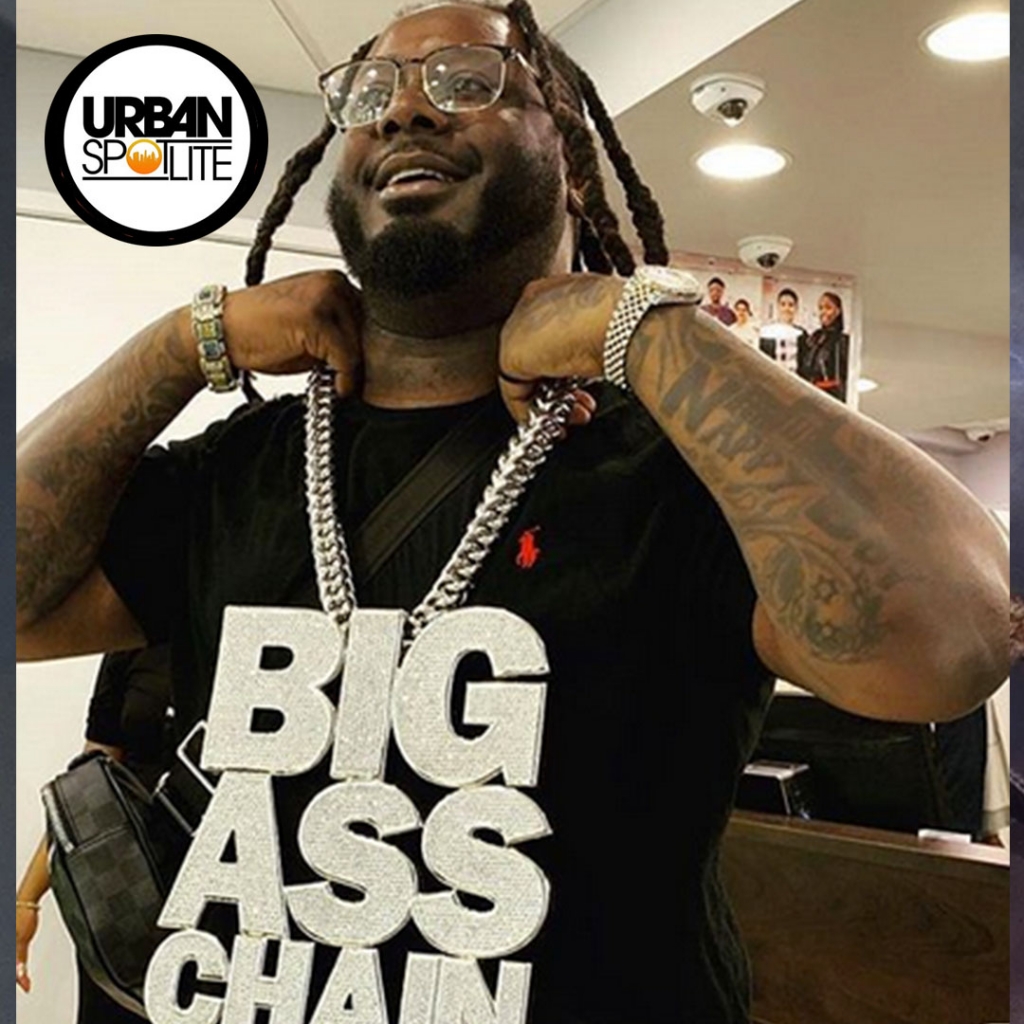 T-Pain recently discussed one of his regrets he had in his life. He explained what pushed him to buy the $400,000 chain, which he still has up to this day. “One of my biggest regrets but I keep it around to remind myself,” Pain said. “Actually now [it’s worth] probably like $200,000 at the most. Just, price just went down — the price of gold and diamonds aren’t what they used to be."


“Somebody was on the side of the stage at one of my shows and they said, ‘I bet you won’t get a big ass chain that says, ‘Big Ass Chain.’ And I said, ‘You don’t know how much fuckin money I got right now. So don’t fuckin try me.’ He continued: “I don’t know the guy, didn’t get his number, never seen him again and went and spent money on this chain to prove to this stranger that I would do it.” The gigantic “Big Ass Chain” literally weighs over 10 pounds and is made from yellow and white gold while having a whopping 197 carats of diamonds. T-Pain doen't seem to be struggling with money but unfortunately isn't currently at his "peak" in life.