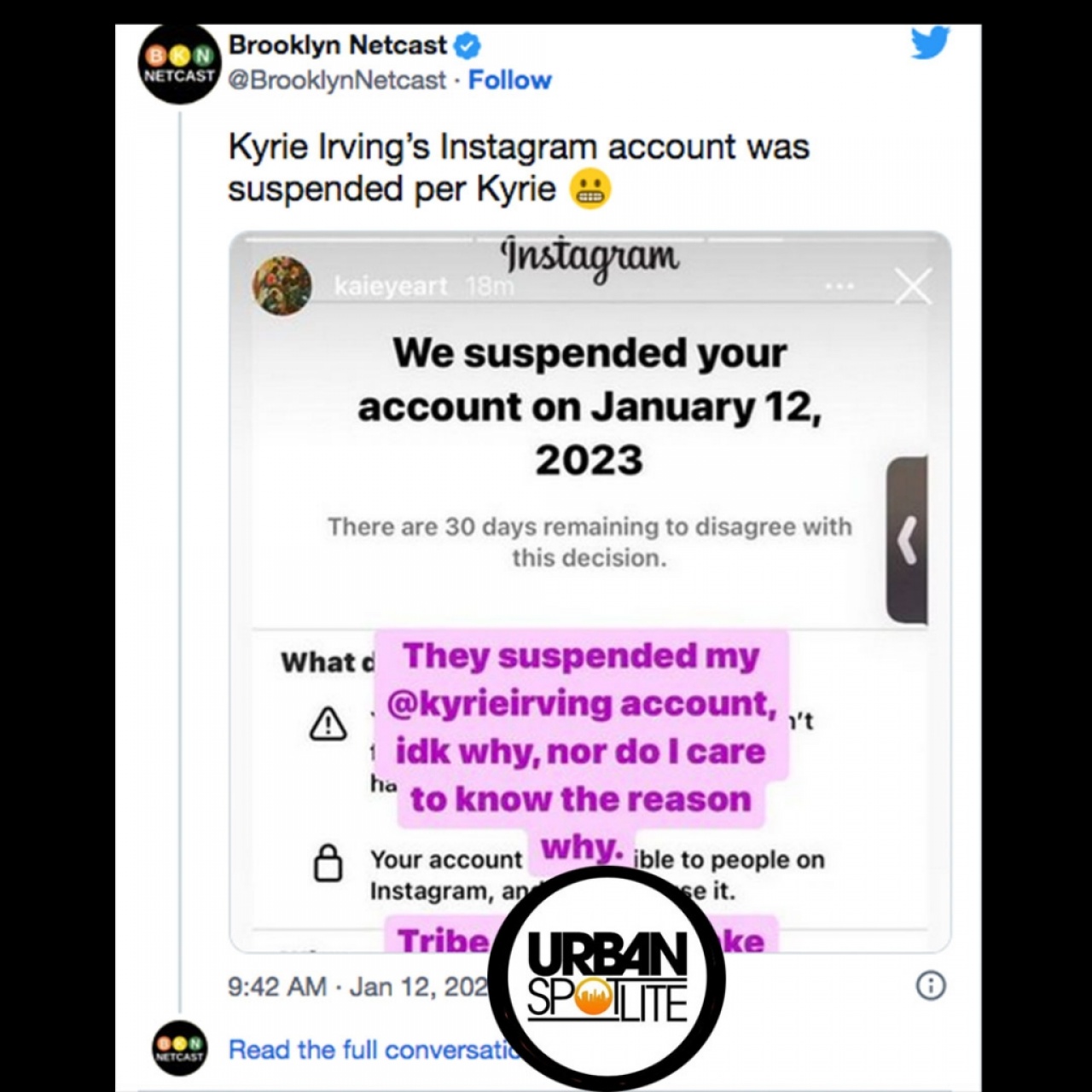 Kyrie Irving has been a pretty controversial figure since he started speaking his mind which went against his beliefs. Irving was suspended by the Brooklyn Nets just for sharing a movie title he enjoyed on his socials and as of lately he has slowed down his social media use. Overall, he is quite spiritual and his fans appreciate that about him. Recently Kyrie’s main account was suspended from the platform on yesterday. Kyrie announced this to his fans while using a second account. It was quite surprising especially since Instagram didn’t give a reason. “They suspended my @kyrieirving account, idk why, nor do I care to know the reason why,” Irving said. “Tribe My Tribe: Make sure y’all are paying attention to everything that’s going on. Stand firm no matter what.” At this point do you think Kyrie is a target?