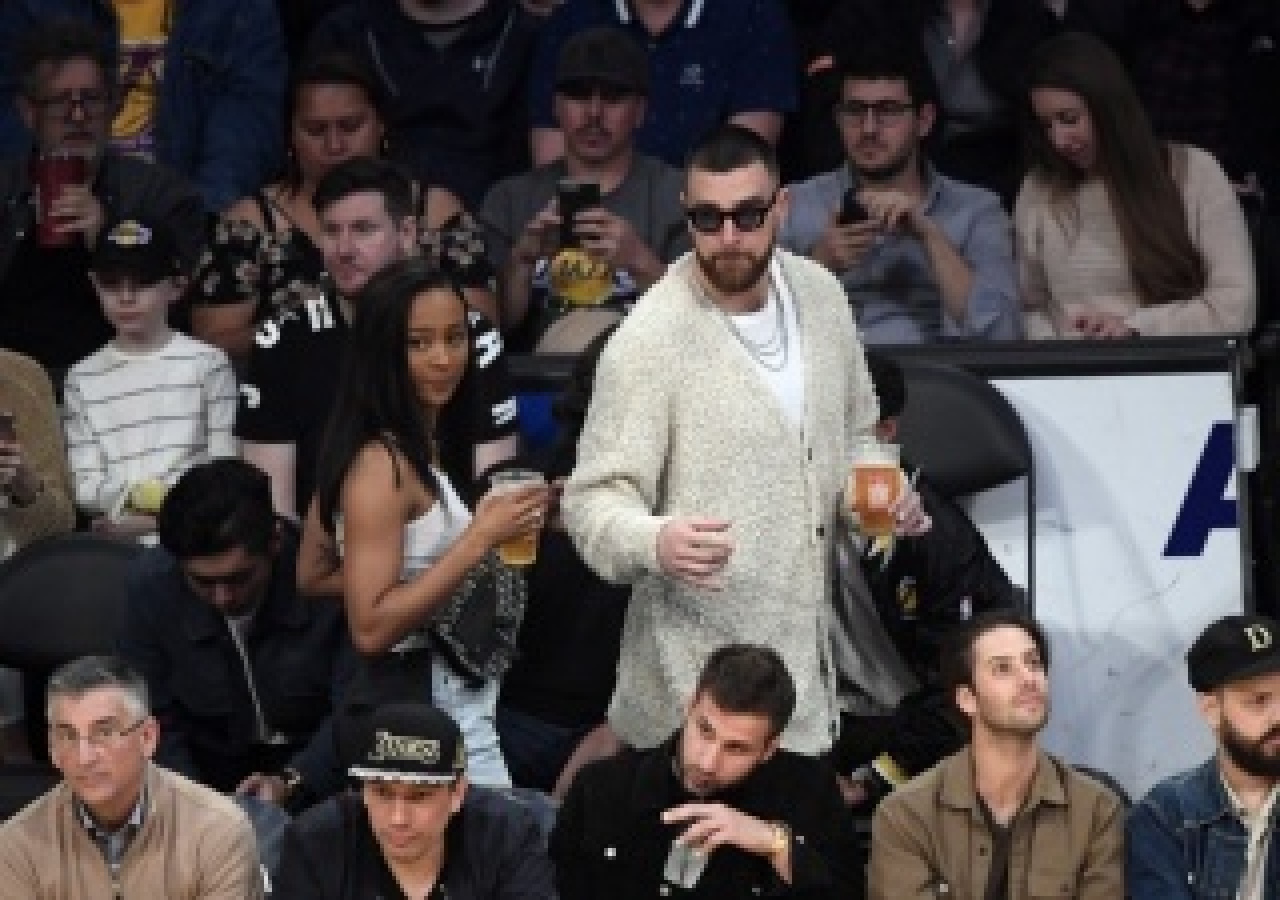 Kansas City Chiefs all-world tight end Travis Kelce is currently on a bye week with his team as they await the results of the upcoming  Super Wildcard Weekend, to see who’ll they’ll host in the AFC Divisional Playoff next weekend. In the downtime Kelce, made an appearance on “The Pivot” podcast on Tuesday, and there he discussed a plethora of things including his love life which played out in the media a few months ago. That’s when his ex-girlfriend of Kayla Nicole, an influencer let it be known that the two were no longer an item, but she also did her best to dead accusations that he was cheap.

The rumor was Kelce made her “pay for half of everything.”

During his appearance on the hit podcast the crew of Ryan Clark, Fred Taylor and Channing Crowder made sure to get Kelce’s reaction to that so-called fabricated notion. Here’s what the league’s best tight end and future Hall of Famer, told the former NFL crew.

“How crazy is that?” Kelce said. Don’t buy into that bleep.”

Kelce was quick to say Nicole supported herself and has her own athletic brand.

“I would never say I was supporting her,” Kelce said. “She had a very financially stable life nd what she was doing in her career. You’ve got to be crazy and if you think I’ve never helped or gave her a couple of dollars to grab some food or she gave me some money. We were in a relationship for five years. A hundred dollars here and a couple hundred dollars there wasn’t even thought about, which is ridiculous.”

Kelce cleaned that up just as Nicole did months ago. He also let it be known that just because he’s not with her anymore doesn’t mean he isn’t to dating. He says he’s focused on his craft right now and trying to help the Chiefs win their second Super Bowl in four seasons.

“I’m in the free agent market right now, I’m out here just enjoying life, focused on my profession,” he said.

During their time together, Kelce and ex-girlfriend Kayla Nicole seemed inseparable. It was nothing to see her at Chiefs games near star quarterback Patrick Mahomes’ wife and friend, Brittany. And who can forget when they all made the trek to the 2019 Final Four to see Mahomes’ former school Texas Tech play for the national championship. There they were altogether in the stands cheering and enjoying life.

Following their breakup Nicole seemed to be acting out on social media with tweets and even breaking down how the two became an item. She talked about how he was in her dm’s before she agreed to a date.

While she did deny the rumor of him making her pay for half of everything, she took to TikTok to express her feelings following the breakup.

“You’re not stupid Kayla… No, I am actually…

While she was hoping for a ring, Kelce had other plans.

This season marked the seventh consecutive that Kelce reached the 1000-yard receiving plateau, the most all-time. It further extends his record, over Hall of Famer Tony Gonzalez and future Hall of Famers Jason Witten and Rob Gronkowski who are all tied for second  with four such seasons. But get this, none ever had consecutive 1000-yard seasons, making Kelce’s feat even more impressive.

In December when Kelce reached the mark,  Chiefs head coach Andy Reid raved about his star pass catcher, telling reporters this in his postgame presser.

“It’s quite a tribute to him.” coach Andy Reid said.