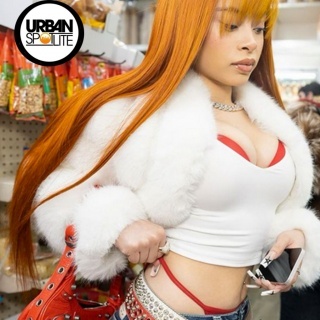 
Club Shay Shay is a interesting show which Shannon Sharpe has guests on and talks to on a regular basis. Comedian Druski recently made an appearance making a few revelations. Druski said he's trying to get to know Ice Spice a bit better. “I was trying to get with Ice Spice,” Druski told Shannon Sharpe. “That was me. I still ain’t got a chance. I mean, I tried.” Sharpe tried to encourage him. “You can get her info!” Druski replied, “Come on, man. You gotta let it ride. Gotta let it come to you. So, right now, I’m in that process. Shawty, if you watchin’, I’m here.”

Sharpe was under the impression that Druski at least had Ice Spice’s phone number. “Nah, I don’t got her number,” the comedian answered. “How I said it—you gotta let it come to you ’cause at the end of the day, I’m the prize!” Druski played it cool and joked, “Yeah, she’s somethin’. She got a little something on her.” Shannon Sharpe then asked felt about Ice and if he would take her seriously and Dru responded by saying  “I really would—I like shawty,” he said. “I ain’t—that’s why I told her, it ain’t even about the music and all that. To me, you gon’ get me.” Ice Spice is an upcoming rapper from the Bx who has had moderate success with "Munch" but has a few other singles out as well, the problem might be for her is her pretty looks may overshadow her music. What are your thoughts guys? U feeling Ice Spice?