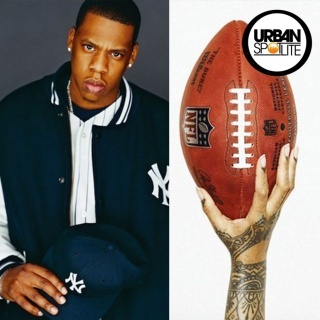 Having Jay-Z as a mentor is never a bad thing, I mean after all he did have about 10-12 summers locked down with albums underneath his belt in his "white hot" era as he likes to call it. Now he is spreading his knowledge by assisting the beautiful and talented Rihanna with the same mentorship he gave his Roc-a-fella artists back in the days. The SuperBowl this year will take place in Arizona at State Farm Stadium. While some fans are hoping for a Eminem appearance, since the duo have several songs together it is stated that Rihanna only has 12 minutes on the stage. While many are awaiting a new album from Rihanna, she has become a billionaire with her successful Fenty lingerie line and continues to evolve as the years go by as she just gave birth to her first daughter with rapper A$AP Rocky. Rihanna's song "Lift me up" on the Black Panther sequal was an amazing display of her talent and lets see what else she has in store.
at State Farm Stadium in Glendale, Ariz., on Feb. 12.