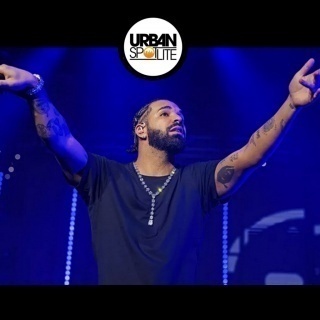 
We haven't seen an artist with a run this long since Jay-Z, admit it. As Drake slowly becomes what some deem an "OG" in the world of hip hop, he continues to soar and take over wherever he goes. Kanye saw it coming and didn't know how to handle the pressure, but Yeezy is already a legend in the culture but thats a whole different story in itself. Instead of competing with people, why not give flowers to those that came before you?

Drake understands this concept: be cool, collab, and pay respect to the originators of a culture that has brought you immense wealth and power.

Drizzy did just that by bringing out other legends in the business as well at his performance last night at the Apollo theate. None other than Dipset’ popped up on stage performing hits like  “I Really Mean It,” “Dipset Anthem,” and “We Fly High (Ballin’)” together. All four of them came out on stage and Drake even wore Cam’ron’s iconic pink fur coat and hat. Before he bought them out he said: "These guys right here from Harlem made us dress different, talk different, walk different, rap different — all the way in Canada,”

DRAKE GOING ON TOUR TO REMIND HIS EXES IT'S THEIR LOSS


While performing at the Apollo theater, Drake also brought out 21 Savage to perform hits from Her Loss and hinted at a tour. For those of you that like to enjoy seeing your favorite artists Drake said:

“I was telling them earlier but if you guys enjoy that experience, feel free to come see and my brother this Summer."It is said the two will be hitting Chicago, Detroit, Glendale, Foxborough, Philadelphia, Charlotte, Miami, Atlanta, Inglewood, Las Vegas, and more. Drake also teased working on a new album the night before.

“I appreciate all of those people that stick by me.… but I deeply appreciate everybody for continuing to support us,” he said. “I’ve thought about a bunch of things in life, but at this moment in time none of those things are stopping making music for you, so I’ll be here for you for a little bit at least. And I hope I can strike up more emotions for you, maybe this year. I might get bored and make another one, who knows!”
Advertisement
Tags:  DRAKE . DIPSET. 21 SAVAGE