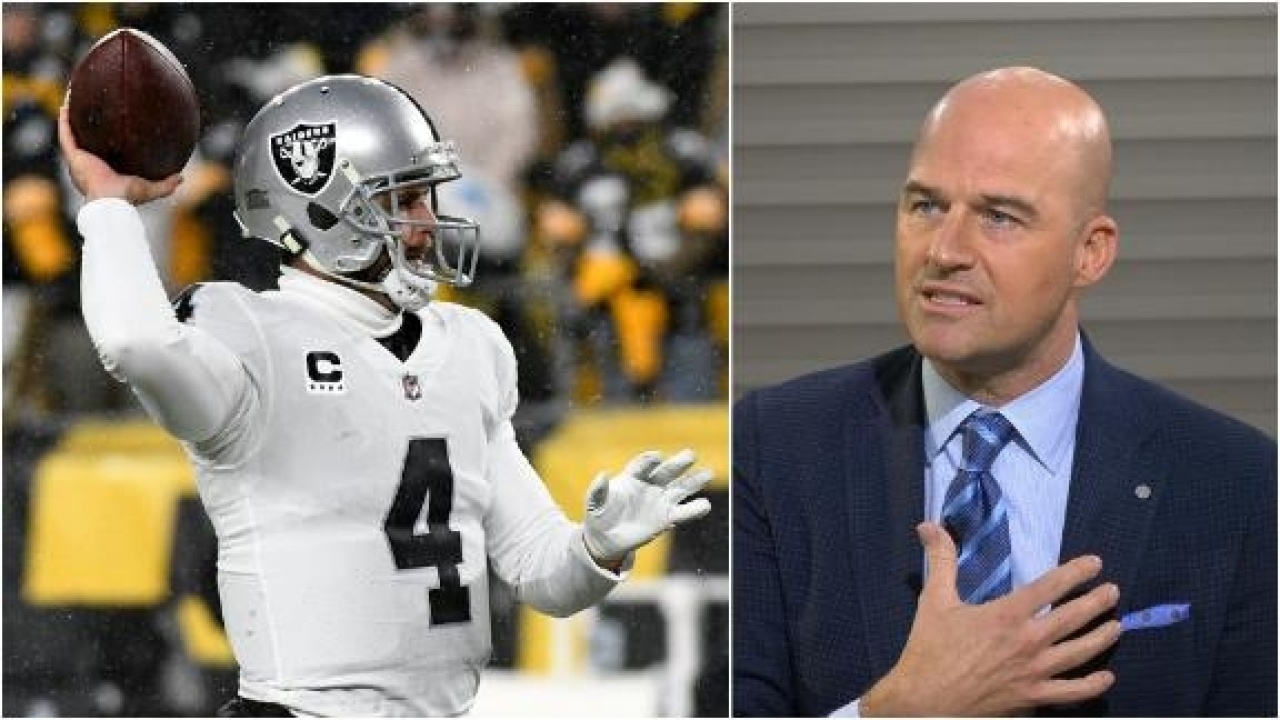 The New York Jets were good enough in every area this past season except quarterback. That’s where second-year quarterback and 2021 No.2 overall pick Zach Wilson struggled mightily, while also displaying some real immaturity along the way. Wilson’s play or lack thereof put a stranglehold on a once promising season for the Jets. That has many outside of the Jets brass believing they need an upgrade at the game’s most vital position.

Speaking on a recent episode of ESPNs Get Up, former NFL quarterback Tim Hasselback mentioned that he could see Raiders quarterback Derek Carr joining the Jets. Carr and the Raiders came to an agreement that it was time to part ways a couple weeks, and the team will now attempt to trade him by February 15th, if not he’ll be released.

“Well, I think they need an upgrade at the position. He is clearly an upgrade. I think he’ll be in demand, to be honest with you. And I think he’ll probably want to go somewhere where he can have success.”

“It’s a total overhaul of that offense in New York. But there is talent on the roster at running back and receiver. They have a very good defense and so I think Derek Carr ends up being a nice solution there.”

Carr to the Jets would be a huge deal, when you consider what they experienced with the aforementioned Wilson, Mike White, Joe Flacco and even former practice squad QB Chris Streveler who replaced Wilson in a Thursday night loss to the playoff-bound Jaguars. That’s how bad it got for Wilson and the Jets offense this season.

Carr Has Been Solid In NFL Career

In two seasons Wilson is 8-14 as a starter, with  just over 4,000 yards passing, 15 touchdowns and 18 interceptions. Unfortunately, Wilson looks like a bust and the Jets seem to have made a huge mistake taking him No.2 overall with Bears quarterback Justin Fields and Patriots signal caller Mac Jones still available. While, Wilson looked great making combine and pro day throws, he looked nothing like that  on Sundays, and for that reason the Jets wasted a great defensive effort in 2022.

One led by rookie cornerback Sauce Gardner who showed why he was the No.4 pick in the 2022 NFL Draft. And defensive lineman Quinnen Williams once again demonstrated his dominance on the interior of the defensive line. But it was all for naught because of an anemic offense led by Wilson.

Jets brass hasn’t been shy in letting it be known that they still believe in Wilson, with head coach Robert Saleh telling reporters this about his QB prior to last Sunday’s season finale.

“Through hell or high water, we’re going to figure out how to get him to where we know he can be.”

Maybe offensive coordinator Mike LaFleur, the younger brother of Packers head coach Matt LaFleur, didn’t see it that way. And after just two seasons, per Saleh he reportedly left to pursue other opportunities around the league.

“Over the course of the few days, we just got a lot of inquiries about his availability from some teams,” Saleh said. “Just talking with Mike, just felt like it would be in everyone’s best interest to pursue other opportunities. So, he’s going to be fine.”

Sounds like LaFleur wasn’t on board with the Wilson situation, so he’s out. If they stick with Wilson he’ll have a front row seat to the highly plausible implosion of an offense with him at the helm.

But adding Carr would do wonders for the likes of Breece Hall, CJ Uzomah, Garrett Wilson, Corey Davis, and Elijah Moore. And a defense that’s playoff ready, but waiting on at least an adequate offense to support them.